Inaugurating the panel, which is being chaired by Chief James Ikeyi, SAN, Gov. Ugwuanyi, who was represented by the Secretary to the State Government, Prof. Simon Uchenna Ortuanya, stated that the decision was in keeping with the unflinching commitment of the state government to sustain the enduring peace in the state for political and socio-economic development to continue to thrive.

The governor maintained that “no business or investment can thrive in any society without adequate peace and security of lives and property”.

He therefore directed that “all claims to, and/or activities on the disputed parcels of land should cease forthwith until final submission of panel’s report and state government’s disposal action on the matter”.

Responding on behalf of the members, the Chairman of the panel, Chief Ikeyi, thanked Gov. Ugwuanyi for finding them worthy to serve the state in that capacity and promised him that they will discharge their duties creditably, without fear or favour.

Shortly after the inauguration, the panel issued a public notice, calling for “Memorandum from individuals, groups and any other person(s) directly or indirectly affected by the land dispute or that may have any claim regarding the Land in dispute”.

A statement by the panel’s Secretary, Robinson O. Odo, stated that “your submission shall be in ten (10) copies on A4 paper size, double spacing and addressed to: The Chairman, Administrative Panel of Inquiry Into Ugwuaji Land Dispute, Room 2A, Abuja Building, Government House, Enugu”.

He added that “submission of Memorandum ends on Tuesday, 15th September, 2020”.

Below is a copy of the statement: 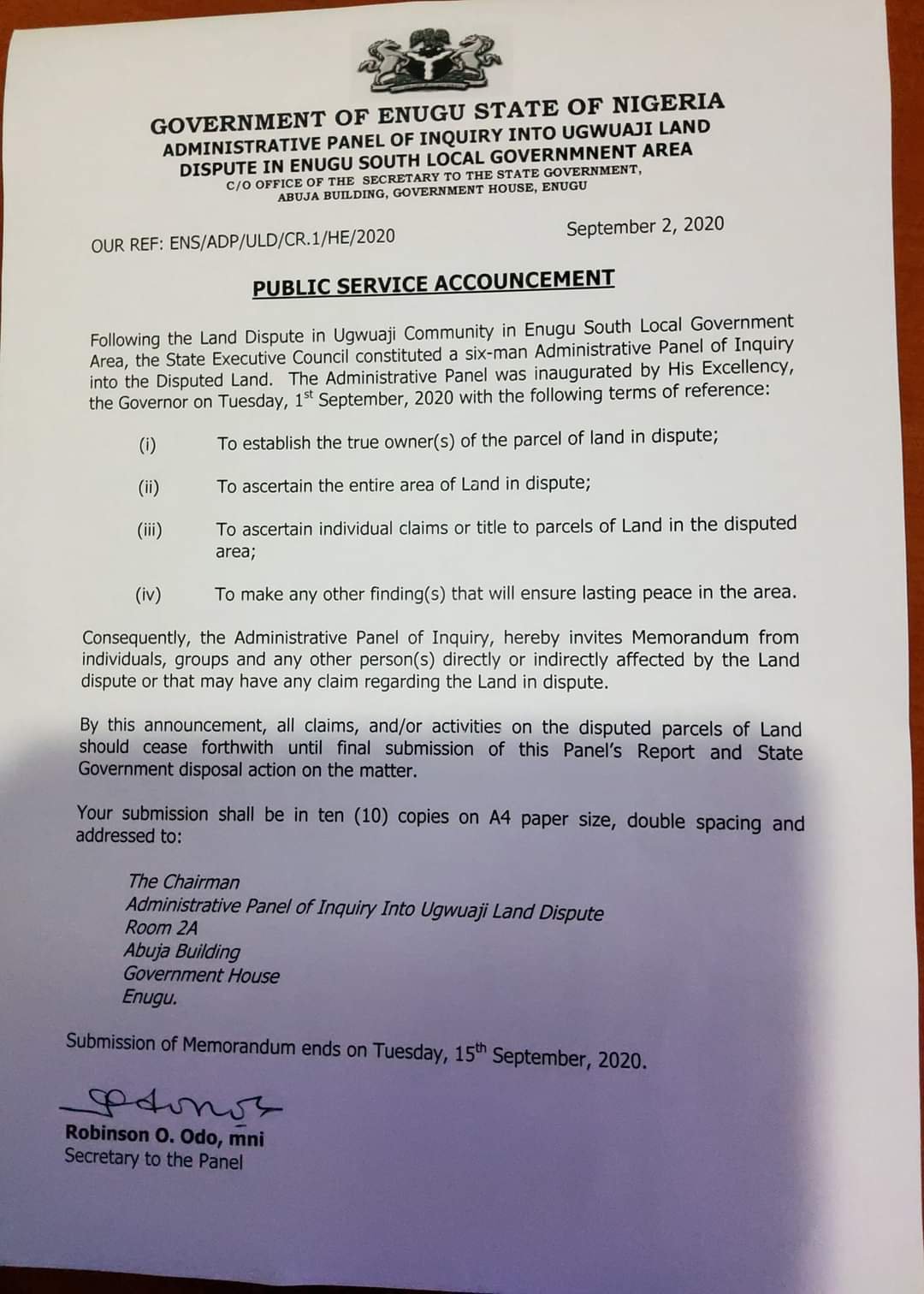