Home NATIONAL NEWS EXCLUSIVE: Nollywood Actor, Emma Ehumadu, (aka. Labista) Speaks On Attack By Nigeria Police During #EndSars Protest In Umuahia … They first teargassed us (A must read)
NATIONAL NEWS

EXCLUSIVE: Nollywood Actor, Emma Ehumadu, (aka. Labista) Speaks On Attack By Nigeria Police During #EndSars Protest In Umuahia … They first teargassed us (A must read)

Famous Nollywood Actor, director, and producer, Emma Ehumadu, (aka. Labista) has cleared the air on the attack unleashed on the protesters in Abia state, yesterday, by some trigger happy Nigeria Police officers.

The renowned son of Amafor Isingwu, in Umuahia North LGA of Abia state, while speaking in an exclusive interview today, with Famous Reporters, at one of the Hotels in Umuahia, the state’s capital, debunked the romour that went viral in the early hours of today, concerning a purported restriction of his movement by the Nigeria Police, Abia state command.

Labista said point blank that there was no any sort of attempt whatsoever, by the Police to arrest him, explaining that he freely returned to his hotel room after what he described as a “peaceful protest.” 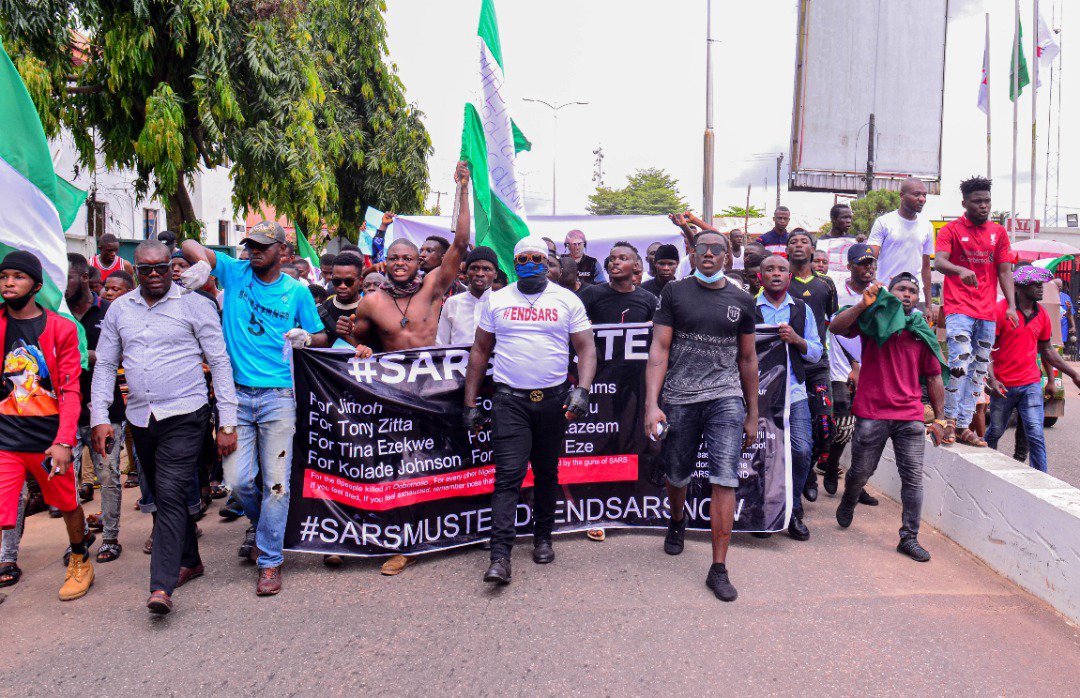 He reprimanded the Buhari led government, alleging a crystal clear insensitivity as displayed by the government towards the yearning of the citizenry. 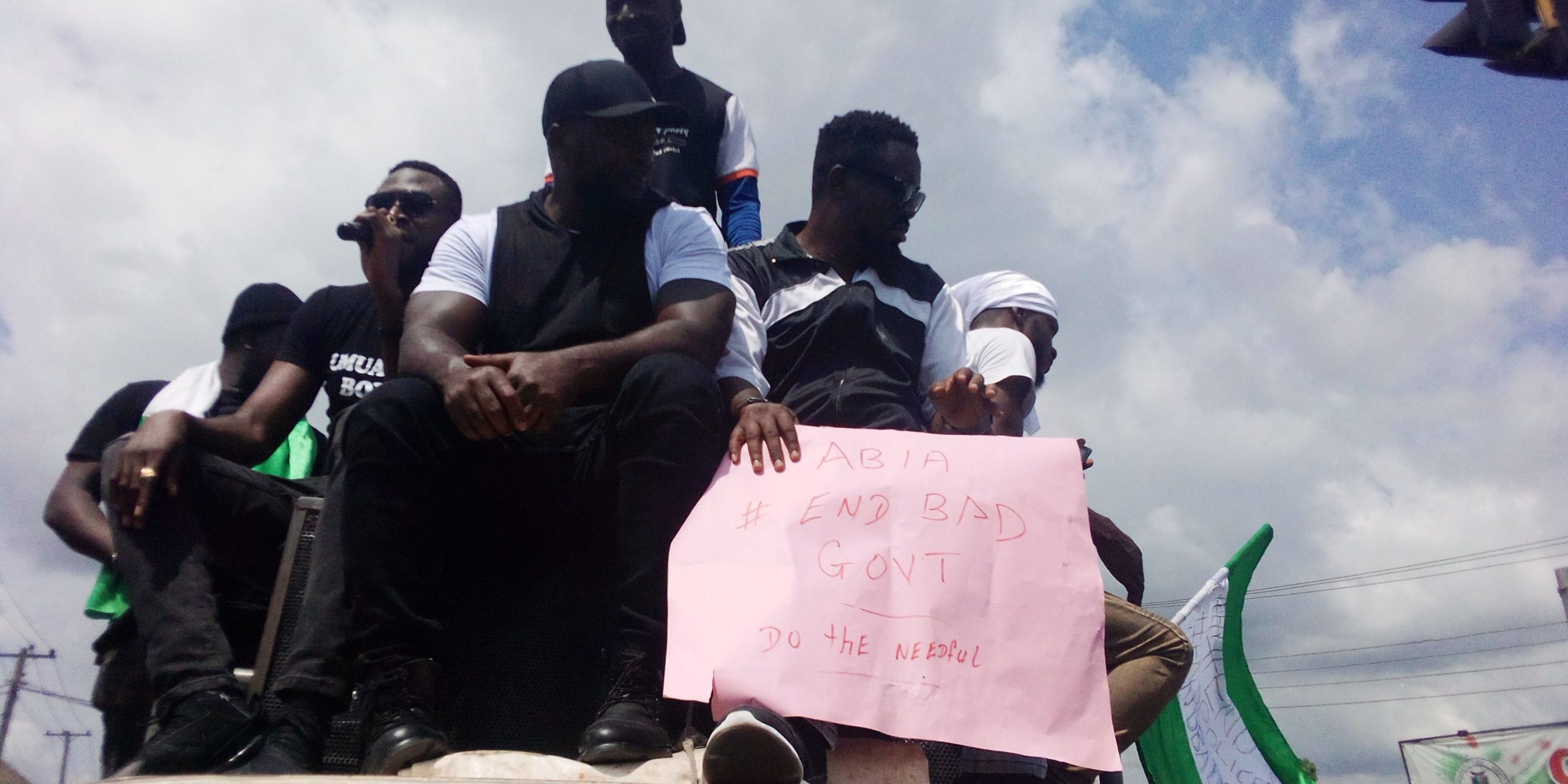 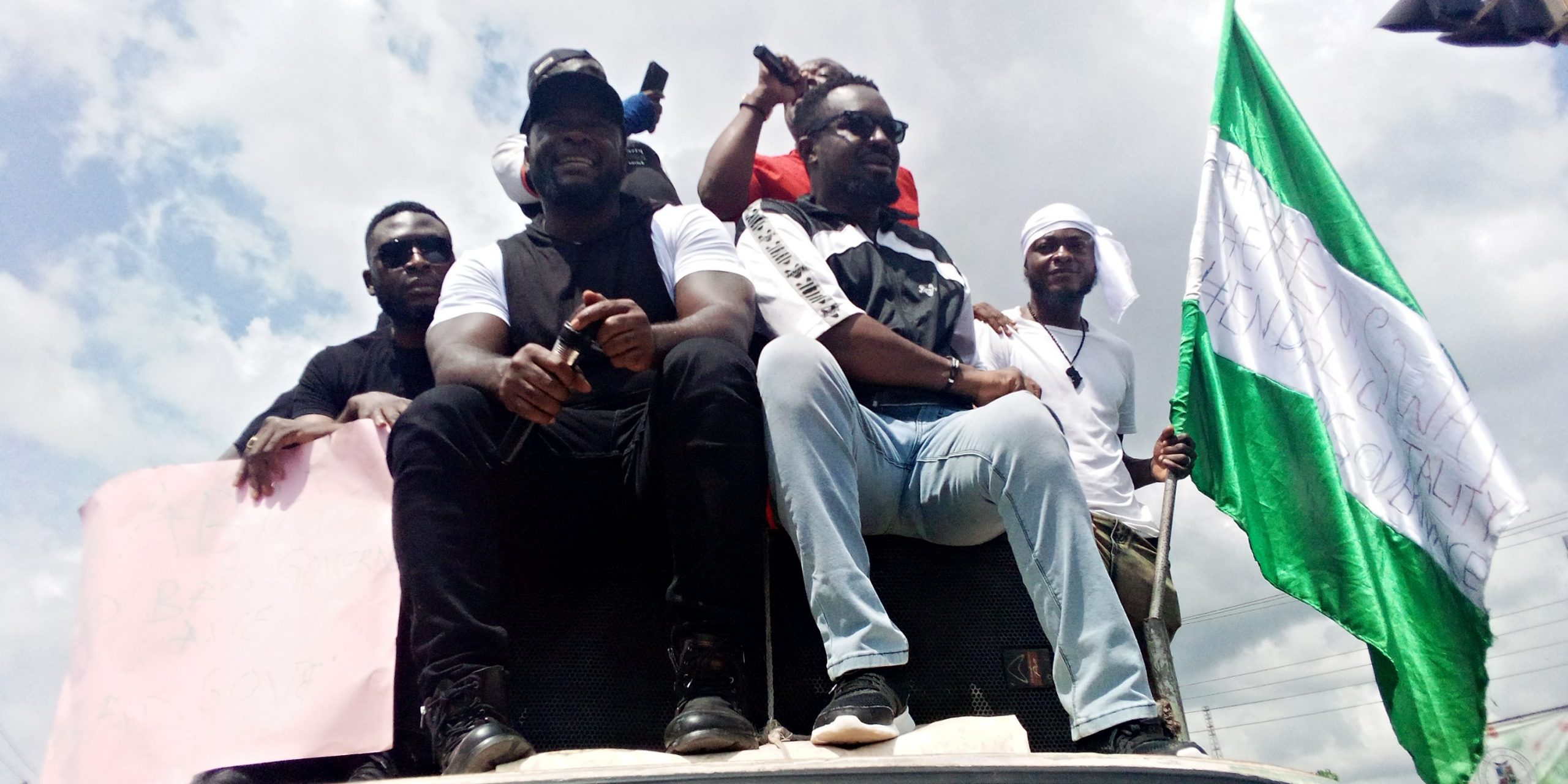 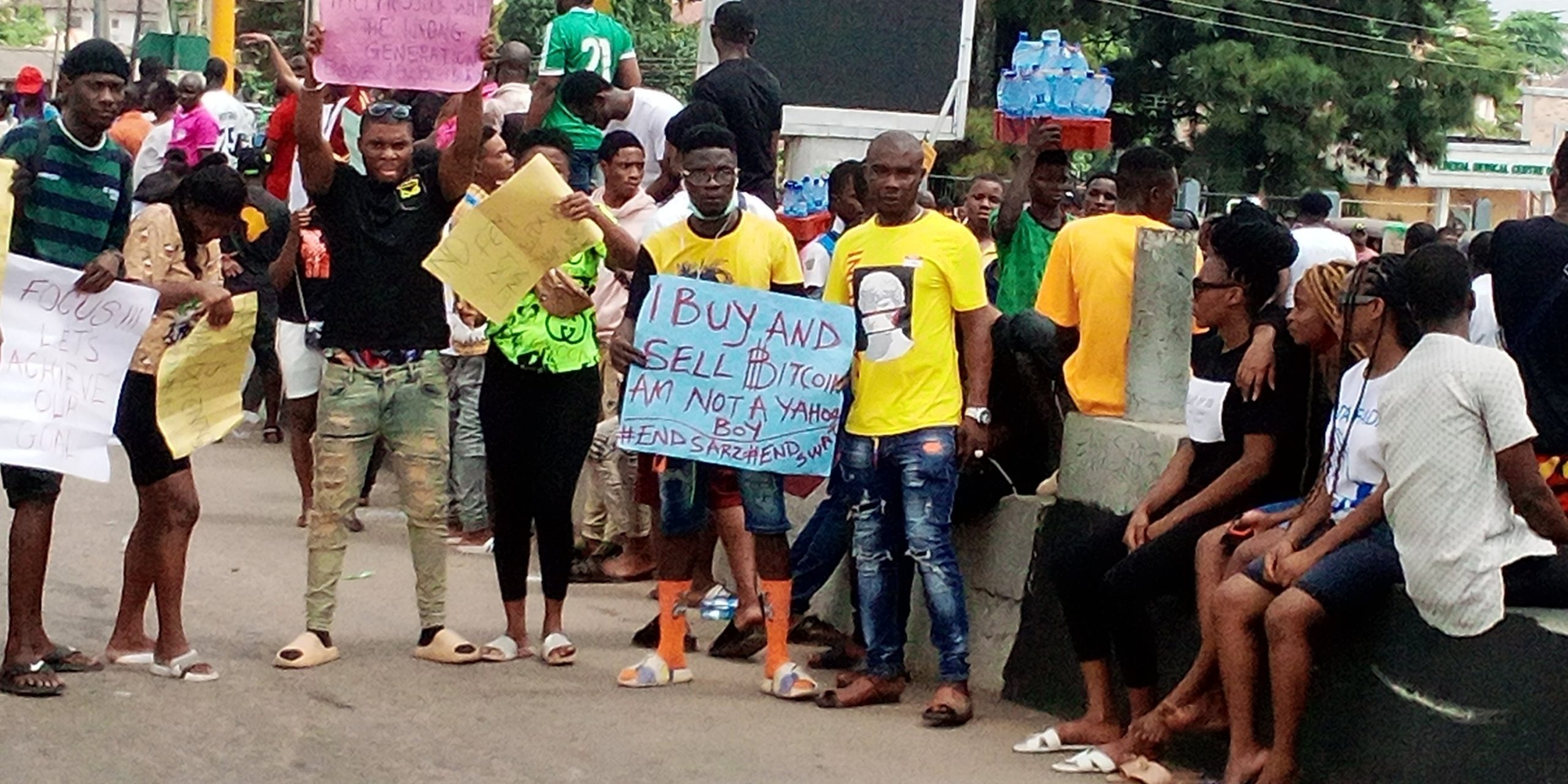 Hear him:
“It’s the brutality from the Nigeria Police that made Nigerians start to remember the rest of the things that bother them such as bad roads, poor electricity, poor medical infrastructures and poor educational system and a lot more.

“So, the #EndSars was the one that kicked off the protest and Nigerians began to attach so many other things that bother them. That’s why you see in some placards #EndBadGovernance.

Narrating the incident that occurred yesterday, he said:

“We had a very peaceful protest here in Umuahia. And yesterday, we were peacefully marching from Akanu Ibiam (Bank Road), because we thought that the governor would come out to address us but he didn’t probably because he was not in town, I don’t know… And when we didn’t hear anything from the governor, we decided to march to the House of Assembly probably if the Speaker was available, he would come out to address us because the essence was for the government to hear us why we place our demands of certain things  but later I heard that the Speaker was not in town so we left that ground.

We wanted to march through the Police Headquarters back to Aba road where we took off from. So, as we were marching,  we got to the Police headquarters and didn’t stop for once but we continued moving even though from their preparations with guns, we felt they were probably scared because the crowd was quite massive. In fact, Umuahia had one of the most massive crowd ever since the protests began and I guess the Police were a little bit apprehensive.

Prior to that, we heard that the youths in Aba attacked the Police station and a Police man was killed. So, when I heard that, I told some of the youths that we should not pass through the Police station, because of what happened in Aba that the Police were apprehensive and their trigger might be itching because the Aba incident. But, they insisted that even we were not going to stop over at the police headquarters, we would just pass through and that was how we did it. We passed through the Police headquarters and nothing happened. But, upon getting to the other Police station, CPS, that was when we noticed another set of well armed Police men and we thought it would be like what happened when we passed through the Police headquarters where they were just guarding themselves. We were still on the move and then the next thing we started hearing were gunshot.”

On the allegation that the protesters began casting stones and other harmful objects at the men of the Nigeria Police stationed at CPS, he said:

“I’m not aware of the casting of stones at the Police but what really happened was that when  they began shooting in the air, the boys ran and came back with stones and that was when the police released the teargas.

Speaking further, he said: “there was no initial argument. The crowd was too much and there was no how i could have been in total control of the boys and girls.

But, when I woke up this morning and saw what was trending on the internet, I had to quickly put up a refutal and in my words, I wrote:

“Let Me Use This Opportunity To Debunk The Information Making Round All Social Media That I Emmanuel Ehumadu Was Arrested During The Peaceful Protest In Umuahia.

“Yes There Was A Peaceful #Endsars Protest In Umuahia Which I Was Part Of… It Was All Peaceful Until We Were Teargased By Members Of The Nigerian Police… “In The Middle Of The Commotion, I Left The Ground Immediately Back To My Hotel..then Heard About The Shooting At Lagos Toll Gate… It Became A Very Emotional Moment For Me As I Cried Myself To Sleep.

“I Woke Up This Morning To The Rumour That I Was Arrested And Have Been Receiving Calls From Friends Family Fans And Well Wishers. I Want To State Categorically That I Was Not Arrested Or Shot. “I am Fine, Healthy And Strong. Thank You All For Your Concerns. God Bless Abia State And God Bless Nigeria.”

Meanwhile, he expressed regrets at the insensitivity of the government towards the people that have elected them.

“The only regret I have is the insensitivity of the government to the people. I don’t know why they would think that using Force on the citizens should be their last resort. Government should have taken more different measures to address the situation and it wouldn’t have to degenerate to all of this.

“Since this #EndSars protest started, it could have been quenched but the reason it continued asides Nigerians remembering the fact that a lot has happened, they wanted to see things working because Nigerian government is used saying things but wouldn’t do it. They’re fond of saying things, maybe for people to hear and calm down but then at the end of the day, nothing is being done especially this #EndSars matter, it didn’t start today. This protest has been going on for years but nothing was being done about it. Every now and then, they come up and say that SARS has been disbanded but at the end of the day, it’s not true so the youths wanted to see actions; they wanted to see that the government is working.”

Further, Umuahia born Star urged Abians and Nigerian youths in general to discard the alleged collection of #10m in the state to end the protest, insisting that they were out to fight a good course and “we cannot stoop so low to betray our youths”.

“We were not paid by anyone to end the protest neither were we being sponsored by anyone. I’ve heard people saying that we were sponsored.”