Contrary to the end time news flying in the air, the state Pastor of Dunamis Int’l Gospel Center, Umuahia, Abia State has affirmed that the ordained New World Order, (NWO) shall be preceded by rapture for every believer.

Speaking in an exclusive interview with Famous Reporters at his Umuahia, the state’s capital, Pastor James Msonter aka. Egbeligwe reassured believers of God’s involvement in the affairs of mankind, insisting that God is still in charge of the affairs of the world and its inhabitants.

According to the anointed Clergy, the actualization of the NWO can only be facilitated by the implementation of
the order of Christ in totality.

Hear him: “It’s not everything that Christ want to implement that has been implemented. And there’s no way you can have two kings in one kingdom. However, before the coming of Christ, there will be so much agitation in the kingdom of darkness. Now the whole idea is in preparation for the unleashing of the son of perdition which is the Antichrist and before the Antichrist comes, these things must happen: old structures will be made away with and new structures must be put in place to make the platform conducive for the Antichrist. That means, there’s going to be a new business and educational platforms, etc. Things will change”, he said.

Speaking further, Egbeligwe argued that the nefarious activities of the Antichrist were in line with the fulfilment of God’s ordinances, but maintained that its manifestation would not intercept the taking up of the saints by the Most High.

READ MORE:  WHO urges unity on vaccines as new jab submitted to US regulators

Pastor Msonter who charged believers in Africa and all over the world to fasten their belts towards the propagation of the Gospel of Christ, reminded that followers of the devil had not given up on their quest to erect structures in anticipation of the NWO.

Hear him: “The New World Order, (NWO) is not permitted to be in effect before the rapture takes place. I’m glad to announce that God has not handed the world to Dr. Fauci and Mr. Bill Gate. God is still very much in charge but they are laying structures. Just like we work for God, there are people who also work for Satan; just like we’re propagating the kingdom of God, there are people who are also propagating the kingdom of darkness.”

Continuing, he said: “Now the unleashing of the Antichrist is prophetic, the Antichrist will surely come, and that’s why structures are being put in place, the same way, as pastors we’re putting things in place to ensure that believers are serving God the way God wants it, in the same vein, people who are against Christ are putting structures.

“The scripture says that the son of perdition will be unleashed and it is only permitted to take place after we have been raptured. But, as long as the believers are still here, the New World Order cannot take effect. I see there is a lot of agitation but the order of Christ will never be taken out of place until we are raptured. The Bible says “whatever the Lord doeth is forever. So, we’re talking from the biblical view. It says; “of his government there shall be no end… Isaiah 9:6,7.”

“He’s going to be unleashed but it’s after the rapture and to make this happen, structures are going to be demolished and the world will not remain the same. So, they’re gradually working towards that but before then, believers must be raptured.” 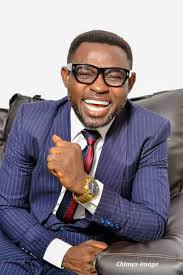 Egbeligwe, who charged believers to relentlessly render their services to God, without mincing words, restated that the proposed Antichrist policy would be technologically driven, hence the current assiduous efforts evidently geared towards the advancement of technology.

What you need to know about coronavirus right...

Ben Carson reflects on Juneteenth: ‘To commemorate the...

US sends warships to Caribbean to stop drugs

Norway advises against all foreign travel amid virus...