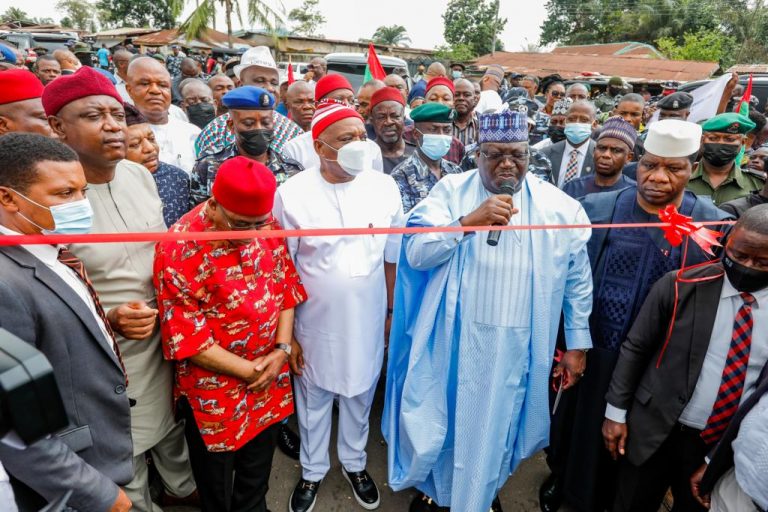 The Chief Whip of the Senate, and a former Governor of Abia State Senator (Dr.) Orji Uzor Kalu has expressed heartfelt regrets over his inability to commission projects which he had attracted and completed in his country home, Igbere, as well as Nkporo, in Abia State.

However, the people oriented leader
whose schedule did not create room for the commissioning of other projects in some parts of his Constituency, could not sweep the oversight under the carpet.

Senator Kalu, therefore, did not hesitate to take to his Facebook handle to apologise for the inconveniences his failure in that regard could have caused the communities, explaining that it is consequent upon exigencies.

Reportedly, members of his Constituency who were regrettably not captured in the course of the exercise, were ironically dressed in readiness for the glamorous arrival of the day Chief Whip alongside the Senate President.

In his apology message to the traditional rulers and entire community members of both Igbere and Nkporo, the love driven Senator, amidst humility wrote:

“This is to also appeal and apologize to all Igbere traditional rulers , community men, women and the youths who trouped out en mass to welcome the Senate President , Dr. Ahmad Lawan yesterday. It’s unfortunate we couldn’t meet up with the commissioning of projects in Igbere and Nkporo .

“I accept that the inconveniences caused to the people is not deserving. We could have commissioned the projects and spent time with everyone but for the limited time on the part of the Senate President.