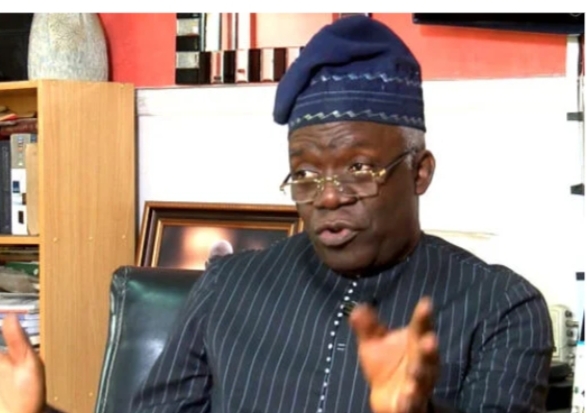 The Alliance for Surviving COVID-19 and Beyond (ASCAB) says the failure of the federal government to prosecute suspected insurgents and bandits have emboldened them to carry out more attacks.

ASCAB, decried the obvious negligence of the All Progressives Congress, (APC) led Government, under the leadership of President Mohammadu Buhari in fighting insurgency and providing a lasting solution to same over the years.

ASCAB, a civil society coalition, who lamented that the bandits’ attack on the Nigerian Defence Academy (NDA) in Kaduna was a proof of the extant insecurity in every part of the country.

This is contained in a statement signed by the interim Chairman and issued to newsmen on Sunday by Femi Falana.

According to the aggrieved group,
“Since the Boko Haram war began 12 years ago, terrorists have attacked the United Nations Headquarters Office in Abuja, Nigeria Police Force Headquarters in Abuja as well as Police Stations and Correctional Centres in some States,” the statement reads.

“Apart from the destruction of public property, the terrorists killed scores of people and injured many others during the violent attacks. But as the criminal gangs who carried out the dastardly acts were not apprehended and prosecuted they have become emboldened to the extent of attacking military institutions.

“The Alliance on Surviving Covid 19 and Beyond (ASCAB) strongly condemns last week invasion of the Nigerian Defence Academy in Kaduna, the brutal killing of two officers and the abduction of another officer by a group of terrorists. By attacking the military institution, the dangerous criminal elements had wanted to prove that nowhere is safe in Nigeria.

“To prove the criminals wrong the federal government should ensure the immediate release of the abducted officer and proceed to arrest the criminal elements who committed the heinous crimes.”

ASCAB said it is the constitutional responsibility of the federal government to protect the lives and property of the people, and that the failure to do so has compelled a number of parents “to negotiate with terrorists and pay ransom running to hundreds of millions of Naira to secure the release of their abducted children”.

“However, ASCAB is sad to note that the federal government has refused to prosecute the sponsors of terrorists who were recently arrested and interrogated by the State Security Service,” it said.

“In particular, the office of the Attorney-General of the Federation announced in April this year that arrangements had been concluded for the arraignment of 400 sponsors of terrorists and 800 terror suspects at the Federal High Court.

“In the same vein, the majority of criminal elements arrested for taking part in the kidnapping, armed robbery and extrajudicial killing of unarmed citizens in all the States of the Federation have not been prosecuted by the attorneys-general of the respective states.

“It is such official impunity that has accentuated the violent attacks on innocent people by the so-called bandits and unknown gunmen. In many instances, the suspects were arrested and paraded by the police and other law enforcement agencies but released to continue their criminal activities.

“For instance, the police and the army have arrested members of the criminal gang that recently killed 22 travellers in Jos, Plateau State. But up till now, the suspects have not been charged with conspiracy and culpable homicide before the High Court of Plateau State.

“It is on record that the State Attorneys-General has not deemed it fit to prosecute the several criminal suspects arrested, detained and paraded by the police for terrorism and illegal possession of firearms including AK 47 rifles.

ASCAB said for the federal government to successfully fight insecurity, it much “charge all suspects indicted for terrorism, culpable homicide, kidnapping, armed robbery and other violent crimes before appropriate courts”.