FG LOAN: Outrage In Imo Over Uzodinma’s False Claims *Has Uzodinma’s Regime Broken Beyond Repair? *Figure it Out Yourself! 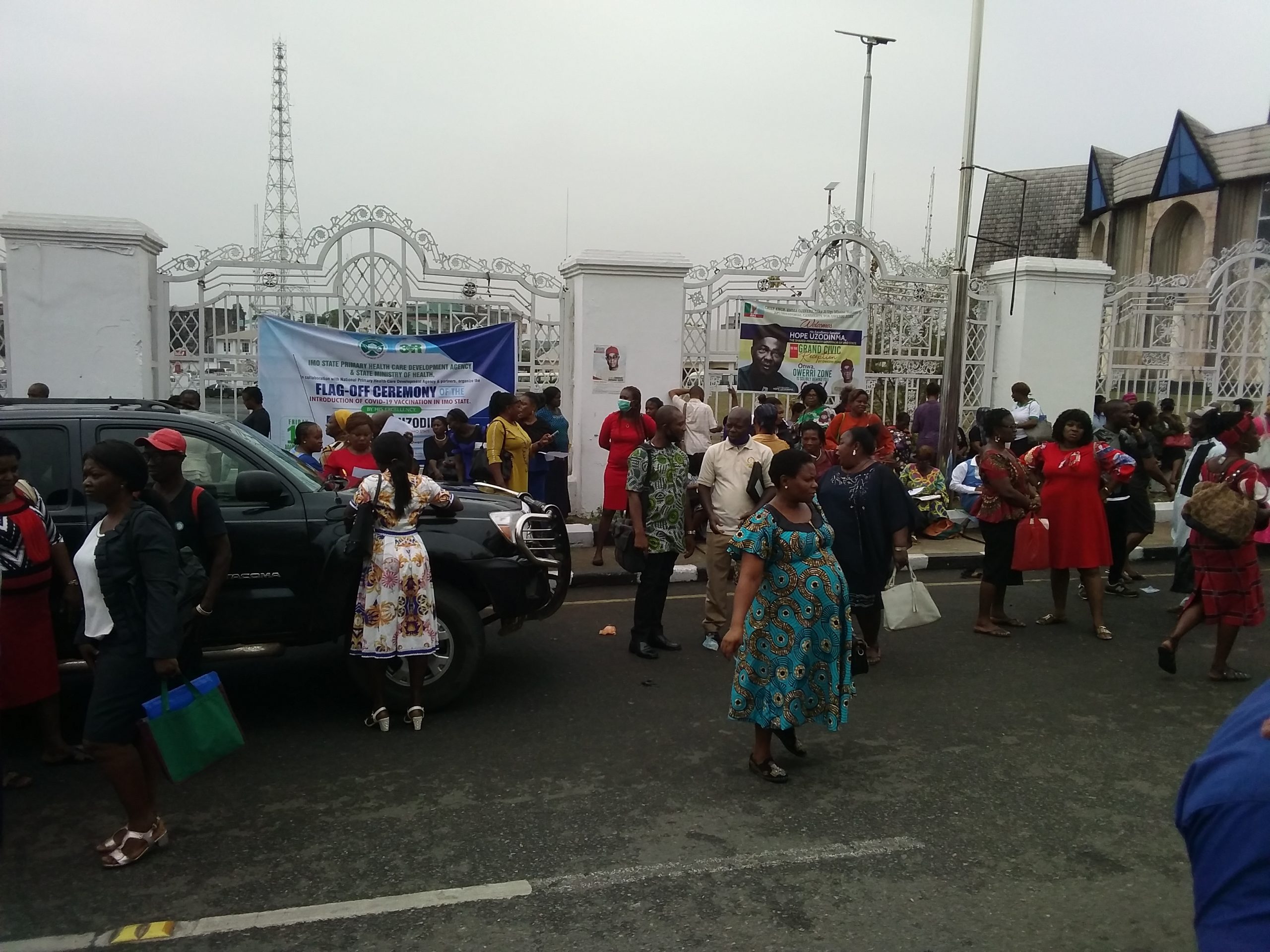 “The reality is that the regime of Uzodinma has broken down beyond repair, and it is headed to its terminus.”

Imo people have taken a swipe at Governor Hope Uzodinma for claiming credit for the N4 billion loan released to the youths of the state by the Federal Government.

In various reactions trending online, the people of the state have continued to blast Uzodinma for peddling falsehoods and trying to score cheap political points with money that is not his own.

“Why has it become impossible for Hope Uzodinma to tell Imo people the truth? Why would everything be politicized in Imo simply because Uzodinma wishes to portray himself as having been accepted by Imo people? Does he think Imo people are daft? Please, take a message to him: Imo people are many miles ahead of him in enlightenment!

“The Federal Government has just released the sum of N4 billion to Imo State youths as post-Covid-19 stimulus. It is designed to be a loan, even though such loans are hardly repaid in Nigeria. The money has no contribution whatsoever from the regime of Uzodinma. As conceived, what each applicant is supposed to get is N500,000. This is the fact.

“However, to gain some political capital from the whole thing, Uzodinma and his band of propagandists have begun to spew their usual falsehood, that they are empowering Imo youths. They did not even stop at that. They want the sixteen thousand persons who are interested in the loan to invade Owerri on Saturday, flood the entire city and stage a solidarity rally for Uzodinma at Dan Anyiam Stadium. They will film the crowd just to deceive the world that the unelected ruler is popular among Imo people even when the truth is that his legitimacy crisis gets worse with each passing day.

“Again, they have perfected plans to shortchange the applicants. Instead of the N500,000 each person is supposed to get, what will finally get to each applicant is N276,000. This is preposterous!

“Recall that Imo State has not officially lifted the Covid-19 regulations. Why would the same Uzodinma who imposed the regulations be gathering sixteen thousand people at a spot just for clout-chasing? What is the essence of the planned rally for Uzodinma over Federal Government loan? Since the money will not be handed out to the applicants in cash, and given the rate of insecurity in the Imo, why endanger the lives of the people just for vainglory?

“The reality is that the regime of Uzodinma has broken down beyond repair, and it is headed to its terminus. It is fast downing and desperately trying to catch a straw. It has nothing else to think out, nothing else to say, nothing else to do,” some of the reactions read.