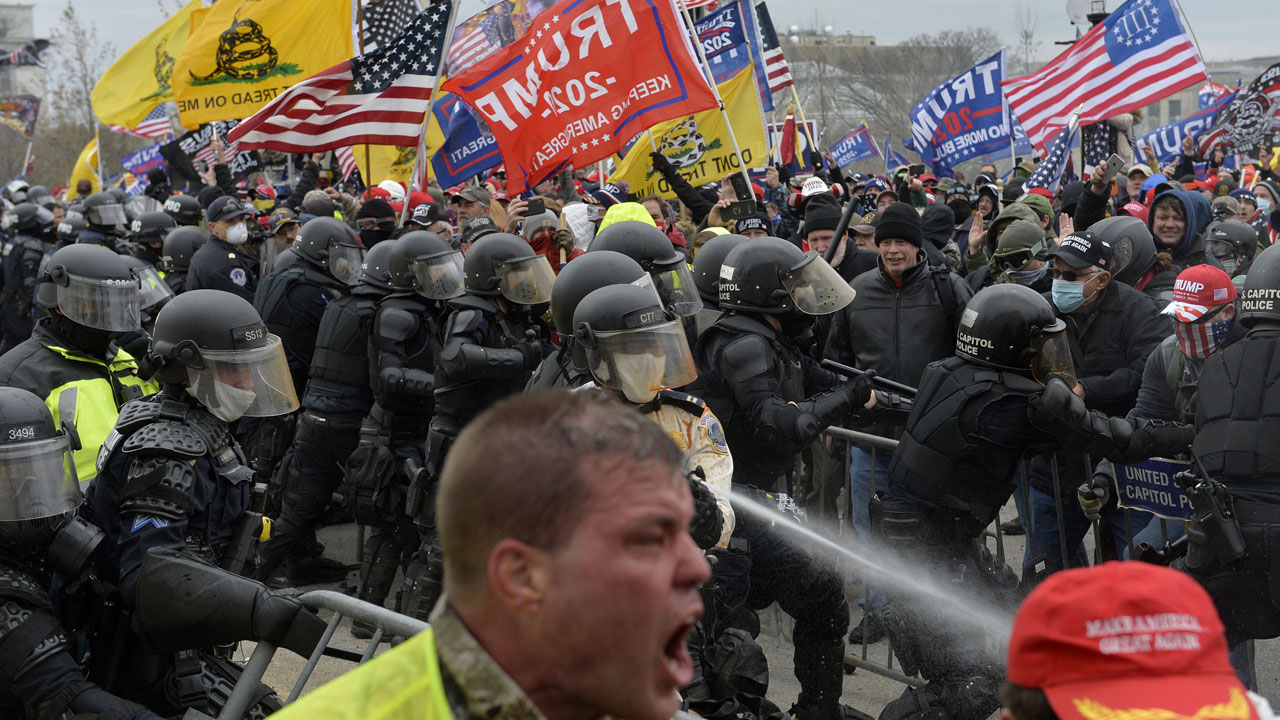 Trump supporters clash with police and security forces as people try to storm the US Capitol in Washington D.C on January 6, 2021. – Demonstrators breeched security and entered the Capitol as Congress debated the a 2020 presidential election Electoral Vote Certification. (Photo by Joseph Prezioso / AFP)

Every living former US president on Wednesday denounced the violence of a mob that stormed the Capitol building in Washington, forcing lawmakers to flee to safety and leaving one woman dead.

The crowd, made up of supporters of President Donald Trump, opposed the certification underway in Congress of Joe Biden’s presidential election win in November.

George W. Bush called out fellow Republicans for fueling the “insurrection,” likening the situation to a “banana republic.”

“I am appalled by the reckless behaviour of some political leaders since the election and by the lack of respect shown today for our institutions, our traditions and our law enforcement,” Bush’s statement said, in a barely veiled swipe at Trump.

Barack Obama also blamed Republicans and Trump, “who has continued to baselessly lie about the outcome of a lawful election,” he said in a statement.

Trump’s most recent predecessor called the incident “a moment of great dishonour and shame for our nation.”

“But we’d be kidding ourselves if we treated it as a total surprise,” Obama said, calling the events of the day “the consequences” of Trump and his supporters refusing to accept the results of last year’s election.

Bill Clinton denounced the riot as “unprecedented assault” on the US Capitol and the nation itself.

“Today we faced an unprecedented assault on our Capitol, our Constitution, and our country,” the Democratic former president said in a statement.

“The match was lit by Donald Trump and his most ardent enablers, including many in Congress, to overturn the results of an election he lost.”

And the oldest member of the exclusive club, 96-year-old Democrat Jimmy Carter, said he was “troubled” by Wednesday’s scenes, which he called a “national tragedy.”

“We join our fellow citizens in praying for a peaceful resolution so our nation can heal and complete the transfer of power as we have for more than two centuries,” he said in a statement.

Reasons for hope: the drugs, tests and tactics...

How coronavirus has hit minorities harder