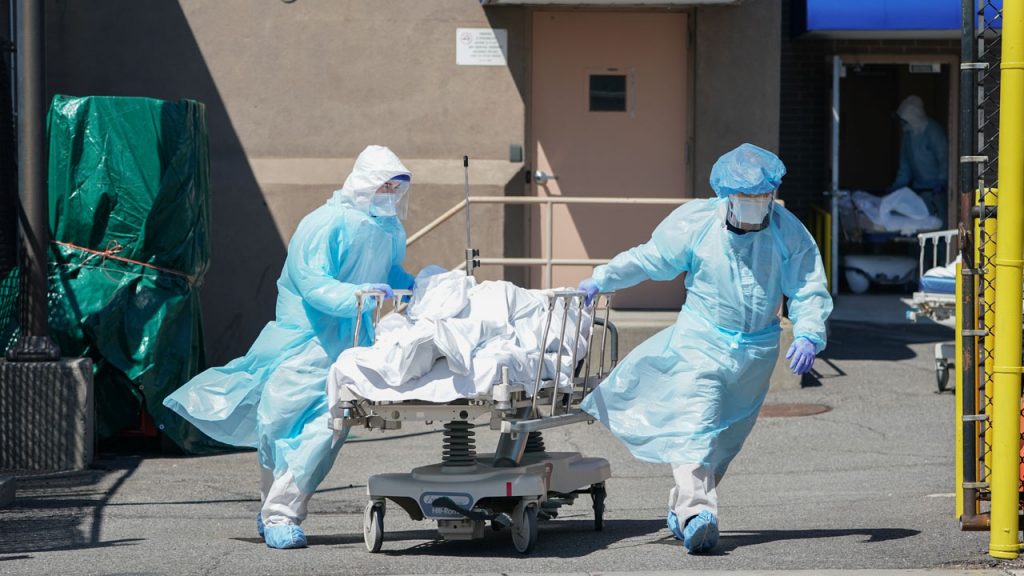 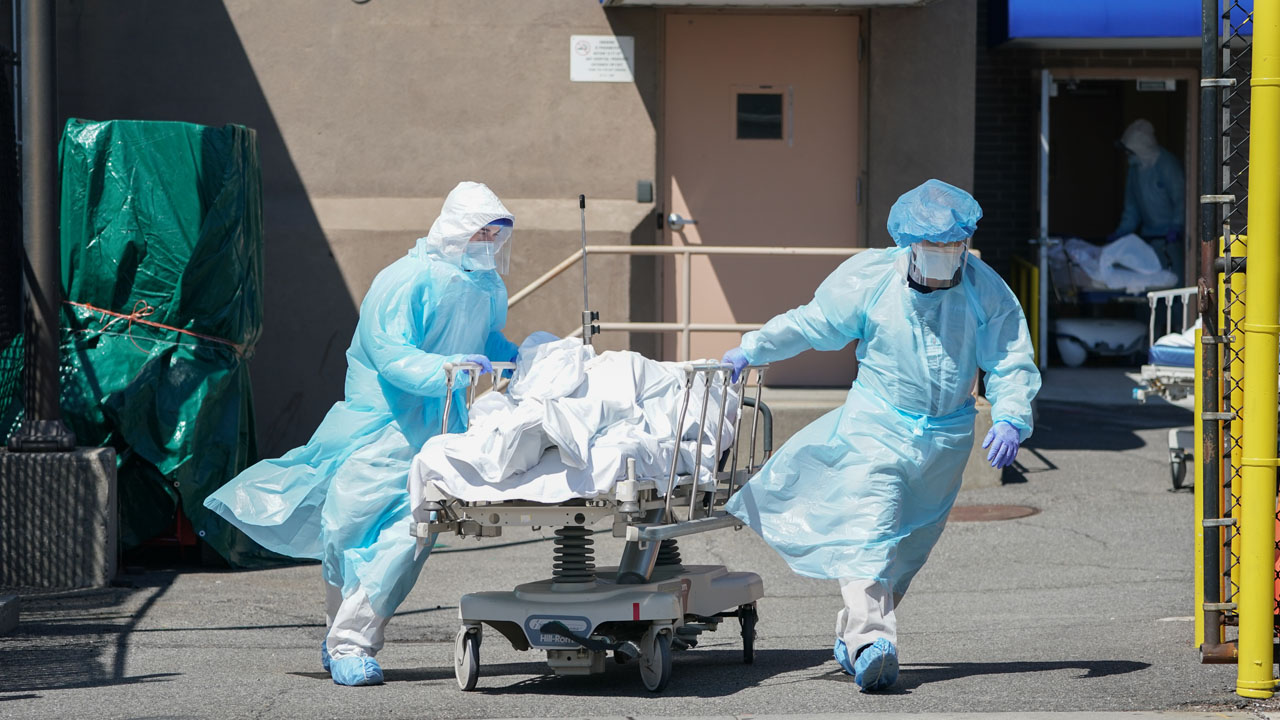 (FILES) In this file photo taken on April 06, 2020 bodies are moved to a refrigeration truck serving as a temporary morgue at Wyckoff Hospital in the Borough of Brooklyn on April 6, 2020 in New York. – The global economy is expected to see a strong rebound this year but the coronavirus crisis is causing severe damage, IMF chief economist Gita Gopinath said on January 26, 2021.”Now at $22 trillion, the projected cumulative output loss over 2020 to 2025, relative to the pre-pandemic projected levels remains substantial,” Gopinath told reporters. (Photo by Bryan R. Smith / AFP)

Optimism that new vaccines will bring the pandemic under control and allow economic activity to resume, coupled with the stimulus in major economies, has boosted the growth forecast this year to 5.5 percent, the IMF said Tuesday.

However, the Washington-based crisis lender warned the outlook is beset by “extraordinary uncertainty,” and governments will need to continue to act to prevent lasting damage after Covid-19 caused the worst peacetime economic crisis since the Great Depression.

READ MORE:  MILITARY INVASION: ALLOW US DO OUR BURIAL, NNAMDI KANU'S FAMILY CALLS OUT TO FG

The upgrade in growth after the 3.5 percent worldwide contraction in 2020 reflects “expectations of a vaccine-powered strengthening of activity later in the year and additional policy support in a few large economies,” including the United States and Japan, the IMF said in its latest World Economic Outlook (WEO).

Those developments create “a stronger starting point for the 2021-22 global outlook than envisaged in the previous forecast.”

However, “much remains to be done on the health and economic policy fronts to limit persistent damage from the severe contraction of 2020 and ensure a sustained recovery.”

Surging infections in some countries — including new Covid-19 variants — that led to renewed lockdowns, as well as logistical problems with vaccine distribution, pose “important counterpoints to the favourable news,” the report said.

And even with the growth, many economies will not recover to their pre-pandemic levels this year, the IMF said.

Stronger growth
The fund urged governments to continue to provide support “until the recovery is firmly underway.”

In the United States, which approved another large stimulus package at the end of December, the fund expects growth to be a full two points higher than previously projected at 5.5 percent, which would be the strongest rate since 1984.

And newly installed President Joe Biden is pushing for a massive $1.9 trillion rescue plan that would provide support to families, businesses and struggling state and local governments.

Japan, too, benefits from another aid package approved in December, and the IMF raised the 2021 growth forecast by eight tenths to 3.1 percent.

Recovery setbacks
In Europe, however, where governments have ordered new lockdowns and even curfews amid surging cases — as well as a new, more infectious variant — the IMF slashed growth forecasts.

The euro area growth estimate was cut a full point to 4.2 percent, with significant downgrades for Germany, France, Spain and Italy.

While the IMF noted that London’s last-minute deal on its exit from the European Union prevented a key risk to the outlook, the fund cut the forecast for Britain as well.