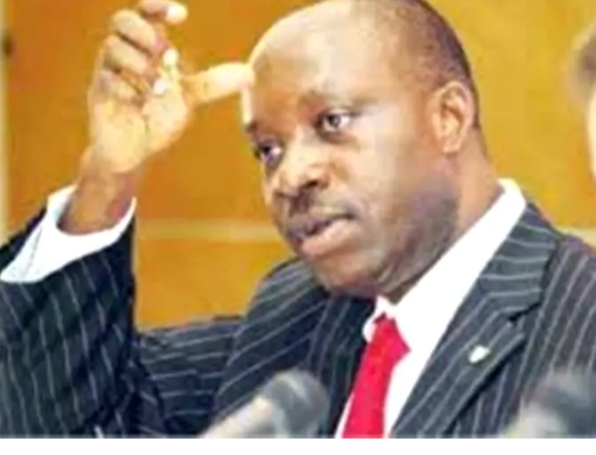 A leaked information about how the Governor of Anambra State, Governor Charles Chukwuemeka Soludo received a whopping sum of $28 million dollars cash to ridicule the image of his Brother, Peter Obi, the Presidential Candidate of Labour Party in the forthcoming 2023 general elections.

In the treatise of Mehmet Murat ildan, he said “Yes, there are plenty of politicians who are liars, there is no doubt about this! But some of them are not only liars but also serial killers and character assassins because they deliberately send people to the war for their personal gains.” Mehmet Murat ildan went further to state that “A silver-tongued charlatan and a half-wit society are made for each other! When these two come together in an election, a great disaster happens: Charlatan comes to power.”

The opinion polls that sees Peter Obi as the preferred candidate that is likely to win the 2023 General election became source concern to the Bola Ahmed Tinubu’s camp who quickly swung into action to deflate and damage Peter Obi’s reputation from his home base.

Subsequently, Gov. Hope Uzodima was saddled with the responsibility to carry out the task and he promised to deliver in few days but informed the BAT’S Handlers that Gov. Charles Soludo is in a better position to be used to carry out the blackmail but by virtue of the fact that he was a Governor of CBN, he is rich by all standard and will hardly agreed. Then, Seyi, the son of Bola Ahmed Tinubu assured Gov. Hope Uzodima that money is not an issue and he should get Gov. Soludo to name his price in any currency for the job but what is needed most is urgent results to send the Obi-dient movement out of the social media space and silent them forever.

Gov. Hope Uzodima reaches out to Gov. Charles Soludo who blatantly refused initially and sworn never to betray his own brother. “You are my friend and will do anything for you and your family but to be paid to betray my own brother whom I have praised in several fora in the past for the good work he did as governor will be catastrophic. Over my dead body”, Gov. Soludo said.

Governor Uzodima said to Gov. Soludo “I know quite well that you are rich by all standard but remember that money is not always enough. You must understand that this is our golden opportunity to get our own share from the huge tax that the Igbo traders are compelled to pay to Bola Tinubu in Lagos since 1999. Do you know that our traders in Lagos contribute 85% of the IGR in Lagos State that made Bola Tinubu to be so wealthy? My brother, his son, Seyi is only waiting for you to name your price in any currency”.

“How will they pay the money”, Gov. Soludo queries. “However you want it. If you don’t mind, it can be transfer in a manner that will make it seem like proceeds from business with your private business, yet it can also be cash”, said Gov. Hope Uzodima.

“OK, if they can pay $20 million dollars and must be in cash, then consider it done. It’s a risk at my own detriment and anything short of that amount is not worth it”. Gov. Soludo stated.

“I will get back to you soon” said Gov. Uzodima. Few days later, he reaches out to Gov. Soludo again and asked what will be his own share from the amount if Seyi approves it. Gov. Soludo told him that it’s not negotiable because it’s his name and personality that’s at stake here. “You can tell them any amount you desire to be able to get something on top but mine is sealed or no deal”.

Gov. Hope Uzodima agreed and the first trench was released to Gov. Uzodima by Seyi Tinubu in cash for onward transfer to Gov. Soludo.

Then, the shocking betrayal of trust and confidence on the part of a brother held in high esteem was triggered, then leaving the Anambrarian in rude shock while the Tinubu’s camp were in jubilation.

Meanwhile, Famousreporters.com reports that the Governor had, in his article titled: ‘History Beckons and I Will Not Be Silent (Part 1)’which was made public on Monday, Soludo asserted that Mr. Obi cannot deny knowing about his impending downfall in the election.

Furthermore, he opined that the probability of the former Governor of Anambra State coming third in the election was completely out of the question.

Speaking without mincing words, the former Governor of the Central Bank of Nigeria, (CBN) said:

“Let’s be clear: Peter Obi knows that he can’t and won’t win. He knows the game he is playing, and we know too; and he knows that we know,” the article reads in part.

“The game he is playing is the main reason he didn’t return to APGA. The brutal truth (and some will say, God forbid) is that there are two persons/parties seriously contesting for president: the rest is exciting drama!

“That many Americans may not like the fact that Joe Biden (79 years) and Donald Trump (76 years) are two frontrunners for president in their parties does not remove the fact that if both of them emerge as candidates, definitely one of them will be president in 2024.