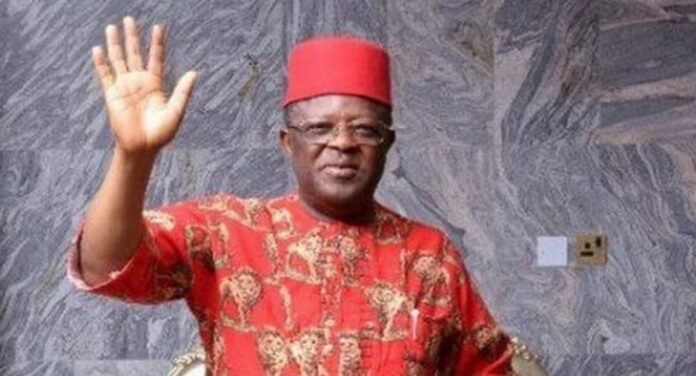 As the National Assembly begins the process of constitutional amendment, Governor David Nweze Umahi of Ebonyi State has called for the establishment of state police to contain the deteriorating security situation in the country.

He made the call while declaring open the 2nd day of the Zonal public hearing of the House of Representatives Special Committee on the Review of the Constitution of the Federal Republic of Nigeria held in Enugu.

In a release signed by Dr. Monday Uzor, the Chief Press Secretary to the Deputy Governor lamented that the present security situation in South East has discouraged indigens from investing in the zone, and challenged the people of the zone not to allow their business environment to be further eroded by worsening state of anarchy.

Governor Umahi also used the occasion to ask for devolution of powers to allot more powers to States and Local Government councils so as to give Federal Government more opportunities to play supervisory roles.

While canvasing for equity and fairness, the Governor insisted that Ndigbo Should be given a level playing field to enable them excel. ” We want to be given a sense of belonging and to be shown in practice that no part of Nigeria is more Nigerian than Ndigbo, who have their greatest investments outside their homestead”

The chairman of the committee, Mr Toby Okechukwu explained that’ the exercise was organised to collect views and ensure they are reflected in the process of the constitutional amendment.