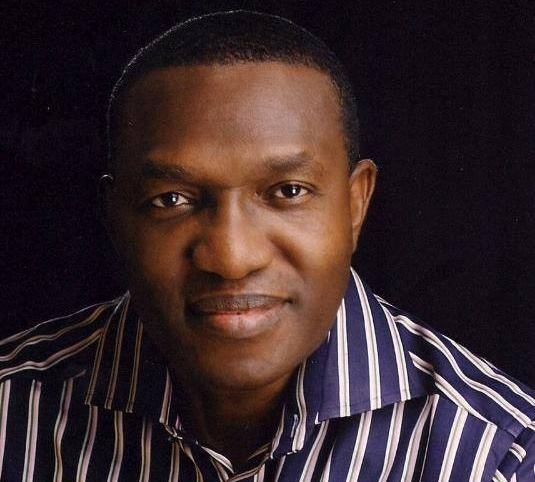 There are many useful, politically relevant, strategic lessons, cascading and dripping down from November 6, 2021, Anambra State guber polls.

From the perspectives of strategic considerations, some, amongst these vital lessons, are more weightier, more important, impactful, and outstanding, than others.

Especially, in terms of the ultimate success or failure, experienced by the candidates and political parties, as key stakeholders and participants, in 2021 Anambra electoral exercise.

This discourse, specifically, as post mortem analysis, and stocktaking of these critical fallouts, is designed to highlight some of important lessons, as the main objectives.

Accordingly, in addition, the article, serves the important purpose of introspective or retrospective guide; geared towards effective preparations by political parties in the South East geopolitical zone, for the conduct, or participation in 2023 general elections.

Available data and statistics released by INEC, show the winner of the polls, as Professor Soludo. Based on hindsights, Soludo of APGA, won the polls, chiefly because, he was the best qualified candidate and contestant.

If the polls, were to be (re) conducted or repeated, over, and over, ten or more times, under credible, free, fair, transparent atmospheres, there exist strong indicators, Soludo, would always emerge winner.

But, why?
Because, Soludo, possess in terms of credentials and vital leadership assets or qualities, what the great people of Anambra State, value and desire, in a leader, in the context of sensitive and highly esteemed governorship office.

Even, Professor Soludo, in the perceptions and opinions of many people, evidently comes across as over-qualified, for the governorship position, in the Nigerian contexts.

Given the lower standards, less-than-desirable credentials, on parade, associated with majority of states, and national leaders, the matter becomes quite clear, in positing Soludo, is eminently over-credentialed for the contest.

Ideally, in normal circumstances, our Soludos, are meant to be the apex leaders at the top of the national leadership pyramid, if Nigeria, is properly designed to function effectively. But, sadly enough, this is not the case, but the exact contrast or opposite, presently.

Supposedly, let it be presumed herein theoretically, based on mere speculative purposes or assumptions, Soludo, presumably was “removed” from the list of contestants in 2021 Anambra State governorship polls and equations.

The critical issue theoretically, accordingly, is, who else, would have been the alternative or preferred candidate of choice, as the best, from the stables of the political parties?

In my opinion, and opinions of many voters, as evidently expressed in the numbers and patterns of voting, Valentine Ozigbo, ebullient, confident, PDP flagbearer, emerges and looms formidable in the mindsets and choices of the voting populace, theoretically.

From this vital statistics and inference, it’s admissible and understandable, if Soludo, didn’t contest the polls as APGA candidate, for whatever reasons imaginable, it was evidently or unquestionably clear by extrapolation, voters most likely, would have chosen Ozigbo, as the preferred candidate, to govern Anambra State.

The critical question, to resolve logically, would be, why, Ozigbo?

Straight forward answer: comparatively, Ozigbo, in many significant aspects, has similar credentials, in relatively good proportion, favourably compared to what Soludo is generally known. Ozigbo, comes across generally as Soludo’s replica, though in less spectacular magnitude and style.

Significantly, in terms qualitative academic, intellectual achievements, excellence, and other related exploits, Ozigbo, stands out impeccably from the rest of the contestants.

Thus, Ozigbo, was no easy pushover, by all standards. Even Soludo, would readily concede these facts.

The leaderships hierarchies of the two parties, specifically, at the State level, worked particularly hard to put in place good arrangements, processes, procedures, and structures, that allowed without let or hinderance, emergence of the best political material or candidates, in the parties intraparty primaries.

What was the ultimate aim or objective, designed to achieve? To clinch the governorship position in the multiparty electoral contests of November 6.

The leaderships of the two parties, specifically, and other key stakeholders, at no time, never fooled themselves in believing, if the parties fielded uninspiring candidates, the governorship stool and office, could be secured by resorting to other means of politically engineered ruse or electoral stratagem, as viable avenue; as was unfortunately the case in governorship contests in one of the neighborhood South East states, in 2019.

This proactive sense of adequate and effective preparations, in terms of presentations of eminently qualified candidates, by APGA, and PDP, essentially was the only viable trump cards in the parties arsenal. The voting patterns and statistics, supported these assertions, vigorously.

Accordingly, in the wider contexts and perspectives of the South East politics, come 2023, important, strategic lessons, have already been crystallized and distilled, for benefits of political parties, in general.

Preeminently, core of critical or vital lessons, and knowledge, distilled distinctively from 2021 Anambra polls, clearly posed critical challenges to parties, but demonstrated the importance or significance, of political parties, particularly APGA, and PDP, resolving to present the best candidates from the respective stables or arsenal; with the core intents not simply to win the polls. But more importantly, to provide high level of qualitative leadership, in office, and in governance.

This represents the critical or true essence of astute and effective intraparty political leadership, and statesmanship.

Leaderships hierarchies of political parties, particularly in the South East have much to gain from the adoption and adaptation of electoral winsome candidates, strategies, or strategic principles, effectively deployed by APGA, and PDP, in the Anambra State polls.

In this particular contexts, 2021 Anambra polls, clearly proved beyond any doubts, the electoral fortunes or misfortunes of parties in polls, are intrinsically tied closely to the calibre and quality of candidates presented.

To win elections in 2023, for example, Abia State PDP chapter, under the leadership of Rt. Hon. Asiforo, and his EXCO, by all means, must jettison, or resist strongly any ideas or tendencies designed towards impositions of candidates, from any quarters.

Likewise, cleverly designed manipulations, to favour especially unpopular candidates with questionable electoral values, based on the perceptions, perspectives, and suspicions of the voters, must be equally, totally discarded.

Specifically, credible avenues for the emergence of the party flagbearer, in the overtly sensitive position of governorship, must not be compromised.

Disastrous failures at the polls await any party that fields incompetent candidates, irrespective of political godfatherism syndrome and sponsorship.

Why are these vital lessons from Anambra State beneficial in the contexts of Abia State or any other South East state?

Essentially, because, the mentality or makeup of voters are now more sophisticated in reasoning; wiser in thinking; eager to change the negative narratives; readily compare notes with what are obtainable in other states, especially in the South East; particularly in the context of stymied developmental indicators and indices compared to other peer neighbourhood states.

Indeed, voters in 2023, are desirous of voting only for well-credentialed candidates, irrespective of political parties affiliations or platforms.

Provided the candidates comparatively can be compared or likened to the status of Professor Soludu, Governor-Elect of Anambra State. Particularly in terms of possessing what it takes to build effectively on already existing foundations and subsisting structures with the visionary focus to make Abia better and greater.

In this critical context, the Abia number one citizen, the Governor, His Excellency, Dr Okezie Victor Ikpeazu, equally has much work to do, in this important regard.

The Governor’s core political agendas or interests and concerns, in the march towards 2023, revolves essentially on to identify and support, any winsome, credible, suitable candidate, to fly confidently PDP flag in 2023 governorship polls.

Of course, the only thing that counts or matters, is the strategic political intent to secure, and retain the governorship position for PDP.

Otherwise, any other kinds of politically expedient decisions, taken, capable of jeopardizing retaining the governorship office, under the umbrella, equates to political suicide.

Under the watchful eye of the Governor, as supreme leader of PDP, Abia State, prospects of any costly mistakes, thereof, may result in the likelihood of PDP, losing the highly prized jewel of the governorship position, which the party has repeatedly won consecutively, since 1998 general elections, and the last general elections.

Such visible spectacles, associated with defeats or losses in electoral contests, is not really far-fetched, or improbable, if PDP, fails or blunders, to do the needful, by failing consciously or strategically in protecting her political interests, in Abia State, in 2023.

How, may this ugly prospects, be possible or realizable?

Ostensibly, by not picking the best candidate, as the party flagbearer, either by direct or indirect primary elections processes.

What worked perfectly in the past for PDP cannot be guaranteed to work in 2023.

The rampant incidences of winning elections by other means, are very slim presently, especially, with wide spread disenchantment among the voters, in terms of failures in governance; introduction of new electoral guidelines; particularly the introduction of sensitive technologies and devices in the electoral systems.

In the final analysis:
in conclusion, an ounce of prevention is better than a pound of cure.

In this regard, PDP and other registered political parties operating in South East, can either heed this timely but ominous signs or warnings, to avert avoidable electoral misfortunes, in 2023.

Or decide to ignore them. But of course, at the detriment of great perils and great costs, politically, in 2023.