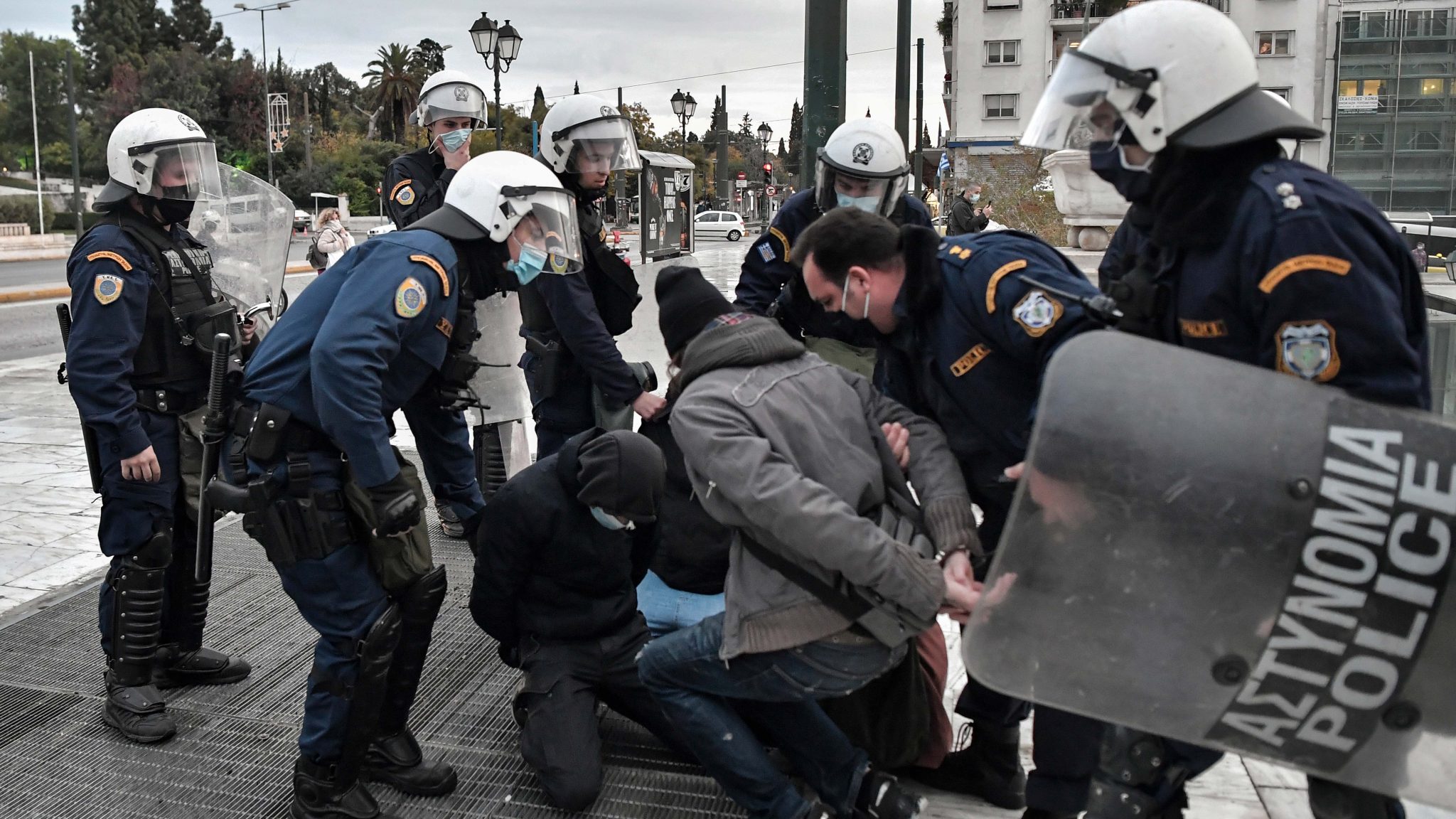 Police arrest demonstrators in Athens during an attempt to demonstrate in front of the Greek Parliament in Athens on December 4, 2020 to commemorate the killing of Alexis Grigoropoulos by the police, which sparked month of rioting across the country in 2008. – Police banned all commemorating demonstrations set for December 6 due to Covid-19 measures. (Photo by LOUISA GOULIAMAKI / AFP)

Three Greek border patrol agents and one policeman have been charged with beating asylum-seekers outside the Kara Tepe camp in Lesbos, police sources said Sunday.

The four men, charged with inflicting bodily harm, torture and breaking anti-racist laws, were brought before a prosecutor Saturday night after an investigation led by Athens’ police internal affairs unit.

They were released pending their trial.

A video aired on social media shows four men beating two asylum-seekers in the camp on the Aegean island as they were returned from a super market on Friday.

The policemen keep beating them even after handcuffing.

On Friday night, the police announced an investigation on the matter.

Police sources said the four men claimed they hit the asylum-seekers because they were attacking passing cars and drunk.

The asylum-seekers have returned to Kara Tepe camp which houses 7,300 migrants, including vulnerable groups, in harsh conditions.

On Saturday, the tents flooded during heavy rainfall.

Kayleigh McEnany responds to reports she voted by...

Trump orders ban on WeChat Pay and other...

Despite attacks, Sanders’ Medicare for All boosts early-state...