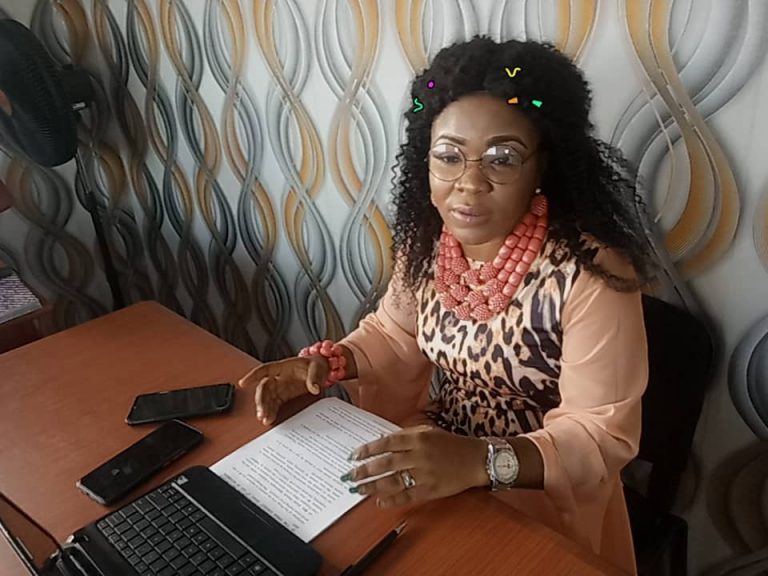 Disturbed by dwindling educational standard in Nigeria and as part of her contribution towards educational upliftment, Mrs Vivian Ogbonna of The Vivian Contest in collaboration with Imo State Ministry of Education is organizing a programme christened Children Brainstorm for primary school pupils in the State.

Ogbonna who’s the Chief Executive Officer, CEO of the organization disclosed this on Thursday at her Owerri Corporate office while briefing news men on what motivated her company into executing the multi million Naira intellectual programme.

She pointed out that the one day event which is expected to hold on Wednesday 23rd March at the organization’s paradise on earth corporate headquarters auditorium, 55 Njemanze Street Owerri by 10 am Will be witnessed by many stakeholders in education, principal agents of the State government as well as multi national organizations

The programme, the CEO said it point blank that it’s opened for every primary school pupil in the state from primary 4 to primary 6 whether in private or public school as the overall objective is to test their intelligence in modern day spellings and speech presentation as well as to inculcate in them early enough the importance of these aspects of education.

Other benefits include social network among the pupils, teachers, schools, parents and other special invitees.

According to her “that bright child deserves the opportunity to be in spotlight. A brilliant child by the contest can help pay his or her bills by participating, and winning any of the prizes. Thus, by participating in contests, children are influenced to improve on their capacity to become competitive among their peers or even beyond”she assured.

Ogbonna further informed that the historical programme apart from honour, media blitz and other benefits to the winners and their schools also has prized money ranging from ₦150k,₦100k and ₦50k for the first, second and third position respectively and that ₦10 consolation prize will also be given to each of the pupils that won 4th-8th positions as an incentive and moral boost.

She also said that the registration which is 5k per a child is on going in various primary schools within and outside the state, at the organization’s office or online www.theviviancontest.com.