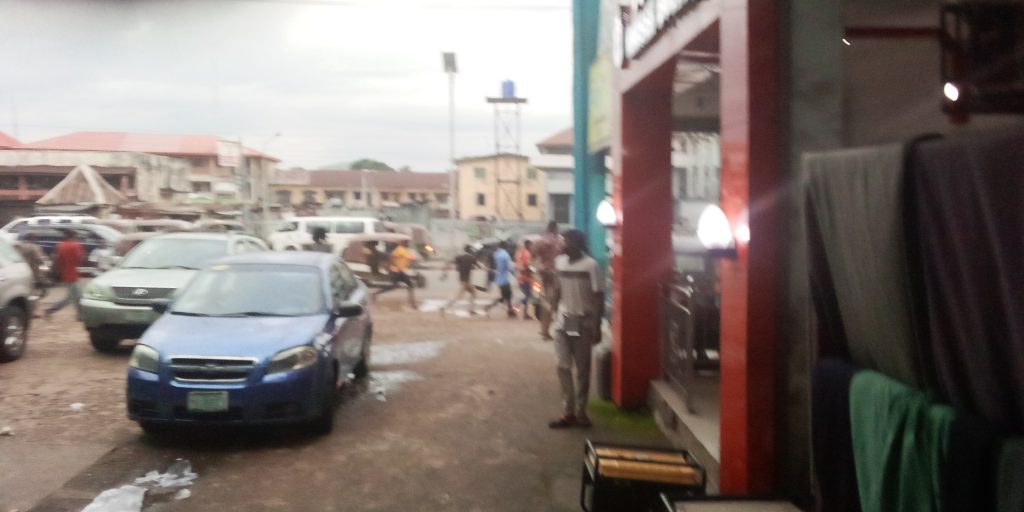 Fomous reporters who was at the scene reports that Abians some of who were not involved in the protest were seen running Helter- skelter along the road and streets of umuahia, from the bullet shots.

This is barely 3hours after the state governor, Dr. Okezie Victor Ikpeazu declared a 24-hour curfew in the State.

The Governor made this known through the state’s commissioner for Information, High Chief John Okiyi Kalu.

This decision of the government according to reports is an attempt to end the extant Nationwide protest in the state.

Earlier on, our correspondent disclosed that men of the police were seen shooting teargas at protesters who were protesting around the Central Police Station, CPS, off bende road, umuahia, the state’s capital.


Meanwhile, there was no recorded casualty yet at the time of filing this report.

Last night a contingent of police officers on official duty around Azikiwe Road by Asa in Aba, was attacked by yet to be identified hoodlums numbering over 30 who sadly killed one of the officers and also carted away their arms and ammunition even though one of the suspected attackers was apprehended with gunshot injuries.

After detailed review and assessment of the general security situation, including reports of armed cultists and hoodlums sneaking into the state from different parts of the country in large numbers, the burning down of at least two police stations, reported killing of two policemen in the last two days as well as leaked plans to unleash more violence on innocent citizens, Governor Okezie Ikpeazu has directed security agents to ensure the immediate arrest and prosecution of the hoodlums, pursue a swift and complete recovery of the stolen arms and ammunition with the necessary vigour, and ensure the cultists are comprehensively flushed out.

To ensure the continued security of lives and property of law abiding citizens, the Governor has also directed the imposition of a 24-hour curfew on Aba and Umuahia from 6pm today till further notice.


Furthermore, Governor Ikpeazu has approved a cash reward of Five Million Naira Only (N5, 000,000.00) to anyone who provides information leading to the arrest of the hoodlums and armed cultists. This is in addition to the approval of a reward of One Million Naira Only (N1,000,000.00) for each authentic video evidence on brutality and extrajudicial killings by security agents in the state submitted to the Judicial Panel of Inquiry being inaugurated to investigate the incidents.

Parents and guardians are strongly advised to monitor the activities of their children and wards to ensure that they are not engaged in nefarious activities, predispose themselves to harm or allow themselves to be used to cause mayhem in the State.