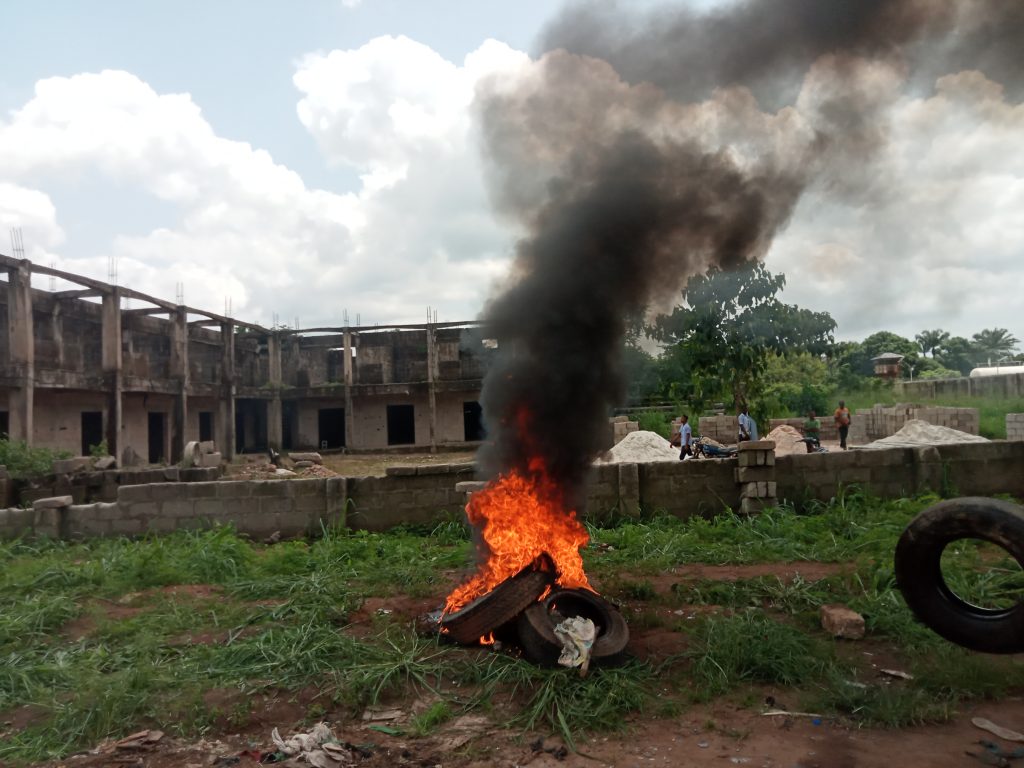 The remains of a notorious criminal from Oboama in Abor Mbaise LGA of Imo State is currently burning to ashes as aggrieved mob and members of the community, without mercy set him took laws into there hands, thus setting him ablaze.

This seemingly is in fulfilment of the popular maxim that goes, ‘Everyday is for the thief but a day is for the Landlord’, hence luck has just run out of the young man in his early thirties whose actual identity could not be ascertained at the time of filing this report.

Our reporter who was at the scene said the embittered mob suspected to be members of the community who had suffered for God-knows-how long barricaded the popular Mbaise major road leading to Owerri, at about 11:am, today, Tuesday, as they watched with ecstatic glare, the notorious robber reduce to some particles of ashes.

Meanwhile, records of his notoriety, as well as incidents that resulted in his apprehension were yet to be ascertained at the time of press.

Moreso, all efforts to speak with Imo State Police Public Relations Officer (PPRO) were futile as his mobile line was unreachable.