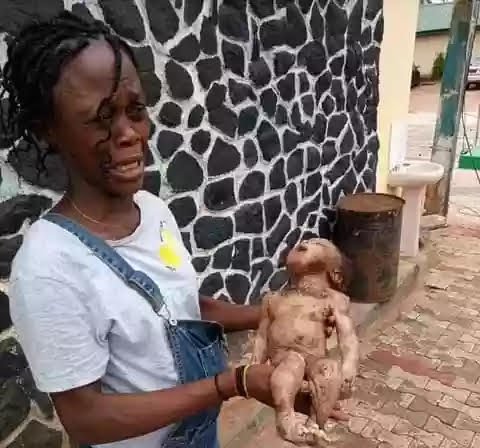 The woman with the lifeless baby in the picture was arrested in the early hours of today, Saturday by detectives attached to the Ogidi Division Saturday for disposing of her baby in a pit toilet, at

Police detectives from the Anambra Police Command  arrested 30-years-old Franca Udokwu, for dumping her newborn baby inside a pit toilet.

According to a statement issued by SP Haruna Mohammed, Police Public Relations Officer, PPRO, of the Anambra State Police Command, the suspect was apprehended following a confidential report that she allegedly gave birth to a baby boy and dumped the child inside a pit toilet inside her house. 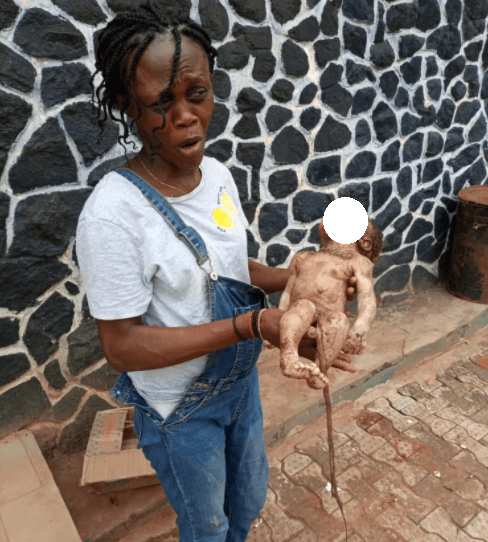 According to our source, Franca, during interrogations, led the police detectives to the scene of the crime, where the baby was recovered and taken to Iyi-Enu Mission Hospital for medical attention but regrettably was confirmed dead upon arrival by a medical doctor.

Meanwhile, the corpse has been deposited at the hospital mortuary for autopsy and the case is under investigation after which the suspect would be charged to court for prosecution.