HERDSMEN ACTS – DEPLORABLE SITUATIONS *What they represent in the olden days 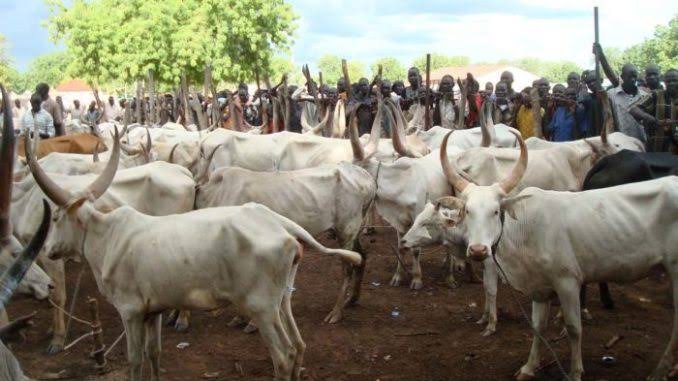 It is alleged that the Fulanis started journeying into the Northern parts of Nigeria from an area called Senegambia particularly after the ‘Uthman Dan Fodio Jihad. People that roam from place to place allegedly have no permanent homes neither fixed addresses are called nomads. Many of them are herdsmen as they rear animals mainly cows and move about with the beasts.

The Fulanis are classified into different names like Voda, Pular, Peul, Fellata, Fula and Bororoso. They appear humble besides resemble themselves like the Chinese. They are Muslims besides their type of Islamic practices is purportedly taken as right of Allah deserves. The people are very firm in actions and devoted to rituals also allegedly more than other partisans of their faith. The people are combined into the Hausa Philosophy.

So many of them are seen in every of the thirty-six state of Nigeria like other citizens. The Fulanis are believed to be nomadic and live in many countries mostly in West Africa but with numerous of them settling in the Northern parts of Nigeria. The herdsmen were formerly taken as explorers but nowadays other human beings are scared to see them in their midst or territories like serpents.

In the olden days the Fulanis as cow handlers were seen moved about with their animals grazing grasses outside the farmers’ agricultural areas in different places. They trekked extensively to areas with their cows and settled on the fields when they were tired mostly at nights. People mistakenly then took the visitors to be outgoing and peaceful but they are known as intruders nowadays. The inhabitants of some areas outside the Fulanis currently in various geographical locations are frightened or pant on seeing any of them particularly within their grounds.

At that time, they kept their cows in the arenas almost at the outskirt of some villages or towns and walked away in search of foods. The people were often seen with torchlights, water bottles, daggers, arrows and long sticks taken as part of their cultures. The early herdsmen were not noticed fomenting troubles as people were not frightened by their presences within their localities. Some children were seen staring at them like watching cinemas as their appearances associated with mode of dressings were very strange and looked awkward as well amusing. Parts of their attributes were unique tribal marks and simple way of lives as they were not showy.

In this century, the herdsmen are seen moving about with their cows, armed with different weapons like guns and explosive items and ready to exchange harmful physical combats with indigenes of an area they may be passing through, resulting from their cows damaging or grazing some farmers cash crops. They feel being part of any place they found themselves and robs shudder with the legitimate indigenes.

Their women counterparts were not exempted from moving from one area to the other as they were itinerant traders engaged in hawking of herbal remedies. People are no longer comfortable on sighting such ladies in their areas as it is alleged that their men counterparts use them moving in weapons into any community they intend to attack. A good number of the ladies have severally caught concealed explosive items in their custodies.

Nowadays things have fallen apart, as the people are no longer what they used to be as the herdsmen with their women betray trusts. People are no longer comfortable seeing them in their neighborhoods or midst as nobody can predict their sincere missions. The people mainly young men and women in their early thirties act like informants or spies and convey their illicit findings to their unknown leaders who in return mobilize and deploy others in time of troubles, fighting aggressively in collaborations as their colleagues are drafted into any troubled zones.

In the North East like Askira Uba Local Government Area of Adamawa State been part of the places that I have been, the people of that region major occupation is farming whose portion of their plots of land are occupied by rocks. They cultivate their cash crops empowered by fertilizers which aids its germinations and growths. They incur a lot of expenses in farming in other to generate incomes after the produces are harvested and sold.

There are herdsmen in that developing area and are cautious of their cows focusing into farmers’ cultivated places to avert it grazing or damaging of their cash crops. The nomads or herdsmen are often held responsible any time the cows destroy their crops. The people willingly oblige to compensate through dialogues any farmer whose crops are damaged by their animals. No violations resulting to killings or destroying of properties encountered in that district so far.

READ MORE:  YET RAPES ARE ON THE INCREASE
… Quite intriguing!!
By RN Egbulefu

Recently in the Southern parts of Kaduna, a good number of people lost their lives due to communal clashes between the Fulanis and other tribes of the troubled areas in many occasions. The periodic hitches are not good at all and does not promote a healthy relationship neither encourage migration of people into any troubled states as nobody can predict fights which often leads to terminal losses.

The Fulanis, herdsmen are equally seen in the eastern part of the country carelessly controlling their cows into farms and threatening the lives of the local farmers and their people when they complain of their cash crops grazed by the cows in the farms located at their backyards.

It is not good to call “a hawk a blind bird in its nest”. How can the Fulanis due to their wandering associated with rearing of cows engage people of any areas they pass through their terrains in brutal disputes?

This write up is to encourage the herdsmen who claim to be ‘a born to rule’ sect of Nigerians to be peaceful Saints instead of the villains allegedly they are.

When they moved into Nigeria and settled in Sokoto which is an Hausa territory. The Hausas who
were harmless farmers accommodated them in the hope of peaceful coexistence but the jihadists under the guise of cattle rearing started moving from one place to the another, ensuring that they are accepted by the people but at the slightest opportunity, they lash out at the indigenous people of any areas and always want to be at the forefront of everything.

They foment troubles under the pretenses of religious and ethnic believes leading to clashes, killing of the handicapped villagers at will, destroying their properties, capturing and raping their women.

are now victims in their communities. Nomads are immigrants
who should be respected and treated as visitors to every state of the country.

Nevertheless,
attribution of blames to the herdsmen, other parties involved in this periodic clashes should likewise be called to order. It is time for the government to properly address the ugly situations with intention to lead to rest the lingering problems that had caused some families death of their breadwinners and lost of properties.