Hoodlums on Thursday May 5, attacked members of the Federal Capital Territory Administration (FCTA) Taskforce team at Gaduwa District of Abuja.

It was gathered that some of the officials and a police officer attached to the team were injured in the incident while some others were taken hostage.

The officials taken hostage were released after a rescue team of FCT Police Command led by Deputy Commissioner of Police, Operations, Bernard Igwe, stormed the scene. 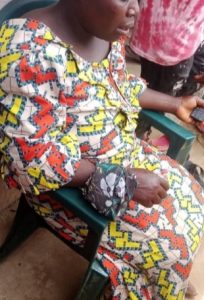 “Some officials of the Development Control attached to the Taskforce, who went to Gaduwa community to mark illegal houses springing up indiscriminately in the community for demolition, were heavily resisted and attacked by some persons wading dangerous weapons.” he said.

While commending some youths, who helped in calming the situation and work towards the release of the hostages, he noted that for the quick intervention of the re-enforced rescue team, the miscreants would have unleashed more mayhem on the team.

“I was sent somewhere by the minister and before I arrived the scene, the police officer who was badly injured on the head and some others had been rushed to the hospital.

“Those who were held hostage were rescued by a team led by DC Bernard Igwe. The area where the indigenous people stay was not marked. The police will determine what happens to those who were arrested “.

Narrating his ordeal, one of the officials that was attacked and stripped half naked, Kalu Amadi, said the experience was horrific and it may take some time for him to overcome the psychological trauma.