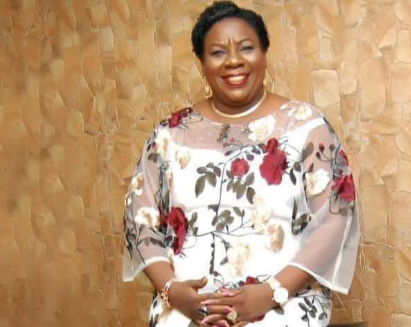 Share
Facebook Twitter LinkedIn Pinterest Email
Kindly Share This Story
Youths, under the auspices of Ikwuano Youths Forum and the former Chairman of Ikwuano Local Government Area of Abia State, Hon. Chief Ezinne Ngozi Orji, have bickered over the N5million meant for the fencing of the Ikwuano General Hospital by the state Governor, Dr Okezie Ikpeazu.


While the youths alleged that the N5million earmarked for the project was less expended in the course of executing the project, the former Council boss accused the yourhs in the area of misappropriating funds, released to them.

The N5million, earmarked for the project, was released by Dr. Ikpeazu in May, 2020.

According to the yourhs, “Concerning the Ikwuano General Hospital fencing project, it was in late 2018 the Governor promised and released the sum of N5million to Ikwuano through the then executive Chairman, Ezinne Ngozi Orji, with the mandate that the youths should monitor the fencing project of the hospital.

“As any project manager can attest, the cost of the fencing project so far rendered is bellow N3million. Most of the money could not be accounted for”, they lamented, as there arose bickering between the leadership of Ikwuano Youths Forum leaders and Chief Mrs Ngozi Orji with accusation and counter accusations of embezzling funds meant for the project.

READ MORE:  Building of Classrooms for Ekebedi was my decision based on my experience…Rep. Onuigbo *As he commissions Block of 4- Classrooms at Community School

“We, the youths Forum leaders accuse former Chairman of not releasing about N700,000.00  meant for the project.

“Nobody accounted for the money so far spent, neither the N700,000.00 alleged to be with Ngozi Orji nor the funds mismanagement till date. Both Mr. Santiago Agommuo and Chief Mrs Ngozi Orji (the TC Chairman) in 2018, as at when the pledge was made), will be in a better position to tell us what happened to the money. No hard feelings”

Another youth source siad, “And some persons will claim to have Ikwuano at heart. Had it been it was to collect funds on behalf of the local government, I don’t think the immediate former local government Chairperson will get herself evicted from this forum on steady bases just to isolate herself from some explanation needed.

“I suggest we petition her and right a letter to the Governor letting the Governor know that this are the set of persons that has been bringing bad name upon his government and making it look as if he isn’t working.”