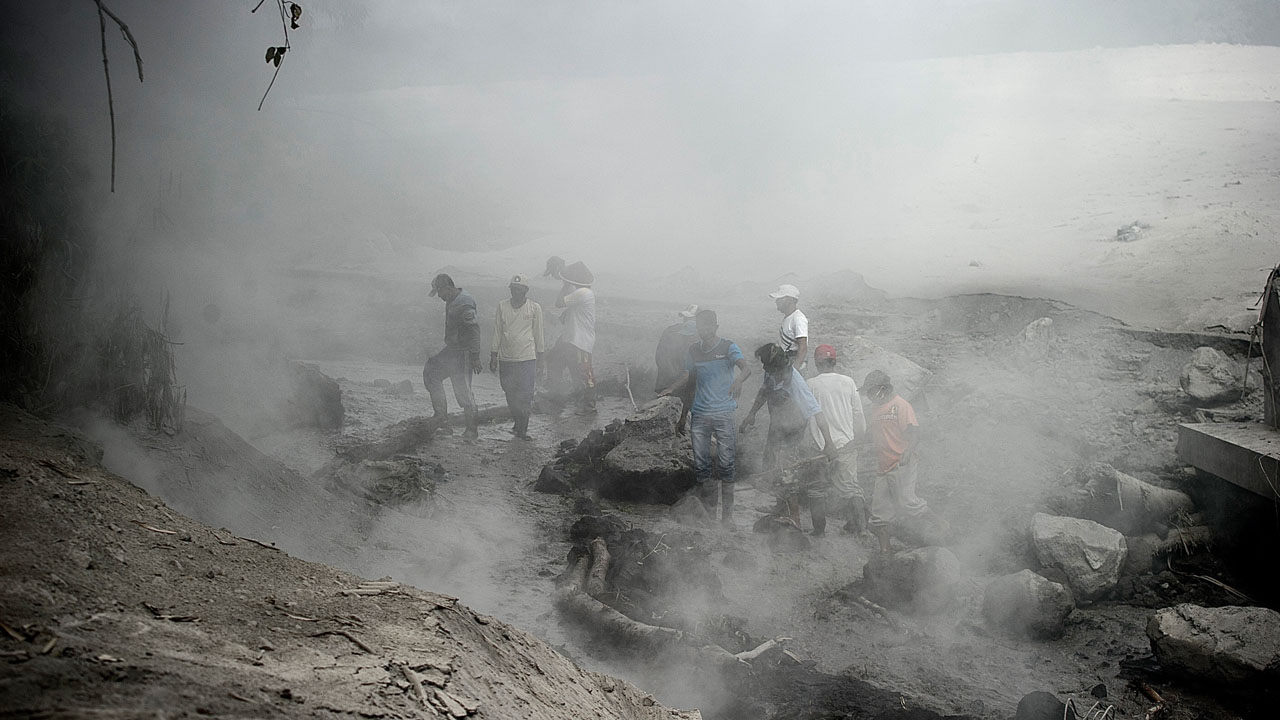 Hundreds of Indonesians have fled their villages after a rumbling volcano spewed hot ash thousands of metres into the air and belched lava down its crater.

Mount Semeru on Java island spouted the towering column on Tuesday, prompting a call for around 500 people to temporarily evacuate their homes.

Footage from the scene showed dead livestock covered by pyroclastic flows — a fast-moving mixture of hot gas and volcanic material — as steaming debris flowed into a nearby river.

Local disaster agency chief Agus Triono warned on Wednesday that residents could still be at risk as heavy rains threatened to trigger more volcanic flows from the still-spewing crater.

The eruption came days after Mount Ili Lewotolok roared back to life on the far eastern end of the archipelago nation.

Around 6,000 residents fled to shelters there after the crater ejected a thick tower of debris four kilometres (2.5 miles) into the sky on Sunday, triggering a flight warning and the closure of a local airport.

There were no reports of injuries or deaths.

Indonesia is home to about 130 active volcanoes due to its position on the “Ring of Fire”, a belt of tectonic plate boundaries circling the Pacific Ocean where frequent seismic activity occurs.

In late 2018, a volcano in the strait between Java and Sumatra islands erupted, causing an underwater landslide that unleashed a tsunami which killed more than 400 people.

Rochas Okorocha: I will win Presidential Election in...

WHO deplores 95% of vaccine doses limited to...

Threat to NewsLeverage Publisher, Is Threat to Abia...