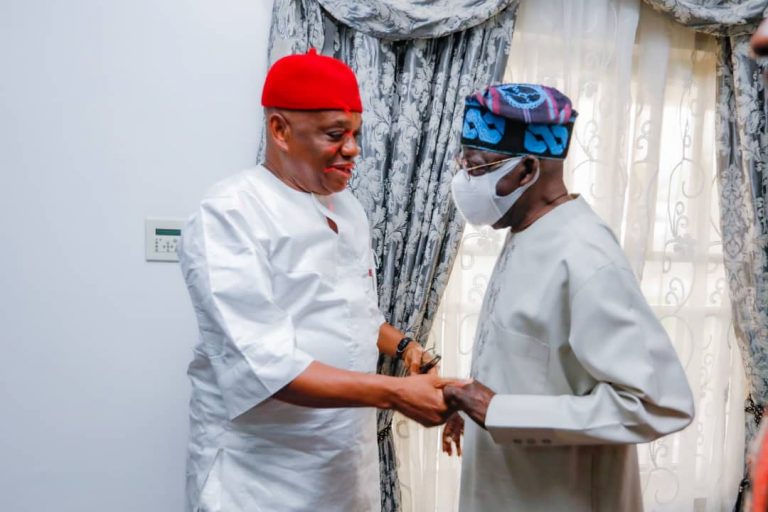 Sen. Orji Uzor Kalu, a former Governor of Abia state and Senate Chief Whip has dissociated himself from media reports alleging that he attacked a leader of the All Progressives Congress, APC, Bola Ahmed Tinubu.

Dr. Orji Uzor, reacting to the said allegations, reaffirmed his cordial relationship with Tinubu, reiterating that his friendship with the former is “deeply rooted”.

According to Kalu, the perpetrators of the mischievous publication are propelled by their quest for a cheaper political goal.

Kalu who would not be deterred by Tinubu’s ambition, maintained that “I am not against his ambition of becoming the president. It is the choice of the party to determine who becomes her presidential candidate,” the former  Governor said.

It would be recalled that Kalu had, in a recent interview said he was ready to match Tinubu grit for grit for the presidential ticket of the ruling All Progressives Congress (APC).

Reacting to reports that he verbally attacked the former Lagos state governor, Kalu through his media office saying, “we can never attack Tinubu” noting that his statement was intentionally misunderstood by few individuals who wanted to be in the news by spewing irrelevant words .

Kalu said: “I told Nigerians that I would contest against Tinubu if the ticket is zoned to the South. APC is a democratic party that allows every qualified member to vote and be voted for. It is not owned or managed by an individual. If I said I was going to contest against Tinubu doesn’t mean I attacked him. I cannot attack him for any reason.

“It is sad that few elements are trying to twist my statement to score cheap political goal. I am not distracted. My friendship with Tinubu is deep rooted and I am not quarreling with him . I am not against his ambition of becoming the president. It is the choice of the party to determine who becomes her presidential candidate,” the former  Governor said.