I don’t wish any child to have my ugly childhood experience… Prof. Greg 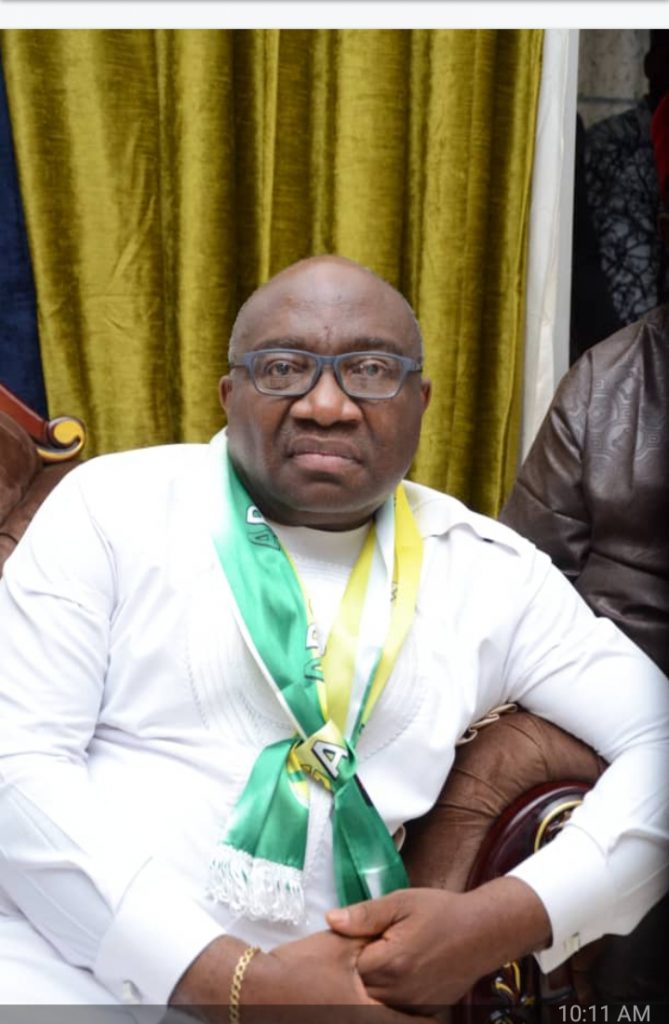 I don’t wish any child to have my ugly childhood experience… Prof. Greg

A frontline governorship aspirant of the All Progressive Grand Alliance Apts, in Abia State, Chapter, Prof. Greg Ibe says he drive is to ensure that no child in his administration would be made to go through the hurdles he suffered during his childhood age.

The erudite Professor reiterated that his aim of joining the gubernatorial race is to render selfless service to the state.

The entrepreneur who made the declaration at his Uturu country home Wednesday while handing over 17 Sienna cars to the 17 Local Government Area Chairmen of the party to facilitate their movement and activities.

Professor Ibe said he would leverage on his national and International contacts to make Aba the investment haven in Africap.

He revealed that he had in a recent discussion with the US Secretary of State, Anthony Bliken, shared with him, how he intended to make Abia a sample of ideal state in Africa, if given the opportunity.

” I told the US Secretary of State when he visited my hub in Abuja that I want just one state in Africa that will make human beings appreciate God.

” I’m coming for total service. I don’t wish any child to have my ugly childhood experience”.

Professor Ibe who said he had served all Nigeria Presidents and Heads of State, and currently consults for 15 countries in ECOWAS, said he had the needed economic blueprint to launch Abia into the major economic power in Africa if given the opportunity.

He vowed to decentralise government and spread development evenly across the state.all

He also said Communities would be allowed to suggest what their utmost needs are so that Government could tackle them according to order of priority.

Professor Ibe who said he had conducted the feasibility study of all LGAs in the country for the Federal Government, explained that he had knowledge of the various potentials available in each LGA in Abia, and would harness them for the good of the state.

He regretted that Abia has the best kaolin deposit in Umuahia but the raw material is exported to Kogi State where it is used in production of tiles due to lack of visionary leadership.

He promised to declare a state of emergence on infrastructural in Aba, and the education sector with a view to addressing them holistically.

Professor Ibe who said 350 Abians are currently on full scholarship at his Gregory University, promised to also give scholarship to the children of APGA LGA Chairmen who are due for university admission in September this year.

Responding, APGA Chairman, Rev. Augustine Ehiemere, described the entrance of Ibe into the party as a huge blessing, confessing that no aspirant or party chieftain has extended similar gesture to the party.

He challenged any aspirant who had given him money for the running of the party to make it public.

He promised that all aspirants in the party would be given equal opportunity at the party’s primaries.

In a remark, APGA Leader and member representing Aba South State Constituency at the Abia State House of Assembly, Hon. Obinna Ichita, said he had been earnestly praying for the revival of the party and thanked God that his prayers had been answered.

He said that he had firmly stood against Government suppression, intimidation and threats in his bid to provide robust opposition that would usher in a government that would deliver effective governance to the people.