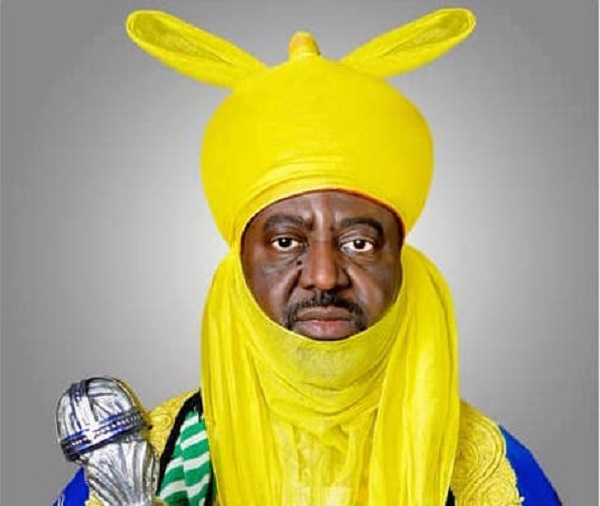 I have monumental regard for Anyim, says Emir of Kano

The Emir of Kano, Aminu Ado Bayero, has described a former Senate President of the Federal Republic of Nigeria, Chief Anyim Pius Anyim, as a highly respected leader, whose wealth of experience the country needed to tap from.

The Royal Father, who said said he had monumental respect for Senator Anyim, added that the nation needed more of him at this time to successfully navigate through its political murky waters and challenges.

The Emir stated this while presentating the 2020 Zik’s Prize for Political Leadership to Anyim, who was announced winner of the prize by the selection committee, in Lagos, recently.

According to Alhaji Bayero, “It is indeed a thing of privilege and honour to stand here and present this award on behalf of the organizers to somebody I have so much respect for; somebody I appreciate; and I believe most of us here have this high regards for the former Senate President.

READ MORE:  RE: The Contrived Apc crisis In Abia State -Unmasking those
behind it, by Monday O. Ubani Esq.
response by Vigilus C. Nwankwo Esq

“I pray that we’ll have more of him around us so that we continue to tap from his experience and the experience of other statesmen.”

While making the presentation, Alhaji Bayero further congratulated Senator Anyim, saying, “On behalf of the organizers, I present the award for political leadership to one of our leaders, one of our hopes; and we pray that he will continue to live, so that we continue to tap from the experience of his life.

“Congratulations, sir; and God bless you.”

FamousReporters.com reports that Chief Anyim Pius Anyim, a lawyer and politician from Ishiagu community, in the Ivo Local Government Area of Ebonyi State, began to play critical roles in the Nigerian project early in life.

He was elected pioneer Senator to represent Ebonyi South Senatorial District in 1999 at the age of 37, Anyim Pius Anyim, also known as the Gentle Giant, became the President of the Nigerian Senate in 2000 at the age of 39.

In 2011, he was appointed Secretary to the Government of the Federation at the golden age of 50. He attained the rank of sexagenarians on 19th February, 2021.

The 2020 Zik’s Prize Awards for Political Leadership winner, who is largely seen as a detribalised Nigerian, declared his ambition to contest the 2023 Presidential election in Nigeria, on 30th October, 2021, and so far, his presidential project has been gathering great momentum from every part of Nigeria.