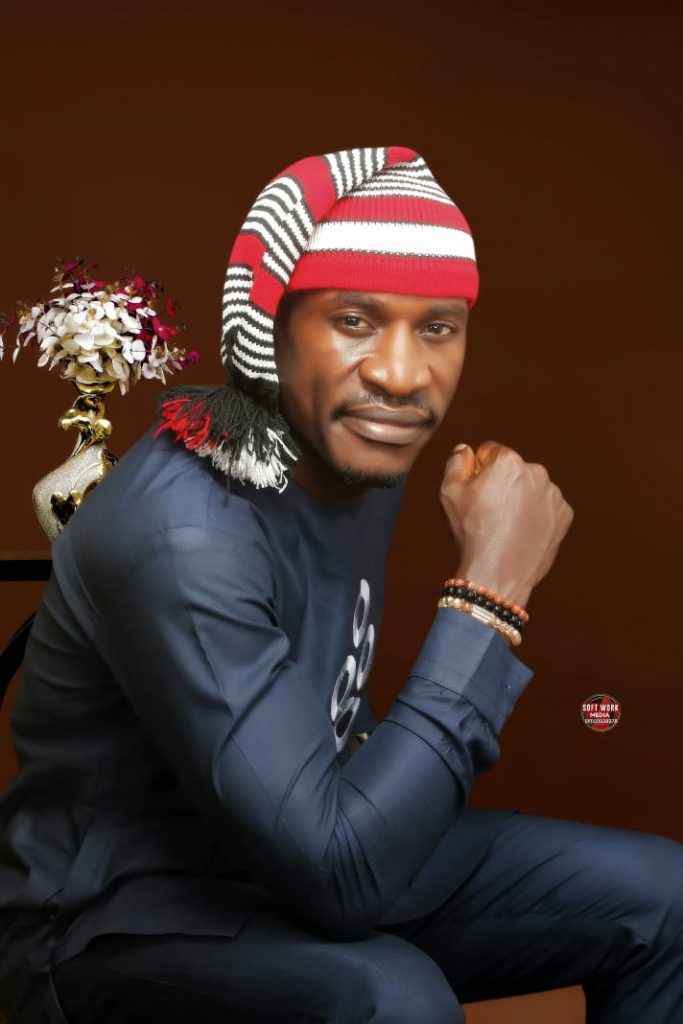 The Action People’s Party, (APP) Candidate for Ikwuano State Constituency, Hon. Wisdom Lan Anyaragbu has vowed that the party would ‘leave no stone unturned’ in ensuring that the famous Ikwuano Ikot-Ekpene road is rehabilitated if elected into office, in the forthcoming 2023 general election.

The House of Assembly Representative hopeful who narrowly escaped death at the deplorable road which has been a death trap over the years, bemoaned the sorry state of the road users particularly motorists, majority of who are indigenes of the area.

Speaking to famousreporters.com in an exclusive interview, the prospective representative of Ikwuano State Constituency explained that many lives of sons and daughters of the Council would have been lost to the dilapidated road following the deluge that occurred on the fateful Sunday.

Famousreporters.com gathered from other reliable sources that the life threatening incident occurred along Okwe-uphill, off Ndoro Community, as Hon. Lan Anyaragbu and some sons of Ikwuano who were returning from a think-tank meeting , nearly met their untimely death, as their vehicles alongside other motorists, motor cyclists and tricyclists (Keke Napep drivers) fell into a ditch erosion.

He, however, regretted that the road was yet to experience a facelift, adding, “even upon acknowledging that the road had been awarded, we are yet to get the result.”

Narrating his ordeal, worried Anyaragbu said:
“I alongside other sons of Ikwuano had gone for a think-tank meeting and on our way coming back late at night, during the heavy rainfall, the deplorable state of the road made us make a stop along Okwe-uphill heading towards Ndoro and a lot of mishaps occurred. There was a lot of hitches; some Keke Napep (tricycles), motor bikes, buses, all fell into the ditch that was caused by a heavy erosion irrigation along the road. I had to make a stop, after managed to escape; I gathered the people around so we could help the people who fell into the ditch out of it. We were able to pull them out and at the same time, pull their vehicles out.”

The concerned son of Ikwuano reminded the people of their inarguable involvement in both the pains and successes of Ikwuano State Constituency, as well as its road which he recounted was a federal road.

The vibrant son of Ikwuano admitted that the road, though a federal road, as it were, fell within the State Constituency jurisdiction of Ikwuano, had over the years posed a serious challenge to its users with more focus on the people of the Constituency.

He, however, vowed to act beyond his capacity as a State Constituency Member to make sure that the protracted suffering of the people is ameliorated, thereby consulting with the appropriate bodies to bring a lasting solution to the seemingly irreparable situation.

“There was a mammoth crowd and I was able to have a long chat with the mammoth crowd of sympathisers. I reminded them of the need to understand that we are also partakers of the pains and successes of Ikwuano State Constituency today. Because, the Ikot-Ekpene road which is a federal road happens to fall within the State Constituency jurisdiction of Ikwuano and it’s also a route that the people of Ikwuano ply daily and it’s becoming a death trap.”

“After a moment with this mammoth crowd, I made a vow that whatever that has been preventing the road from being rehabilitated, if it is not done or completed before my election, as soon as I’m in office, my first three months in the office, I’m going to write through the office of the Governor, to call the attention of the Federal Ministry of Works and Housing, Federal Ministry of Transportation, Ministry of Niger Delta Affairs, (MNDA), and the Niger Delta Development Commission, (NDDC) on the need for that road which is a federal road to get a proper attention and rehabilitation it deserves.
Because that road has become a death trap whereby people loose their luggage and lives almost.

“It’s true that’s it’s not my jurisdiction but it’s also my right to write to those involved to expedite efforts towards fixing the road.

Speaking further, Anyaragbu, while commending Rt. Hon. Sam Onuigbo for facilitating the commencement of the initial rehabilitation of the popular Umuahia-Ikwuano-Ikot Ekpene road, implored the latter to  compel the Contractors to return to site, saying, “this will remain a landmark achievement and shall definitely make your stay in office more impactful as posterity will speak good of you”, he pleaded.

Hear him: “Also, I’m using this opportunity to call on the Contractors that are handling the job under the supervision of Rep. Sam Onuigbo, the Member Representing Ikwuano Umuahia North and South Federal Constituency of Abia State, to please, with all due respect to his office ensure that the construction of that road takes effect especially down hill Ndoro, Okwe-valley. It is not something to write home about. The good people of Ikwuano are suffering and I felt their pain intensely yesterday. There is need for the construction company assigned to carry out that task to expediate action immediately and get it done and if they’re incompetent, we should be able to invite a better company that can be able to give Ikwuano a good facelift on that road. It is so bad that if you see the erosion irrigation that road has caused, you will marvel.

“That road, even moving down to Okwe, you will realize that there’s a particular big tanker that fell along the road with a lot of goods and luggage in it and up until now, it has not been attended to due to the poor state of the road very close to Ugbebula. So, I’m calling on the Member Representing The Good People of Ikwuano/ Umuahia North and South Federal Constituency, Hon. Sam Onuigbo to, please, use your good office, expediate action because as a true son of Ikwuano, our remains shall be laid to rest in this same Constituency.

Meanwhile, it could be recalled that the Legislator had early this year, facilitated the arrival of Hartland Nigeria Limited who had swung into actions on the 50-km road, an effort, which, in no doubts, elicited a lot of excitements from both motorists and commuters when awarded.

Moreso, famousreporters.com reports that on January 7, 2022, the Honourable Minister had, through the Legislator, called for the immediate removal of crops and buildings that were within the Right of Way (RoW), to ensure a work devoid of obstruction on the road.

Subsequently, the Contractor, on Thursday, February 10, returned to the project site, which had been awarded by the Federal Government, since the year 2019, but was stalled, consequent on pausity of funds.

However, Famousreporters.com while in a rove figured that Sunday, September 19, 2022 would have been a black Sunday for the people of Ikwuano but for the swift intervention of Anyaragbu to help rescuing victims of the said road.