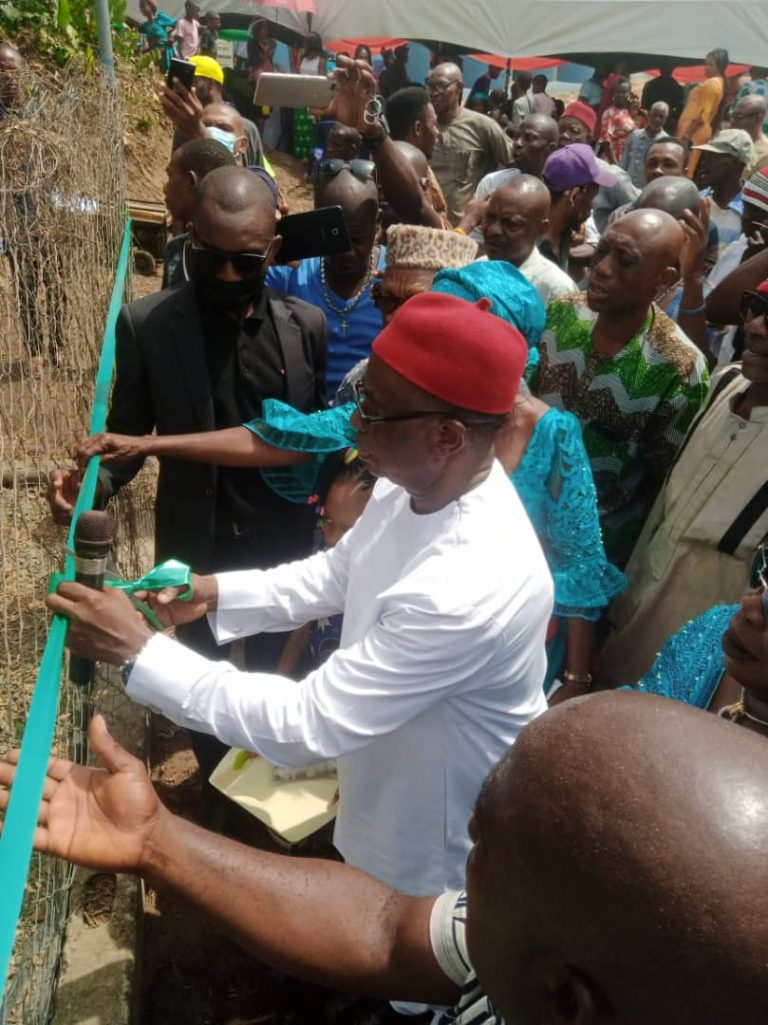 The project, Ahia Ama market, is an ancient market and dates back to the origin of Obuohia Ibere community, the celebration, fanfare and excitement of the community as they received their proud son for the commissioning of the gigantic project. 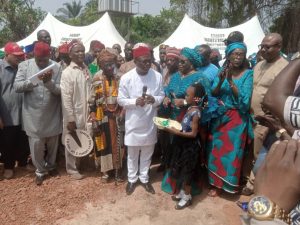 Reportedly, Ahia Ama market which trades on Orie Ukwu market day, is an integral part of the community’s culture, as it holds significant and emotional value to members of the community, thus attracting traders from far and near.

In their separate speeches, both leaders and members of the community thanked immensely Rep. Sam Onuigbo for reviving the Ahia Ama Market, which is duly equipped with a functional borehole. 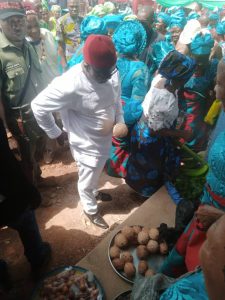 Princess Onuigbo, while lauding Onuigbo for facilitating the project, commended the women of Obuohia and the entire members of the Organization, for their leading role in the development of the community.

Recounting efforts to reconstruct the Ahia Ama Market, she said: “Between 2007-2008 when our market, Ahia Ama, became so dilapidated and lost to us, we began to make efforts to resuscitate this market so that it can once again be the source of livelihood and engagement of our teeming women and their counterparts from neighboring villages.

“That was why we decided to tax ourselves to build this market. Fortunately for us, our beloved son and husband, Rep. Sam Onuigbo, promised that he would make efforts to ensure that he solved this problem for us. One thing is sure, we, the women of Obuohia will forever remain appreciative of our son, Rep. Sam Onuigbo, for his consistency in supporting us. Honourable, you will always have our support, and the God of Obuohia women will always guide you and open doors for you.”

Also speaking, Mrs. Akubuokwu Oruh, vice president of Obuohia Development Union (National Women’s Wing) and Home Branch Women’s leader, thanked Rep. Sam Onuigbo for constructing and reviving the market, and for many more other developmental projects which he attracted to the community.

“God is using Rep. Sam Onuigbo to impact positively on the lives of his constituents, and I pray that God blesses him abundantly. May I use this opportunity to inform our neighbors that we have started our market. We welcome you to come and join us trade and build this market”.

Hear him:
“Obuohia will not stop saying thank you, we are just beginning to say thank you. Imagine a great market like this, when you come to this place, it’s just firewood, but today, it’s no longer a firewood market”. He thanked Rep. Onuigbo for all that he has done for the community. I want to appreciate each and everyone of you present in this our moment of great happiness.”

Earlier in his address, Rep. Sam Onuigbo – aka. Odozio-Obodo explained that his efforts to develop his community were not aimed at acquiring praise.

In his words “I have always done something for my community. Those efforts were not borne out of having money, but out of pure love for my community and my people. It is apt to state here that the motto of Odozi Obodo Foundation is “Service to Humanity”. My sole focus in life is to affect lives positively, starting, of course, from my community. I will continue to do so no matter the many challenges I face. Close associates know that if I could bring the moon to Obuohia, Ibere Ancient Kingdom, Ikwuano, our federal constituency, Abia state, and indeed Nigeria, with a snap of my fingers, I would do so without hesitation. So, whatever I have not done will not be for want of trying. Of all the things I have attracted to Obuohia, these market stalls and borehole are perhaps the closest to my heart. That is because this was a direct request from our mothers and wives, for whom I have great regards”, he concluded.

Meanwhile, the event was attended by dignitaries, friends and well-wishers of Obuohia Ibere community from across Abia state and beyond, with a grand reception which took place at Rep. Onuigbo’s residence.