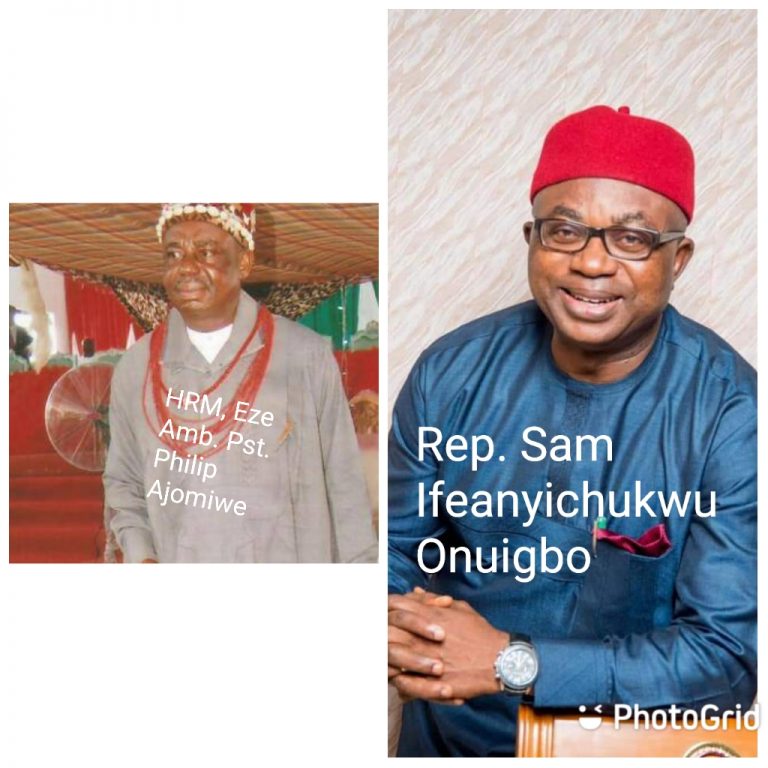 This is following the arrival of Hartland Nigeria Limited and the subsequent commencement of work on the 50-km road, which has, in no doubts, elicited a lot of excitements from both motorists and commuters.

It would be recalled that on January 7, 2022, the Honourable Minister had, through the Legislator, called for the immediate removal of crops and buildings that were within the Right of Way (RoW), to ensure a work devoid of obstruction on the road.

Subsequently, the Contractor, on Thursday, February 10, returned to the project site, which had been awarded by the Federal Government, since the year 2019, but was stalled, consequent on pausity of funds.

Reacting to the laudable feat, Eze Ajomiwe, who described Rep. Onuigbo as an exceptional politician, who inspite of his accomplishments as it regards Climate Change Bills at the Green Chambers, has not relegated the interest of his Constituents to the background.

Though somewhat skeptical about the good news, the royal father whose joy knew no bounds, thanked God for the ongoing construction, stressing that the federal road has been a death trap over the years, but, however, expressed immense gratitude to Onuigbo for bringing back a glimmer of hope to the users.

“If it’s true that work has commenced there, personally, I’ll say glory be to the name of our Lord Jesus Christ because that road has been a thorn in the flesh of everyone including all of us who pass through it. It’s a welcome development and God will reward all of them who facilitated it. That road is a busy road; many people from Akwa-Ibom pass through it to Abia State to access other states of the nation, because Akwa-Ibom is impassible to Aba and Ikot-Ekpene which is near Umuahia but thanks be to God. It’s a welcome development. 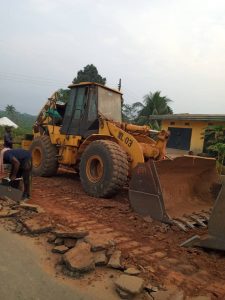 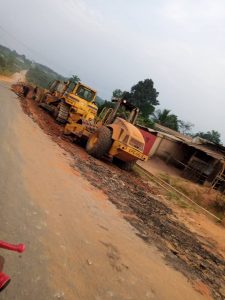 “We say thank you to God, those who facilitated it and those who gave the approval, if truly work has commenced there. You know, sometimes, they’ll say they’ve awarded roads but the contractor will not be in place. But, if the Contractor is already there now although I will be like to visit there to be sure first before concluding but I would not want to behave like Thomas who insisted on seeing first. So, I believe you as a Journalist since you said work has commenced there already. May the name of the Lord be praised.”

Describing Onuigbo as an ambitious and zealous man, the immediate past Chairman of Umuahia  North chairman of traditional rulers recalled that Onuigbo who is currently serving under the All Progressives Congress, (APC), had overtime been sensitive to the yearnings of his people beginning from his early assumption of office, under the platform of the People’s Democratic Party, PDP.

“Sam Onuigbo was elected under PDP platform to represent Ikwuano/Umuahia Federal Constituency. To me, he has done well even during the time he was in PDP up until he defected to APC. The foundation he got when he was in PDP has made him excel to the level he is today and he has done very well to attract and facilitate the present road project. He started this project right from his time in PDP but his emergence in APC has expedited the push for that Ikwuano Umuahia/ Ikot-Ekpene road. So, he’s someone who has ambition and zeal to have his name written in gold. And for this very road, it’s a landmark for him.

Asked whether Onuigbo’s administration could be viewed as more impactful since he joined the ruling party, Eze Ajomiwe said:

“For me, the drive has always been in him right from when he was in PDP but because of what is obtainable in our country today, hence if you belong to the ruling party, you’re sure of getting what you want to the detriment of the opposition party, the syndrome of the winner takes all.

“He has done very well. If he was still in PDP, be would still do the same but you know, this our nation, the party in power is always reigning and that is what they use in attracting people into their party because they have ‘both the yam and the matchet.

He, therefore, implored his Constituents and all Abians in general, to support the Distinguished Lawmaker in whatever way necessary to enable him unfold all what he has in store for them, while charging some antagonists to desist from the awful act.

“Those casting stones at him should cease from that and rather encourage him to continue and not to fight him because he defected to the ruling party. That is his choice, he has made his choice and it’s working for him.”

Also, Eze Ajomiwe used the medium to commend Onuigbo for his recent successes in championing Bills on Climate Change Climate, which has been noised abroad.

Meanwhile, our Correspondent who visited the area, confirmed that
work has begun heavily at Okwe-Oboro around Valley, as scraping of the initial coal tars and ground levelling have been completed.

Famousreporters.com recalls vividly that, the high spirited Legislator had overtime, during interviews with newsmen, had vowed to stop at nothing in making the road passable before the end of his tenure, as he expressed intense sadness over the deplorable condition of the said road and it’s accompanying suffering imposed on both motorists and commuters.