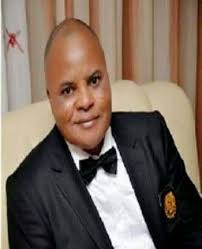 The Federal High Court, Abuja, on Thursday, ordered the Independent National Electoral Commission (INEC) to issue a Certificate of Return to Ifeanyi Ararume within a fraction of 72 hours based on the result of the December 5, 2020, Imo North Senatorial bye-election, having been declared as the valid candidate of the All Progressives Congress (APC).

Justice Taiwo Taiwo, in a judgment, said Mr Ararume remained the winner of the election going by the earlier judgments of the court.

According to him, with regard to the Appeal Court judgment in Abuja, the 3rd defendant (Chukwuma Ibezim) remained disqualified.

The judge earlier in a ruling dismissed Mr Ibezim’s application seeking a stay of the judgment, pending the hearing and determination of the suit before the Supreme Court.

Justice Taiwo, who described the application as “an attempt to arrest the judgment,” dismissed it for lacking in merit.

Messrs Ibezim and Araraume had fielded themselves as APC candidates prior to the election.

Although INEC had declared APC winner of the bye-election, the commission did not return a candidate from the party.