The Igbo National Council (INC)
has given a 24-hour ultimatum to the Rivers State Governor, Nyesom Wike to immediately desist from the massacring of armless residents of Oyibo, in Rivers State otherwise he would be in for a shocking disappointment.

The group, in a release signed by Chilos Godsent and Zulu Ofoelue, President and Secretary-general, INC, respectively, issued to newsmen, on Monday’s afternoon, bewailed the gruesome killing of innocent, armless inhabitants of the area by some blood thirsty Nigerian Soldiers, while condemning in totality the act.

*GOV. NYESOM WIKE SHOULD STOP THE GENOCIDE IN OYIGBO LGA NOW OR WE SHALL A FATWA ON HIM!* 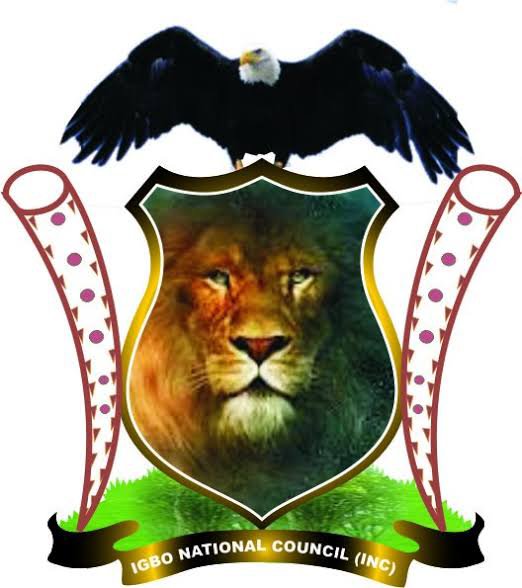 We have noted the treacherous broadcast by the Gov Nyesom Wike regarding the activities of the Indigenous People of Biafra (IPOB) in Rivers State and arrived on the conclusion that Gov Nyesom Wike is dancing ‘Surugede’ and very will soon be disappointed.

We have done the detail analysis of the treacherous and unholy romance of Gov Nyesom Wike with the blood thirsty murderous Nigerian soldiers whom Nyesom Wike has commissioned to massacre the Oyigbo residence. Intelligence available to the Igbo National Council (INC) shows that the  satanic alliance of Nyesom Wike with the Jihadists Nigerian Soldiers  was triggered by his inordinate desperate ambition to vie for Vice President in 2023 Presidential race. The script is that Nyesom Wike must show to the Jihadists that he has the capacity and willingness to attack and try to exterminate the Igbo Race in Rivers State as condition to get the support of the Caliphate.

The Igbo National Council (INC) therefore wishes to advice Nyesom Wike to good back to school to read history in order to be clearheaded of what the outcome of his new alliance will be in 2023. When they finish using him they will dump him like they dumped Adams Oshomole, Rt. Hon. Rotimi Chibuike Amaechi, Sen. Orji Uzor Kalu and Sen. Ahmed Bola Tinibu and many others.

Finally, the INC therefore call on Nyesom Wike to immediately recall those blood thirsty killer gangs of the Nigerian soldiers that are rampaging in Oyigbo killing innocent armless Nigerians while Boko Haram is busy sacking many communities in the Northern Nigerian States.

Consequent upon the above, we therefore give Nyesom Wike seventy two hours from Tuesday 3rd November 2020 to withdraw those murders disguising as Nigerian soldiers from Oyigbo or we shall declare a Fatwa on Nyesom Wike and also petition him to the International Criminal Court (ICC) on offence of genocide.

‘W-shaped’ recovery may be too optimistic, Fed’s Powell...

Trump hit with new blow in bid to...

US to halt funding to WHO over coronavirus