Incessant Deaths in Ibeku Land: Gospel Ministers Association Acts in Utter Indignation **See what they did 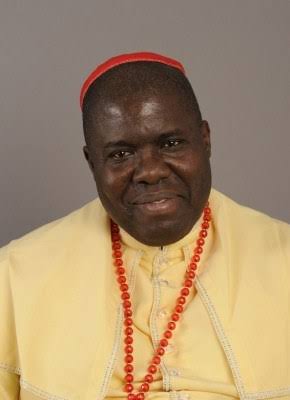 The Ibeku Gospel Ministers Association, in Umuahia North Local Government Area of Abia State has unanimously resolved to ‘take the bull by the horn’, following the calamity that has befallen the Ibeku Ancient Kingdom Land.

It would be recalled that five illustrious sons and some daughters of the ancient kingdom have been struck by an untimely death in the shortest fraction of time, thus leaving the people in utter devastation and great mourning.

The recent recurrent deaths as recorded in Ibeku land, therefore, has drawn the attention of the true sons and daughters of the land into a swift action, hence the urgent need to inquire of God in their quest to mark an end to such grave misfortune. 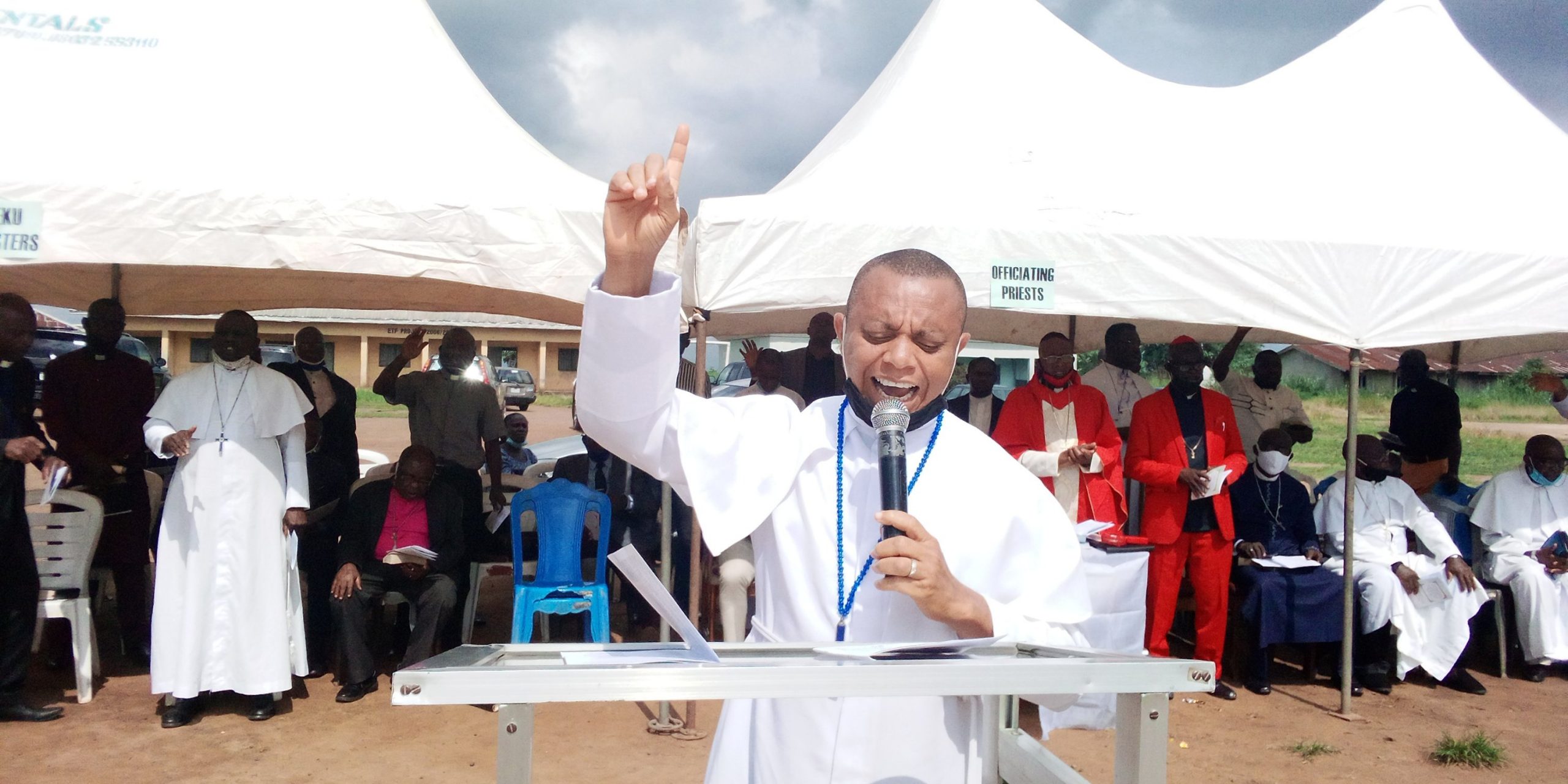 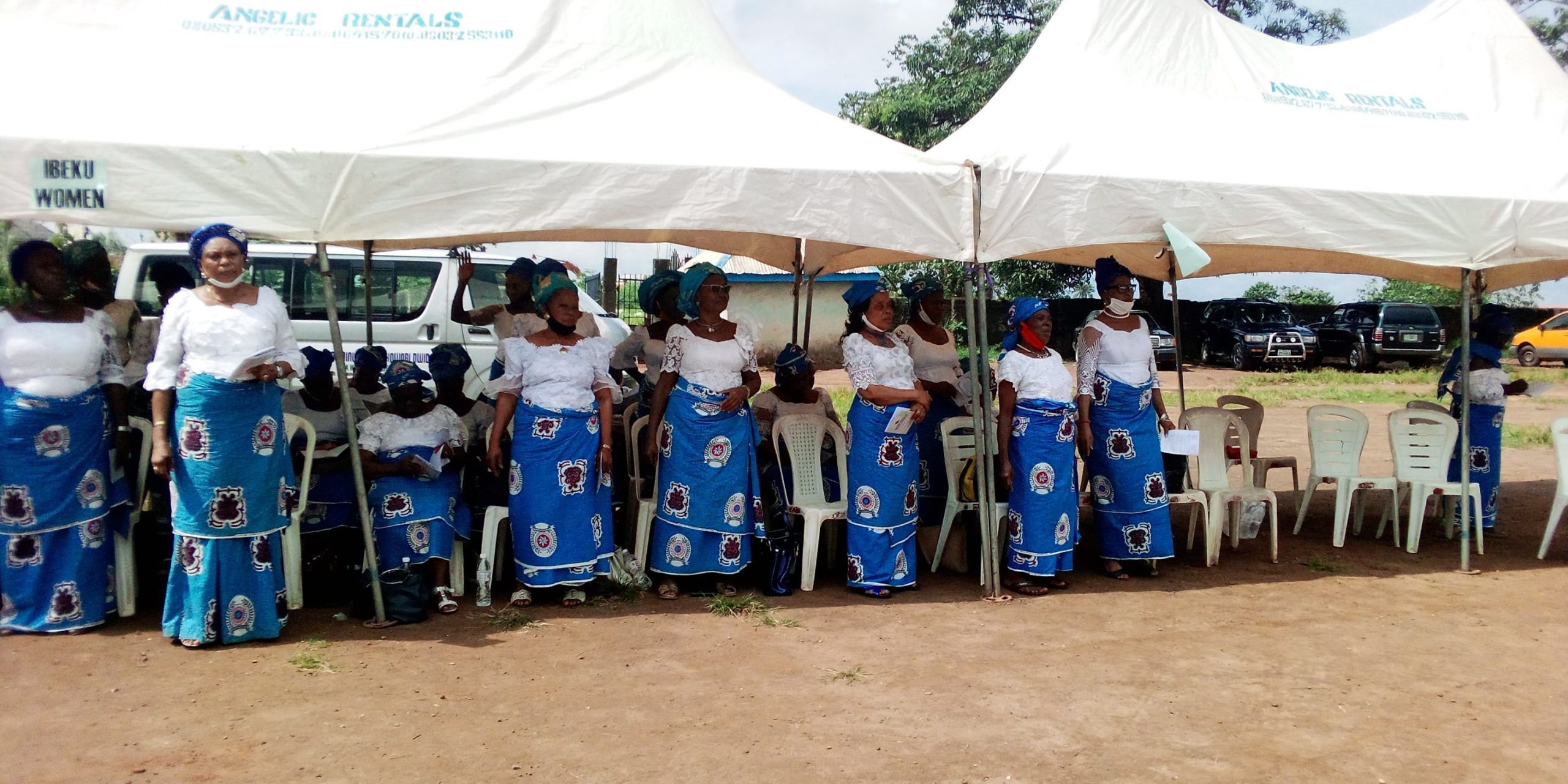 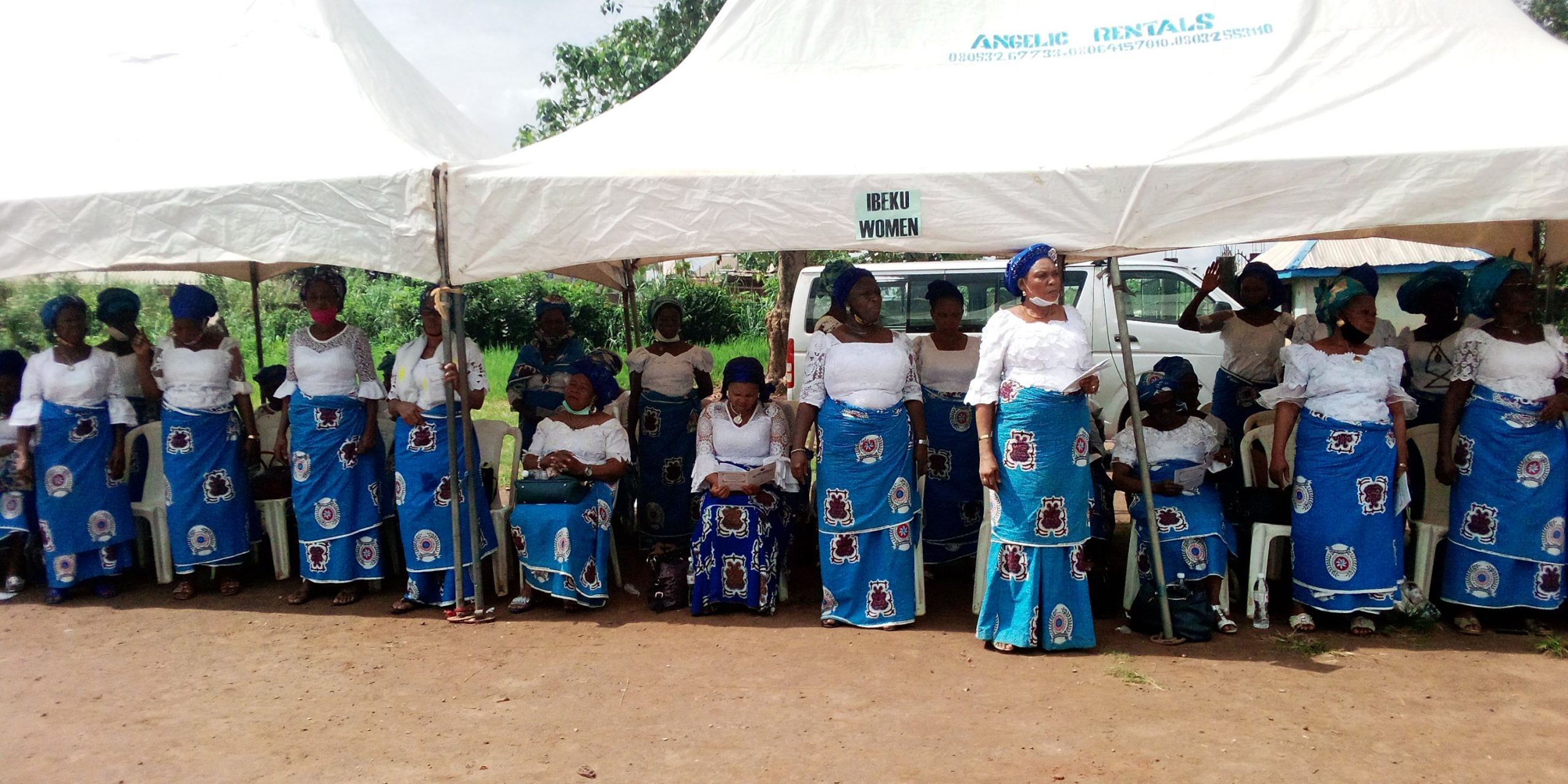 In a bid to achieve this, the Methodist Archbishop of Umuahia and a great and passionate son of Ibeku Ancient Kingdom,
Most Revd. Dr. Chibuzo Raphael Opoko, alongside other Ministers of the gospel of Christ from the ancient kingdom, on Saturday 29th August 2020, passionately in a solemn assembly sought God’s immediate intervention.

Speaking on the theme: “We May Be Saved From Distress And Death”, with the scriptural reference, Ps. 107:13-14, Most Revd. Dr. Opoko reiterated that their gathering was consequent upon “the calamity, pestilence, death and distress our people have experienced recently.” 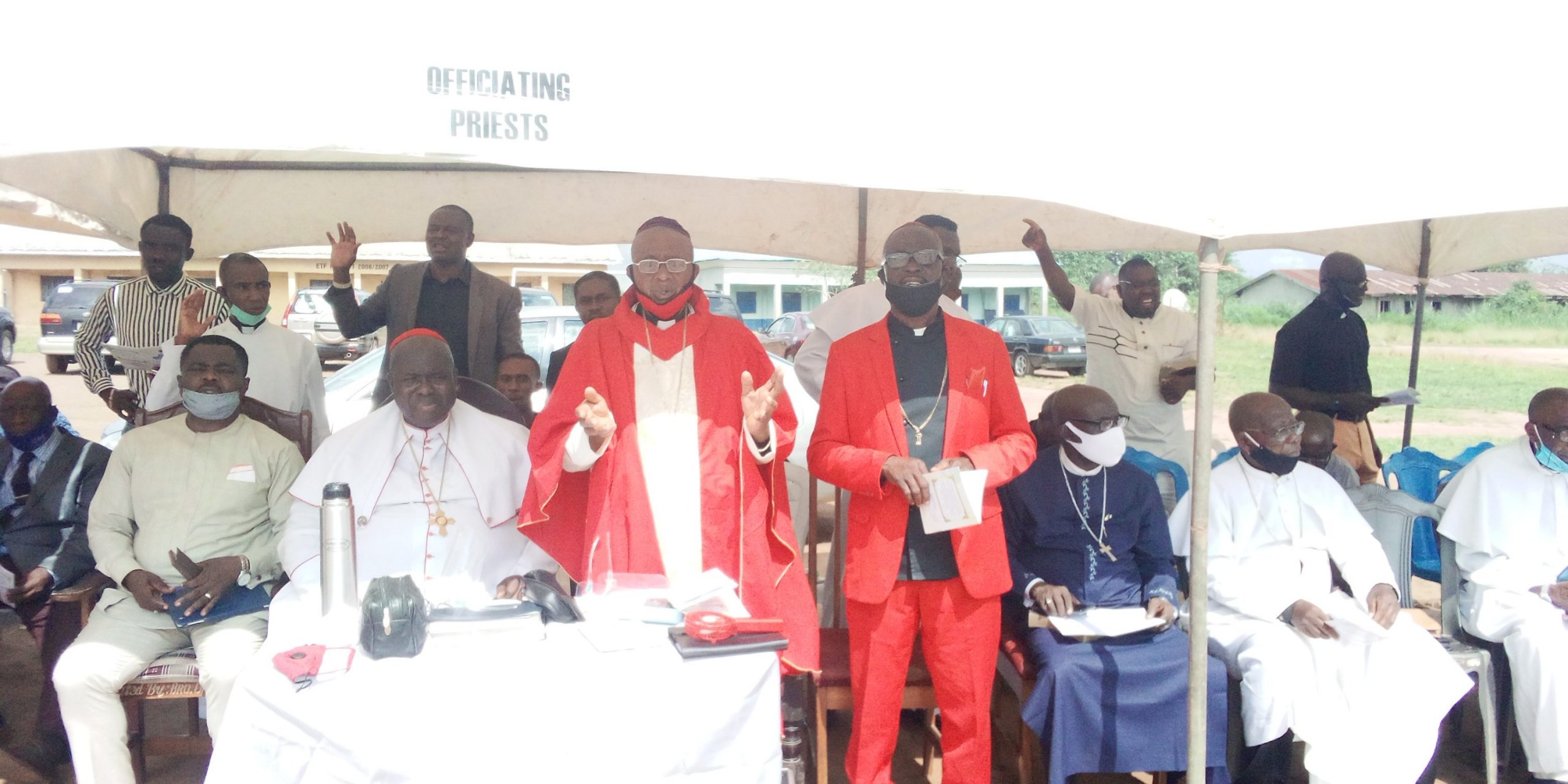 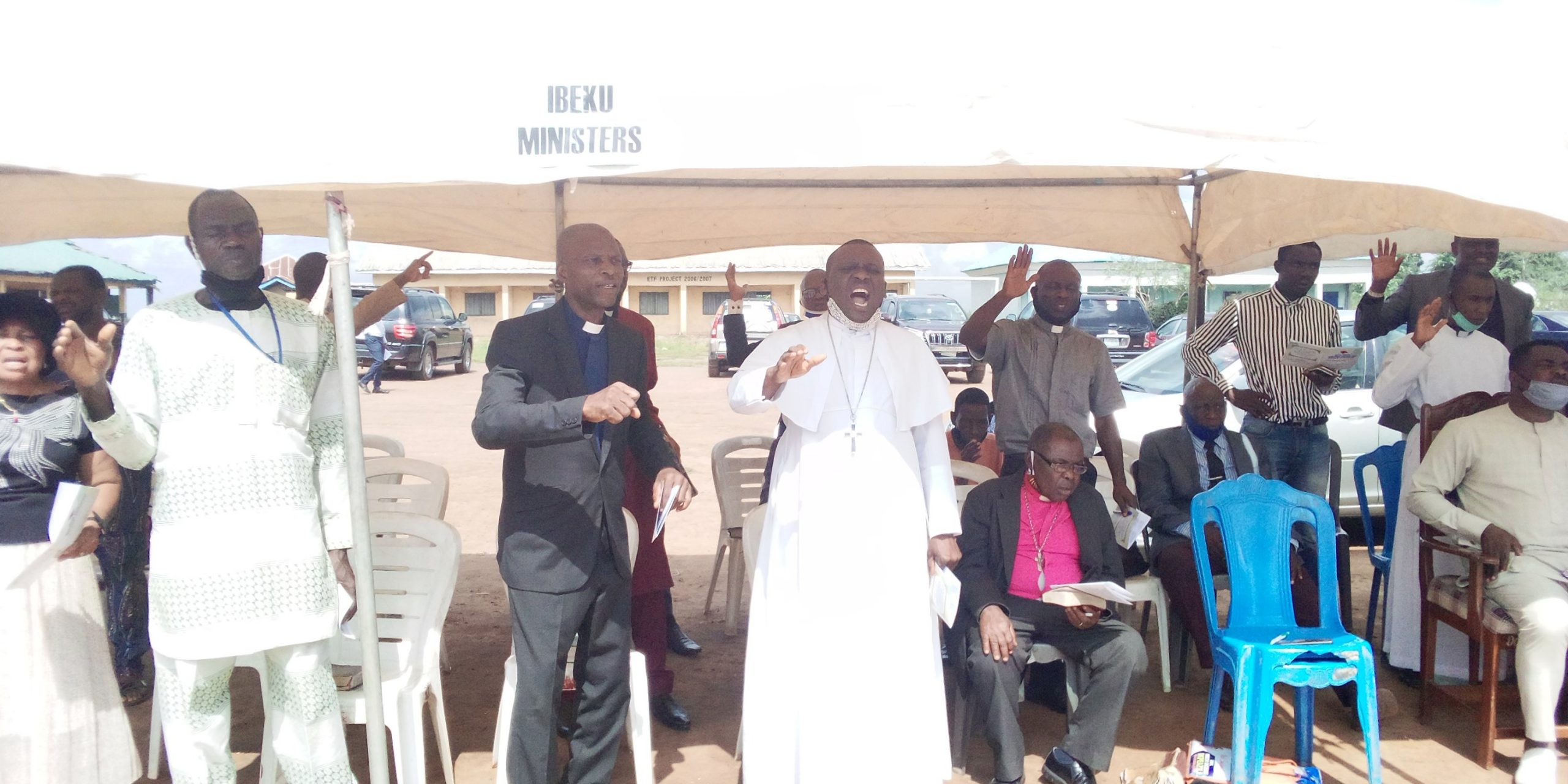 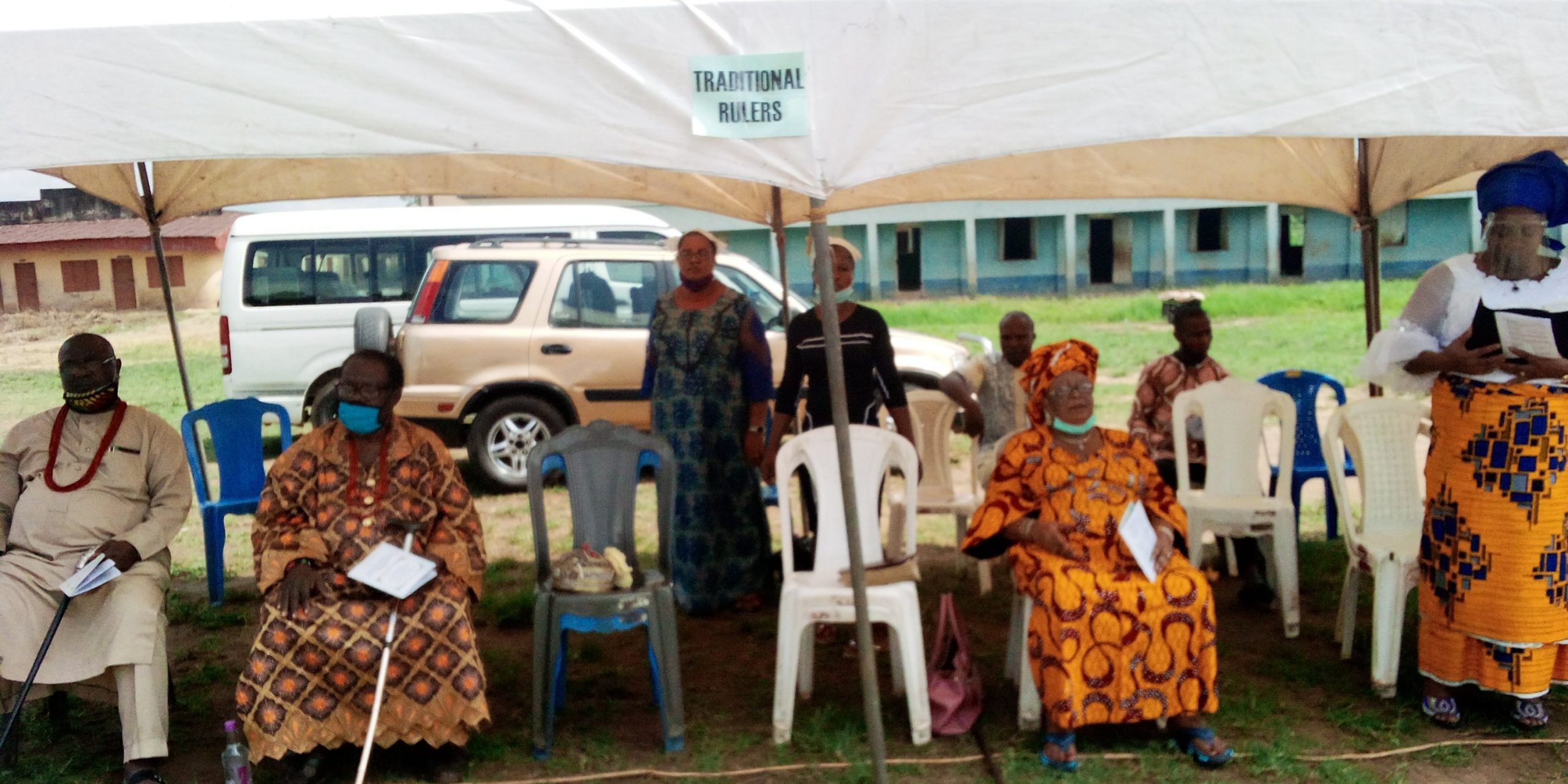 According to him, Ibeku land has lost not fewer than five prominent sons within a stretch of six weeks, ranging from HRH Eze Daniel Egbeogu, the Okwu-Ukwu 1 of Okwuta Ibeku, the former Chairman of People’s Democratic Party, (PDP), Chief Johnson Onuigbo, Prof Dr. Augustine Mbanaso, among others.

Hear him: “The gathering was prompted by a call according to Joel chapter 2, because of the calamity, pestilence, death and distress our people have experienced recently. We have lost in this short period five notable and illustrious sons that people know and many others unknown to the general public some of whom are young with potentials but their destinies have been cut short by untimely death and some others who are aged. And we gathered here to say, “enough is enough”!

“We have lost a great Surgeon with great human impact, a sagacious politician – the State PDP Chairman, a respected traditional ruler, a permanent secretary and just this last week, we lost an erudite Professor and this is within six weeks.

On his views about the low population gathered for the prayer, he pointed out that destinies could only be shaped by the word of God, saying, “destinies are never shaped by rice and beans, but when the word of God is established in the people, this is the best palliative anybody can think of at this time because if you had called for palliative, may be many would have trooped in here but you call it prayer then some people think it’s nothing. But, prayer is a palliative from heaven. I once said that the greatest sanitizer is the blood of Jesus Christ. So, the word of God is the greatest palliative anybody can think of at this time of uncertainty.

“The gathering comprises Ministers from the ancient kingdom and those dwelling in the land from different denominations such as Methodists, Anglicans, Assemblies, Presbyterian, Pentecistals – name them. We also have representatives of those in government and the traditional institution.

The Guest Speaker is the General Overseer of Soul Winners Ministries, my beloved friend who came all the way from Owerri, Bishop Dr. Nelson Nnanna”

He, therefore, advised those in authority to always recognize the supremacy of the Lord God Almighty over all the earth and as such, stressing that “God has authority over this land and anybody that does not want to see the things of God does that at his or her own risk.

Today, we have taken over as Ministers that God has ordained to possess their possession. Anyone else who tries to establish another altar is doing that at his or her own risk because sometimes, the altars will rise up and consume them that have gone to consult it”, he said.

Exhorting the congregation, the guest speaker, Bishop Dr. Nelson Nnanna maintained that no community could exist without God, adding that, “the earth is the Lord’s and the fullness thereof”.

Meanwhile, the section had in attendance traditional rulers, former commissioner for Public Utilities and Water Resources, Hon. (Barr.) Chidiebere Nwoke, wives of Bishops, women leaders of the various communities, as well as youths.