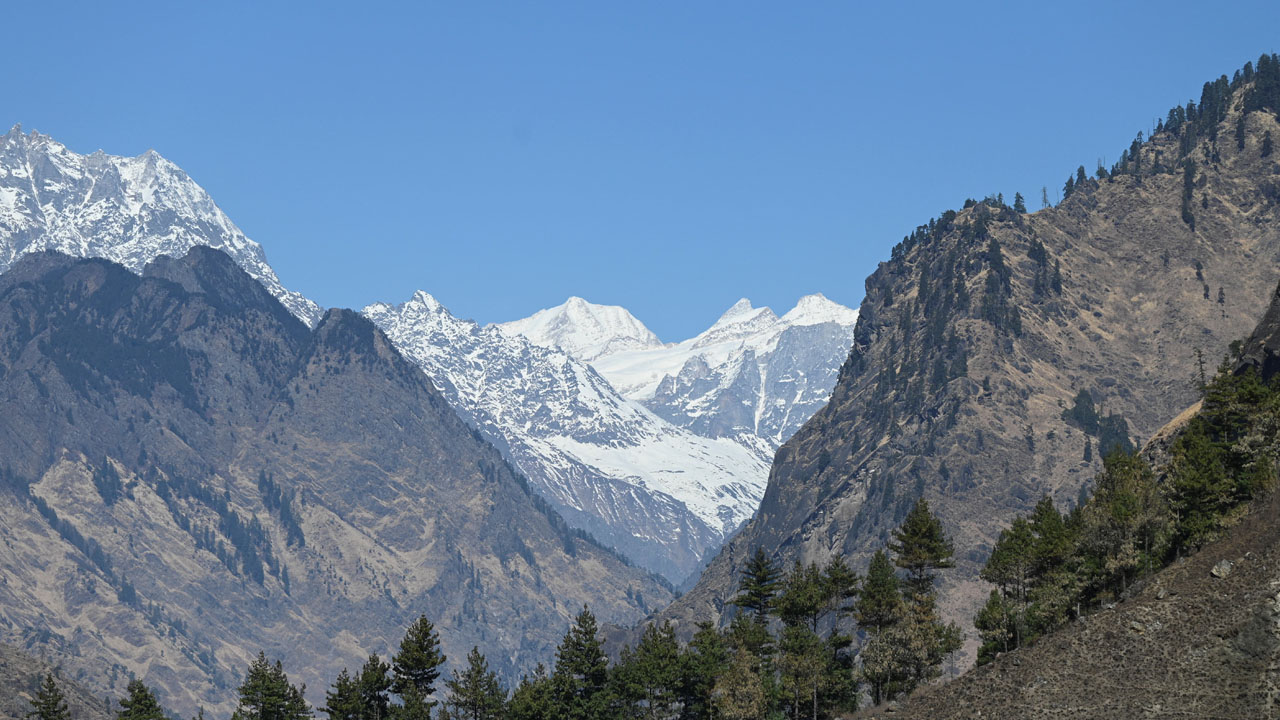 In this picture taken on February 11, 2021 a snowcapped Himalayan mountains peak is seen in Uttarakhand’s Chamoli district. – Long before this month’s deadly flash flood in a remote Indian Himalayan valley, Kundan Singh Rana knew that all the construction work in the fragile region would one day mean disaster. (Photo by Sajjad HUSSAIN / AFP) / TO GO WITH: INDIA-CLIMATE-ENVIRONMENT-MOUNTAINS-FLOOD, FOCUS by Jalees ANDRABI

Long before this month’s deadly flash flood in a remote Indian Himalayan valley, Kundan Singh Rana knew that all the construction work in the fragile region would one day mean disaster.

“The rivers, mountains and trees are like our gods and any sacrilege will have consequences,” Rana told AFP in his village, overlooking the hydroelectric project that was obliterated by what was believed to be a glacier collapse on February 7.

“The Rishi Ganga river and our mountains have been scarred beyond repair by human greed. This flood is God’s retribution,” the 43-year-old farmer said.

Scientists may not share his belief in divine punishment, but they agree that the blame for this latest disaster which killed 60 people and left 150 others missing lies largely with human activity.

The anthropogenic impact includes the shrinking of glaciers in the Himalayas, one of the regions hardest hit by global warming.

The recent disaster is thought by experts to have been caused by a chunk of glacier 15 football fields long and five across breaking off, bringing with it part of a rock face.

This dammed up a small river high in the mountains until the mass of backed-up water broke through with awesome ferocity and speed.

The roaring deluge of water, rocks and soil hurtled down a V-shaped valley, sweeping away homes, roads and bridges as well as around 200 people, many of whom have still not been found almost two weeks on.

Climate change and development
The latest catastrophe “is clearly a fallout of climate change and in itself a tell-tale of our future”, H.C. Nainwal, one of the several glaciologists who visited the site, told AFP.

The runoff can form glacial lakes which can then burst their banks in spectacular and destructive fashion.

The other factor can be heard in the regular thuds of dynamite ringing through the valleys of Uttarakhand state, where the recent flood struck.

Some of this explosive activity is for new roads to beef up the disputed border with China following last year’s clash that left 20 Indian soldiers dead.

But the biggest problem is the construction of hydroelectric plants across the vast network of Himalayan rivers, part of India’s drive to boost renewable energy.

Over 75 small and large power projects are operational in Uttarakhand and dozens more are planned — many without proper attention to the potential risks, experts say.

No trust in the government
Experts say that these projects make other devastating flash floods more likely, while also increasing the risk of landslides.

The dangers were plain to see in 2013 when a flash flood killed 6,000 people in Uttarakhand and devastated the region.

In its wake, India’s top court-appointed a scientific committee that recommended no more hydro plants be built in the area — advice which is being ignored.

Locals in the area — home to a famous 1970s campaign to protect trees — say that they have seen none of the promised economic benefits of the development and that their concerns have been ignored.

They launched a campaign in 2019 and petitioned a court over illegal sand mining and the dumping of muck in the Rishi Ganga river that they said was contributing to landslides and floods.

But deforestation for infrastructure projects, sand mining and quarrying continues.

“We used to trust the government and believed that it was working for our welfare but that’s not the case,” Surinder Singh, 55, told AFP.

“Any dam or road that threatens our lives and the mountains will be fought tooth and nail.”

Kobe Bryant to be inducted into Basketball Hall...