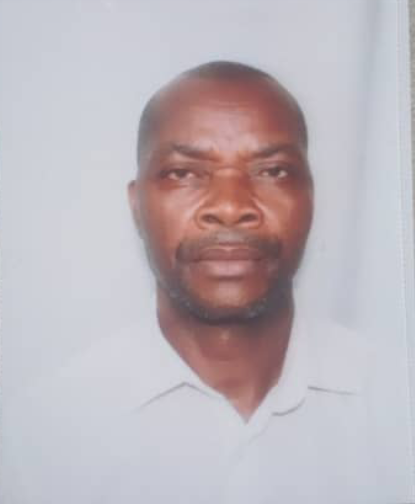 The CEO of Total Freedom Foundation, (TFF) Barrister Chinedum Okoro has bemoaned the glaring absence of government in Mkpa community, Bends Local Government area of Abia state over the years.

Barr. Okoro who without mincing words accused Ikpeazu’s led administration of failing the people of Mkpa in the delivery of dividends of democracy with focus on infrastructural development.

Speaking with Famous Reporters, the 2019 Federal Representatives Aspirant of the All Progressives Grand Alliance (APGA), in the state, amidst notable heartache regretted that his people were only remembered during electioneering periods.

“I will say that State government has failed Mkpa people because a number of times, they have attempted to bring in materials ostensively to do some work but those materials disappear immediately after election.

“A number of successive Governors in Abia state have done that and we believe that those are politically related issues up until when Distinguished Senator Orji Uzor Kalu came to rescue the people of Bende but regrettably, the Abia state government came up and frustrated further continuation of that project to the chargrin of Bende people, by saying they were going to continue from there for over three years ago and nothing has happened.

“Ikpeazu led government brought in some materials, machines, Caterpillars, and other things towards the electioneering period of 2019 but regrettably, those materials disappeared immediately after the election without a single touch on the land. 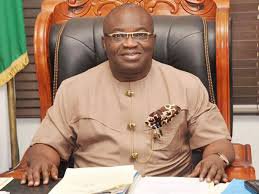 Meanwhile, some of the roads which have been impassible over the years, as he enlisted include; Ugwu Mkpa, Alaegbu-Ato Mkpa leading to other communities, reiterating, “so, basically, my community, Mkpa is having a very serious challenge in terms of road accessibility”, he wailed.

Barr. Okoro, however, lauded Dr. Orji Uzor, (OUK), the Senator representing Abia North Senatorial Zone, for attracting a Rural Intervention Project of NDDC in the area, while accusing Ikpeazu led administration of frustrating the said project, claiming that Ikpeazu’s attitude towards the Bende extract has a political undertone. 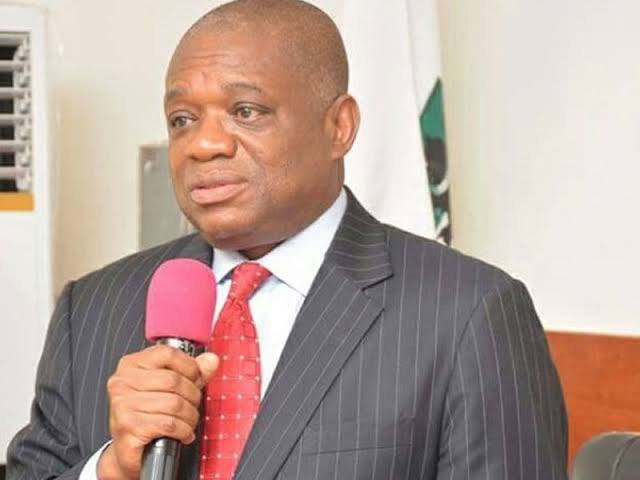 Furthermore, the CEO of TFF who expressed pain towards what he described as “the sad look” on the people of Bende LGA over the years, pledged his organization’s unalloyed support for OUK “to see how far we can affect the lives of the people; to help fulfill and actualise their God-given talents through the platform of APC”, he assured.

“On why he left APGA for APC, he said: As we speak,we have a lot of crisis going on in APGA, a lot of factions, a lot of leadership claims, even in Abia state, we have not less than two or three persons who are claiming to be state chairmen. At the national level, it’s the same thing. So, this kind of crisis are not in the interest of any serious political Aspirant. That was why personally I left the party.

“Basically, i will say i was a serious supporter of Dr. Alex Otti and it is for the same reason that Dr. Alex Otti left and I believe a lot of other people will still leave APGA if they are serious with their political aspirations because you cannot achieve anything in a crisis filled political platform.”

Speaking earlier, in a related development, Hon. Maduka Okoro, Media Aide to Sen. OUK maintained that any elected political office occupant who failed in the delivery of dividends of democracy must not by any manner of means be reelected.

His words: “This is not politics of talking and talking but politics of working and working and working. And i think the only senator in the history of Abia that has stated work even when he was incarcerated, yet works were going on in Abia Notht which everyone knows about. When you go to Isingu, Isikwuato, Ozitem, Igbere, Alayi and even Arochukwu, things are working.”

He disclosed that Orji Uzor Kalu had vowed to transform Abia North into a construction site, hence the on going series of road rehabilitation in the area.

“Orji Uzor Kalu says that Abia North is going to be a construction site and that’s what we’re doing and we’re looking at Abia North to be the hub of development. When you talk about agriculture, you talk about Orji Uzor because we’re setting up the largest farm settlement in Nigeria, in Ugwueke precisely and we have done the two construction of the road in Ugwueke leading to the farm settlement which will hit us from Abia to Ebinyi.

“Now, people that have never seen roads before in Abia North have been remembered; now we can boldly say that we’re proud to have employed young individuals that are lecturing at Nnamdi Azikiwe University, Enugu state University of Technology, we have people whom we have given jobs and we’re going to do more.”