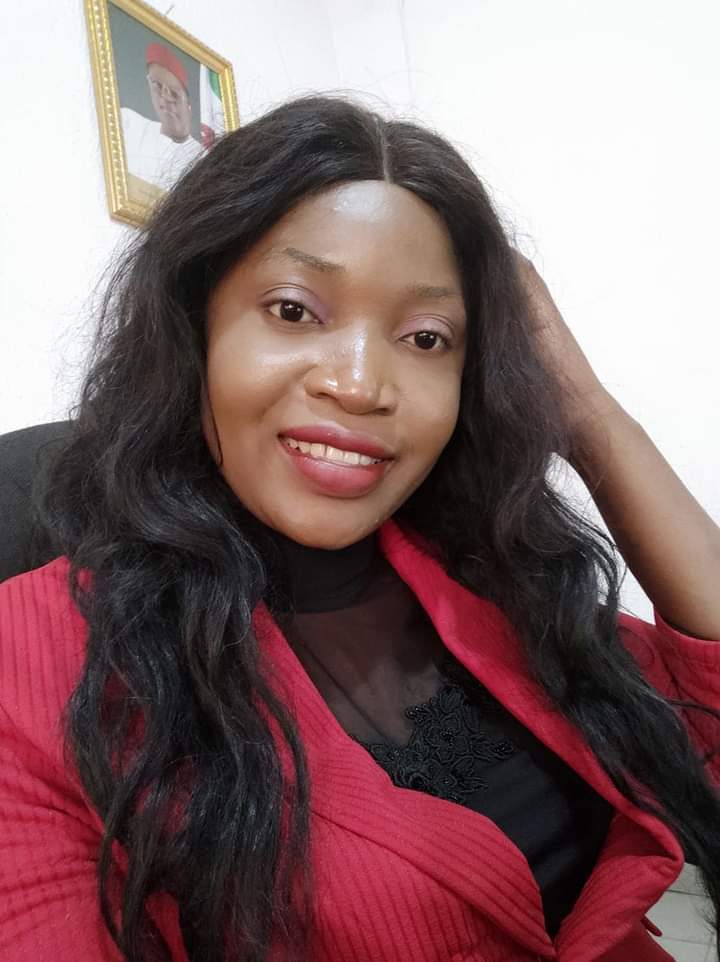 The Special Assistant to Ebonyi State Governor on Inter Party and Labour Matters, Hon. Mrs. Jennifer Adibe-Nwafor has responded to the call for her removal as SA on Inter-Party Matters by members of deregistered political parties in the State, led by one Morgan Nwogba.

In her response, which was made available to reporters, Mrs. Adibe-Nwafor described the said party chairmen as illegal group seeking for unnecessary attention.

She explained that their falsehood and pressures  would not move her to lie to the government that their parties are still existing whereas in the actual sense, they have been deregistered by INEC.

According to her, following the deregistration of 71 political parties early this year, Nwogba Morgan’s party, the United Patriot (UP) and those of his group were deregistered.

Sequel to this development, the Inter Party Advisory Council (IPAC) members across, Nigeria, including Ebonyi state became only the eighteen political parties that are still in INEC register, pending the determination of the case before the Supreme Court.

“In Ebonyi State we have only one IPAC led by Hon. Samuel Nchita. It is no longer news that earlier this year around February, INEC announced the deregistration of seventy-one (71) political parties, in which thirty-four of them approached the Court and the Court upheld the action of INEC. Twenty-two of the parties then went to the Appeal Court, but before then, IPAC at the National level led by Hon. Peter Ameh had peacefully constituted a national interim leadership wherein he handed over to Barr. Leonard Nzenwe of AAC who is currently the substantive National Chairman of IPAC.
“The national chairman went round the 36 States to inaugurate interim leadership of IPAC. Ebonyi own was on the 29th of July, 2020 and the interim committee members led by Nchita Samuel were selected from among the eighteen political parties recognized by INEC.

Later, when Appeal Court ruled that INEC did not follow due process in deregistering the political parties, rather than waiting for the directive of the National body, this other group in the State led by Morgan started making troubles.

“Meanwhile, INEC has refused to recognize them and has taken the matter to the Supreme Court and it has not been decided. In the recent Edo and Ondo governorship elections, only the eighteen political parties in the current INEC register were allowed to participate.
“In Ebonyi here, I have called all the political parties including those that were deregistered and told them to remain calm that they will always be accommodated unofficially pending when the Supreme court gives her verdicts.

Despite this uncommon hands of fellowship, the said Morgan and his group continued to circulate false information about my office, IPAC and the State government. They are expecting me to tell lies that they are members of IPAC whereas they are not.
“I want to let them know that they cannot force or pressurize me to do the wrong thing.

They should also know that the State government and the law enforcement agents will not fold their arms and watch them continue to cause troubles in the state. I have received series of reports and petition against this particular Morgan, alleging that he embezzled IPAC money, forged documents and peoples signatures, refused to hand over and even went about recruiting thugs into his unlawful group, holding illegal meetings in uncompleted buildings and beer palours in the name of IPAC.

I have invited him severally to advise him but has refused coming.
“My advice to them is to desist from parading themselves as IPAC leaders and members; they should stop feeding the public with false information and acts that can breach public peace in the state. As a government representative, I will continue to advocate for peace, but if they refuse to adhere to this advise, government will have no other option than allow the law catch up with them”, she insisted.