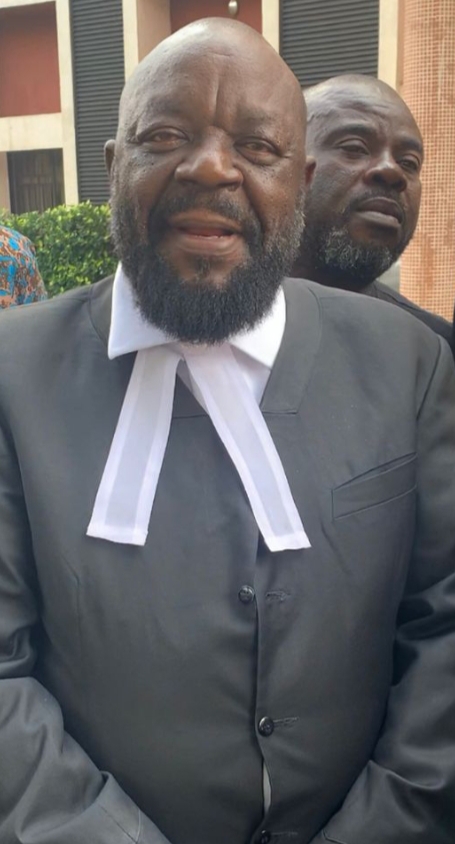 A Federal High Court sitting in Umuahia, the capital of Abia State, has granted the oral application of the Federal government to transfer Mazi Nnamdi Kanu’s extraordinary rendition case from Umuahia to Abuja.

It would be recalled that Barrister Aloy Ejimakor, Special Counsel to the leader of Indigenous People of Biafra, IPOB, had in March, 2022 filed a suit before the Federal High Court Umuahia division, challenging the extraordinary rendition of Kanu from Kenya to Nigeria, on June 19, 2/21.

It emerged that in its response to the suit, the Attorney General of the Federation had filed an objection to hearing the suit in Umuahia, requesting that Abuja division of the court is the proper forum.

However, in conceding to the objections raised by Ejimakor, the lawyer from the AGF office, Barrister Enock withdrew the application on the prompting of the court that the application was misconceived.

Following the withdrawal, the court proceeded to hear the case on its merits and reserved its Judgment for 27th October 2022.

Meanwhile, in his legal arguments before the court, Barrister Ejimakor contended that Kanu’s transfer from Kenya to Nigeria constituted an “impermissible act of extraordinary rendition that violated the laws of Nigeria, Kenya and International Law to boot”.

Also, Ejimakor argued that “this is a violation of Kanu’s fundamental rights under Article of the African Charter and Chapter Four of the Nigerian Constitution.

In his counter argument, Barrister Simon Enoch from the office of the Attorney General claimed that Kanu was “intercepted in Kenya because he jumped bail” But this argument was countered by Barr Ejimakor who insisted that “interception is not a permissible mode of transferring an alleged fugitive from one country to another”. He further stated that the issue of Kanu jumping bail was resolved in Kanu’s favor by the High Court Abia Star that had awarded him one million Naira as compensation for the military attack that had compelled him to leave Nigeria.

After listening to the submissions of opposing, the court closed the hearing and reserved its judgment for 27th October 2022 despite the Federal government’s request that the judgment be rendered in November, which Barr Ejimakor opposers vehemently.

Addressing newsmen, today, October 4, 2022, at Federal High Court, Umuahia, Barr Aloy Ejimakor posited that “the Suit is sui generis (of a special class) and it is primarily aimed at redressing the infamous unlawful expulsion or extraordinary rendition of Nnamdi Kanu, which is a clear violation of his fundamental rights under Article 12(4) of the African Charter on Human and Peoples Rights, as well as Chapter IV of the Nigerian Constitution.

Continuing, Ejimakor noted that; “In addition to the rendition, I am asking the Court to redress the myriad violations that came with the rendition, such as the torture, the unlawful detention and the denial of the right to fair hearing which is required by law before anybody can be expelled from one country to the other.

“I am also seeking to halt his prosecution and restore him to the status quo before he was rendition on 19th June, 2021. Sponsored You will recall that that on 19th January, 2022, the High Court of Abia State decided that portion of violation of Kanu’s fundamental rights that occurred in 2017. Even as I had made claims that bordered on rendition, the Court declined jurisdiction on grounds that rendition, being related to extradition, lies within the exclusive jurisdiction of the Federal High Court.

This is what informed my decision to initiate the suit before the Federal High Court. To be sure, the extraordinary rendition of Nnamdi Kanu triggered myriad legal questions that cut across multiple jurisdictions in Nigeria and even triggered the international legal order, to boot. In other words, the rendition has expanded the matter of Kanu far beyond the realms of the Abuja trial and opened up new legal frontiers that must be ventilated to the hilt before other courts and tribunals within and without Nigeria.