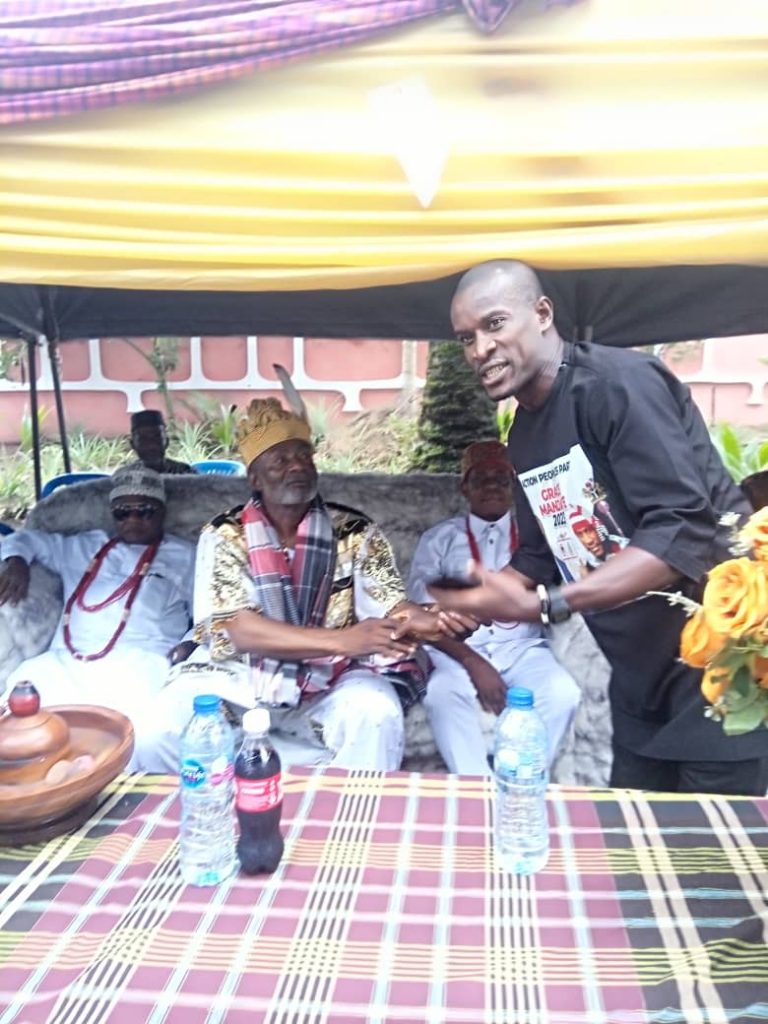 The Governorship hopeful who was represented by the House of Assembly candidate for Ikwuano State Constituency, Hon Wisdom Lan Anyaragbu, congratulated the King on the cultural event, while also commending him for his relentless efforts towards maintaining peace and harmony in the community.

Anyaragbu commended him HRM, King Larry Ogbonna for his outstanding efforts towards uniting the Kings of the various communities in Oboro clan.

The House member hopeful who pledged their support to the King in promoting the cultural event, urged him to continue with the existing cordial relationship with his people particularly the youths.

The royal father who blessed the efforts of the Governorship hopeful, reiterated that “only a man whose name is road can build a road (Uzor na-aru Uzor)”, he echoed.

In a related development, the APP Candidate felicitated with HRH, Eze U.I. Ejirika, the Ugwu Oha 1 of Awom-Nebo Community as he celebrated his Iri-ji festival.

The traditional ruler in his remarks, implored the people of his Community, Amawom, Umugbalu, Umuariaga, etc. to throw their weights behind their son in the forthcoming general election, in his vision to give Ikwuano a facelift.