IS built up arsenal after ‘red flags’ ignored: study 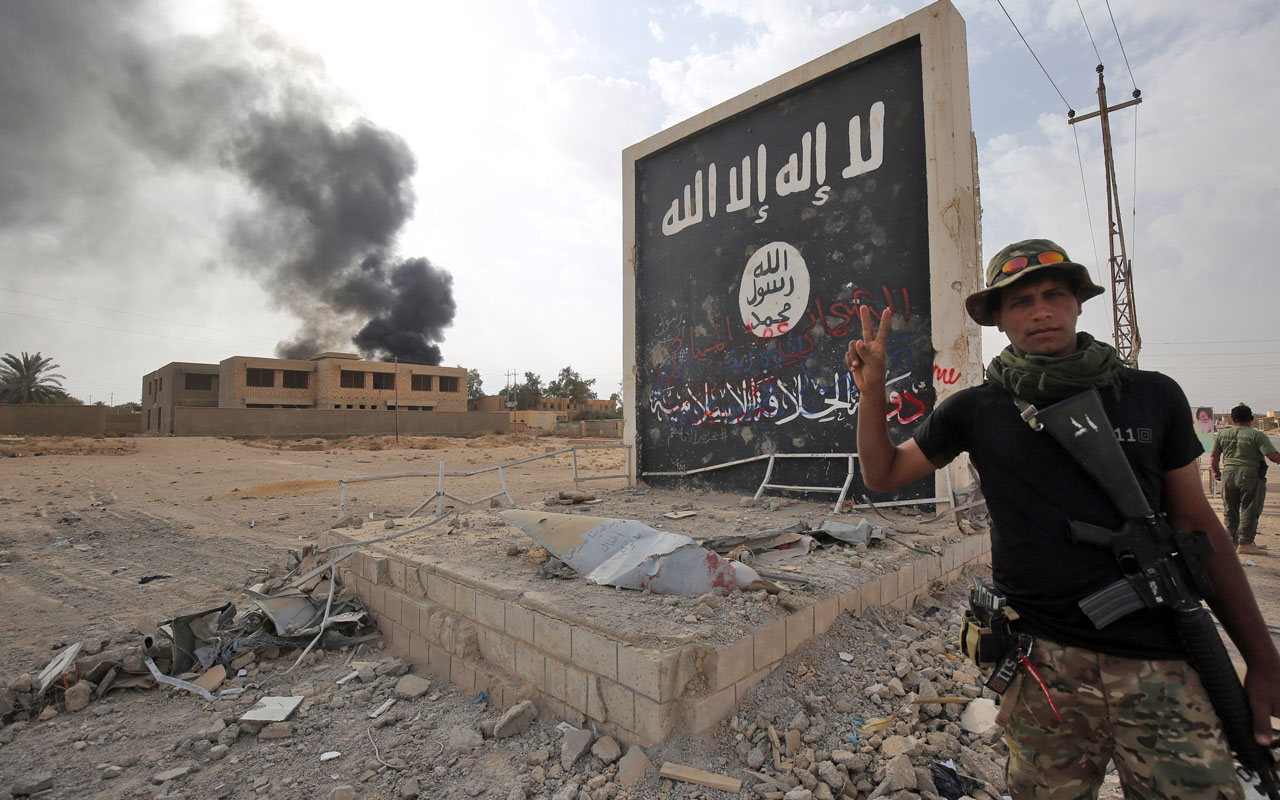 (FILES) In this file photo taken on November 3, 2017, Iraqi fighters of the Hashed al-Shaabi (Popular Mobilisation units) stand next to a wall bearing the Islamic State (IS) group flag as they enter the city of al-Qaim, in Iraq’s western Anbar province near the Syrian border as they fight against remnant pockets of Islamic State group jihadists. Between 20,000 and 30,000 Islamic State fighters remain in Iraq and Syria despite the jihadist group’s defeat and a halt in the flow of foreigners joining its ranks, according to a UN report released on August 13, 2018. The report by UN sanctions monitors estimates that between 3,000 and 4,000 IS jihadists were based in Libya while some of the key operatives in the extremist group were being relocated to Afghanistan. / AFP PHOTO / AHMAD AL-RUBAYE

Islamic State jihadists were able to build up a major arsenal of explosives, weapons and drones through a sophisticated procurement process that saw “red flags” ignored by governments and suppliers, a monitoring group said on Tuesday.

The Conflict Armament Research group said in a study that IS was able to build up a store of material for a weapons production programme in Iraq and Syria from 2015-2019 via individuals and companies in southern Turkey and also elsewhere.

IS was ousted last year from its former strongholds in Iraq and Syria — where it had wanted to build an extremist so-called caliphate — but experts warned that the know-how and connections in its supply network have not gone away.

IS “procured key commodities through groups of linked, family-owned companies and individuals located near key border crossings into IS-held territory,” CAR said, adding these groups were centred around the towns of Siverek and Akcakale in southern Turkey.

The CAR emphasised there was no evidence that these companies were “witting accomplices” to IS procurement efforts or guilty of any wrongdoing.

“They nonetheless acted as key junction points within the supply chains that provisioned IS forces,” it said.

They are based around two extended family groups in the area, it said.

It said that purchases of bulk explosive precursors and electronic items through this network had unusual features that should have raised “red flags”.

Companies made large purchases of products that were “incongruent” with their business activities, it said, pointing to how a small mobile phone shop purchased six tonnes of aluminium paste from a large chemical distributor.

‘Might have been disrupted’
Mike Lewis, co-author of the report, said the findings show how “surprisingly fragile” the procurement network was, relying on a small number of key individuals and businesses.

“With stronger due diligence, much of this trade might have been disrupted,” he said.

Namir Shabibi, CAR’s Head of Iraq Operations, warned that although IS forces may no longer hold territory, remaining cells have become increasingly active in the past year.

“Preventing their procurement efforts by spotting the kinds of red flags detailed in this report remains important for countering the group’s resurgence,” he said.

The report said that overall more than 50 companies, in over 20 countries, produced or distributed goods that IS forces subsequently used to make IEDs, drones and improvised weapon systems.

As well as Syria and Turkey, countries from where materials were obtained included Britain, Denmark and Spain.

The report also said that from at least 2015, IS technicians also sought to build sophisticated drones powered by “pulsejet” engines by purchasing technical plans.

Sam Heller, an independent analyst and advisor to the International Crisis Group (ICG), said a video posted by IS at the end of last year showing its equipment indicated it had access to relatively few resources.

“So much of it seems inexpensive and relatively easily available which is key to the sustainability of the type of insurgency,” he said.

A prominent Twitter commentator on weapons, who goes by the name of Calibre Obscura (@CalibreObscura), told AFP that despite the losses sustained by IS, “knowledge will not have been lost, it will be retained.”

If IS is in a position to use the procurement system again, “it will be much easier for them to restart that,” said the commentator.

EU citizens in the UK face two-tier system after Brexit

US govt watchdog calls for sanctions on Trump adviser

Easter Celebration: Show Love To One Another, Abia...

U.S. to Iran: Coronavirus won’t save you from...