The people of Isiama Afaraukwu autonomous community, in Umuahia North LGA of Abia State, have yesterday, elected new members of the Executive council.

The election which took place at the community’s Town hall, commenced at midday and ended at with not fewer than 74 electorate casting their votes in favour of their choice of candidates an in a tranquil atmosphere. 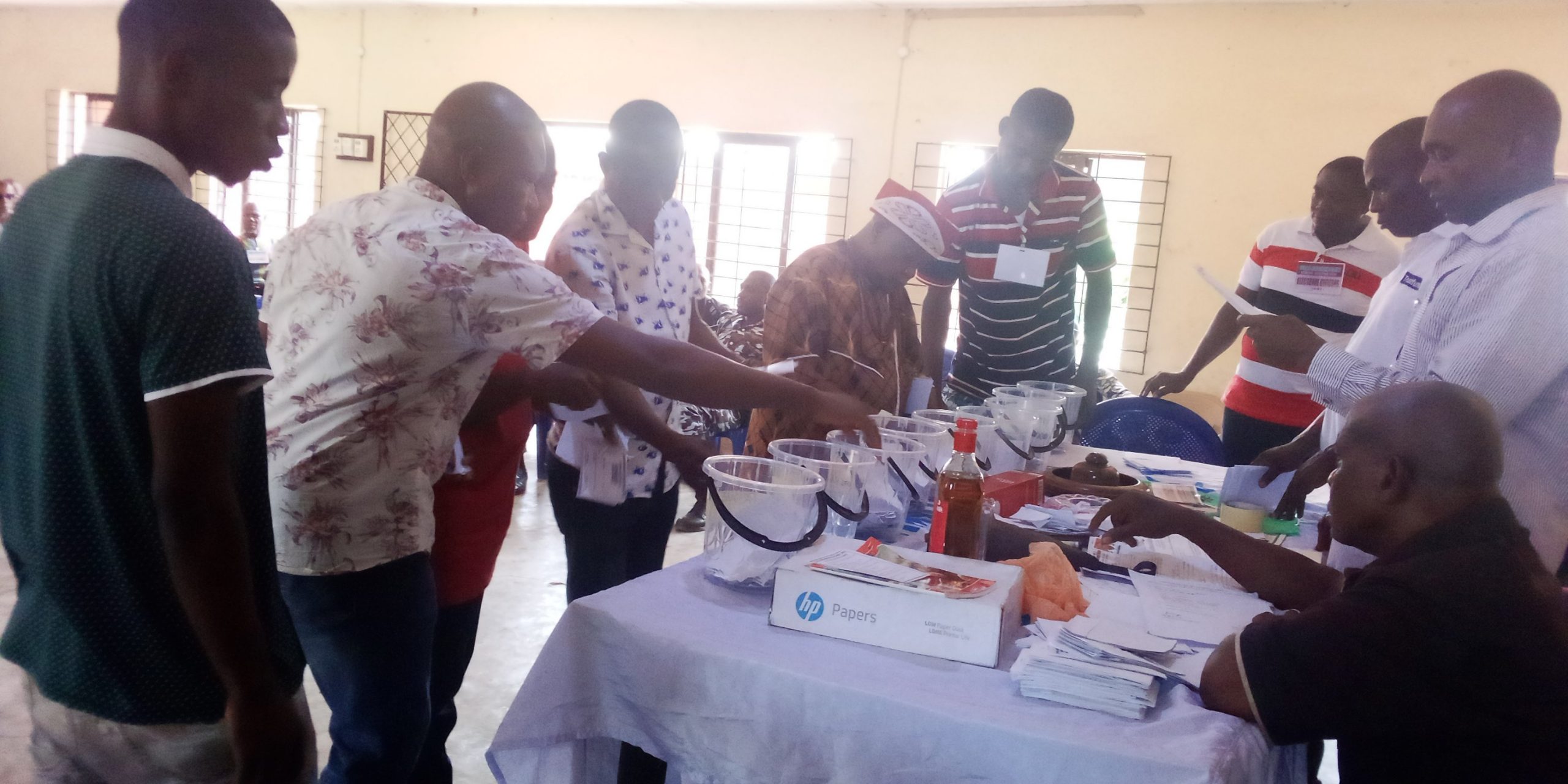 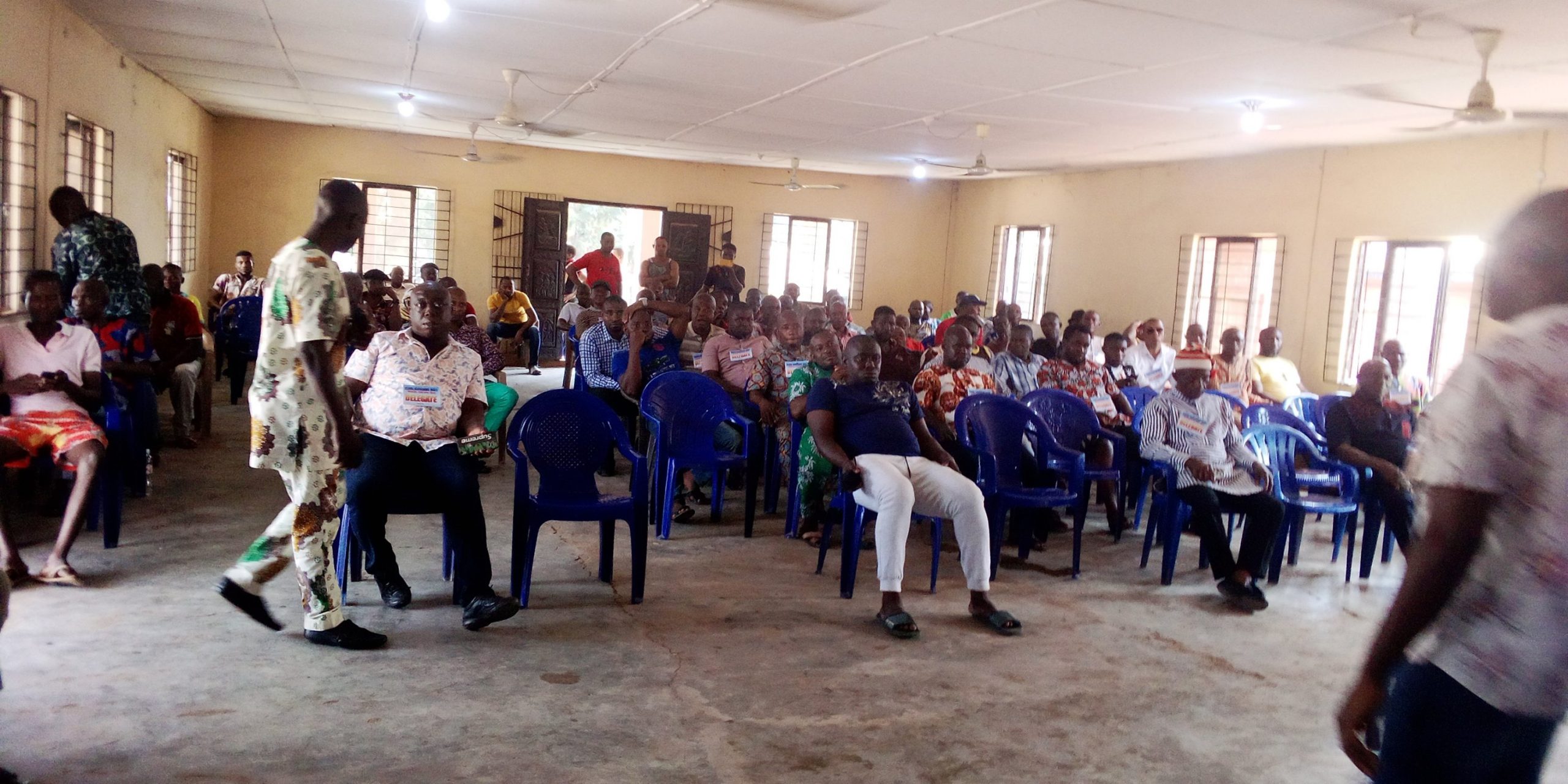 Addressing Journalists, Engr. Eborgu, the newly elected PG of Mgboko village who contested with Engr. Uko Onuigbo, having amassed a total of 52 of 74 votes, described the exercise as peaceful.

Earlier, Engr. OAU expressed unreserved optimism in his resound victory, as he recounted on his his humanity services rendered so far to the community, noting that, “I think I have an edge over my opponent.

“I have served this community since 1989 till date as their Security Chief. I’ve been the Director of Operations, Vigilante Service and that alone has given me an edge over anybody because saving lives and property is paramount. And so, I’m optimistic that I shall win.

Furthermore, Engr. OAU while commending the Electoral Committee Chairman,  Evan. Oderi Livingston. C. A for a peaceful and transparent conduct of election, admitted without mincing words that no community in the entire world was devoid of communal crisis, however, pledged to ensure a harmonious coexistence among inhabitants of the land. 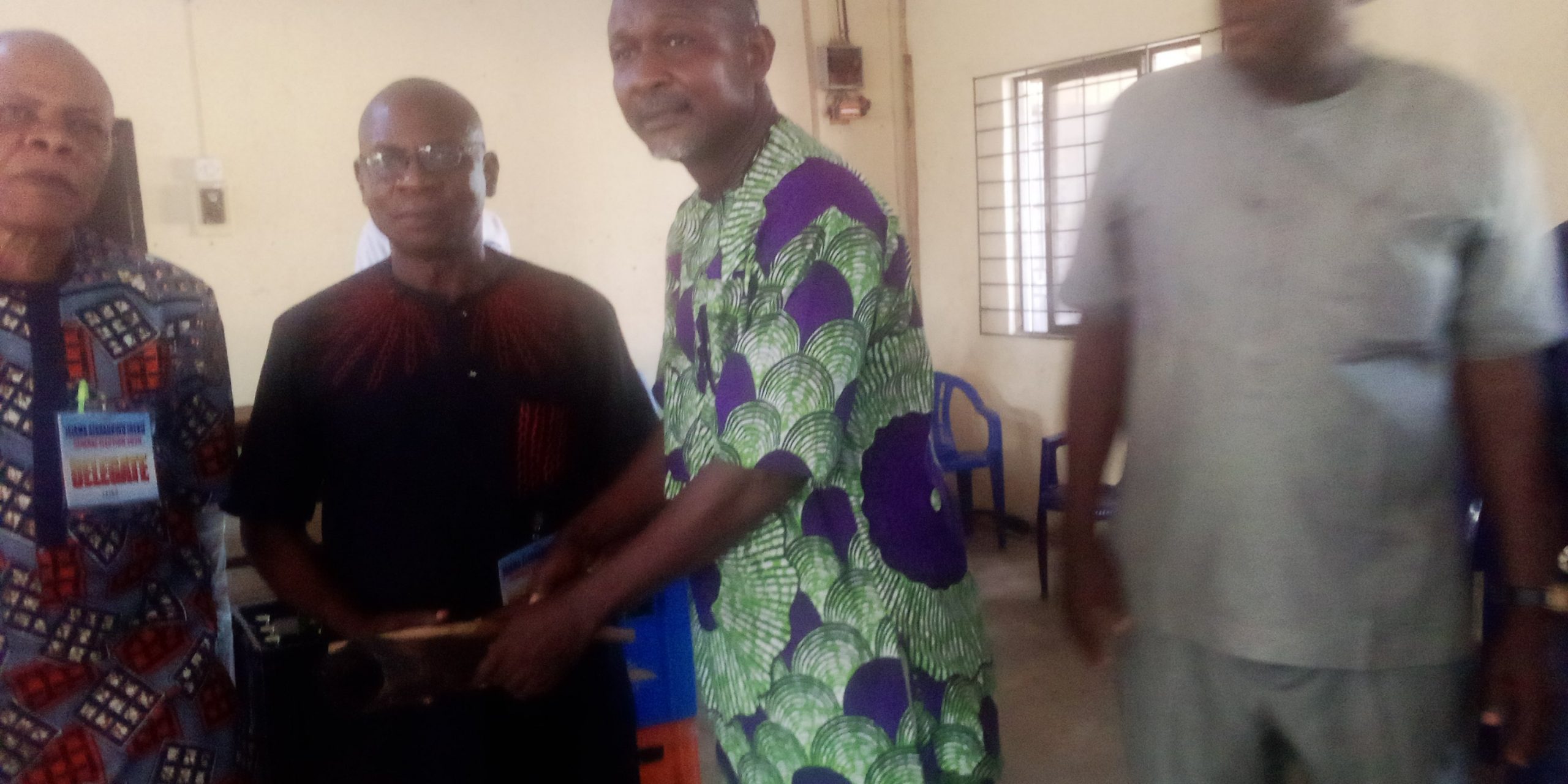 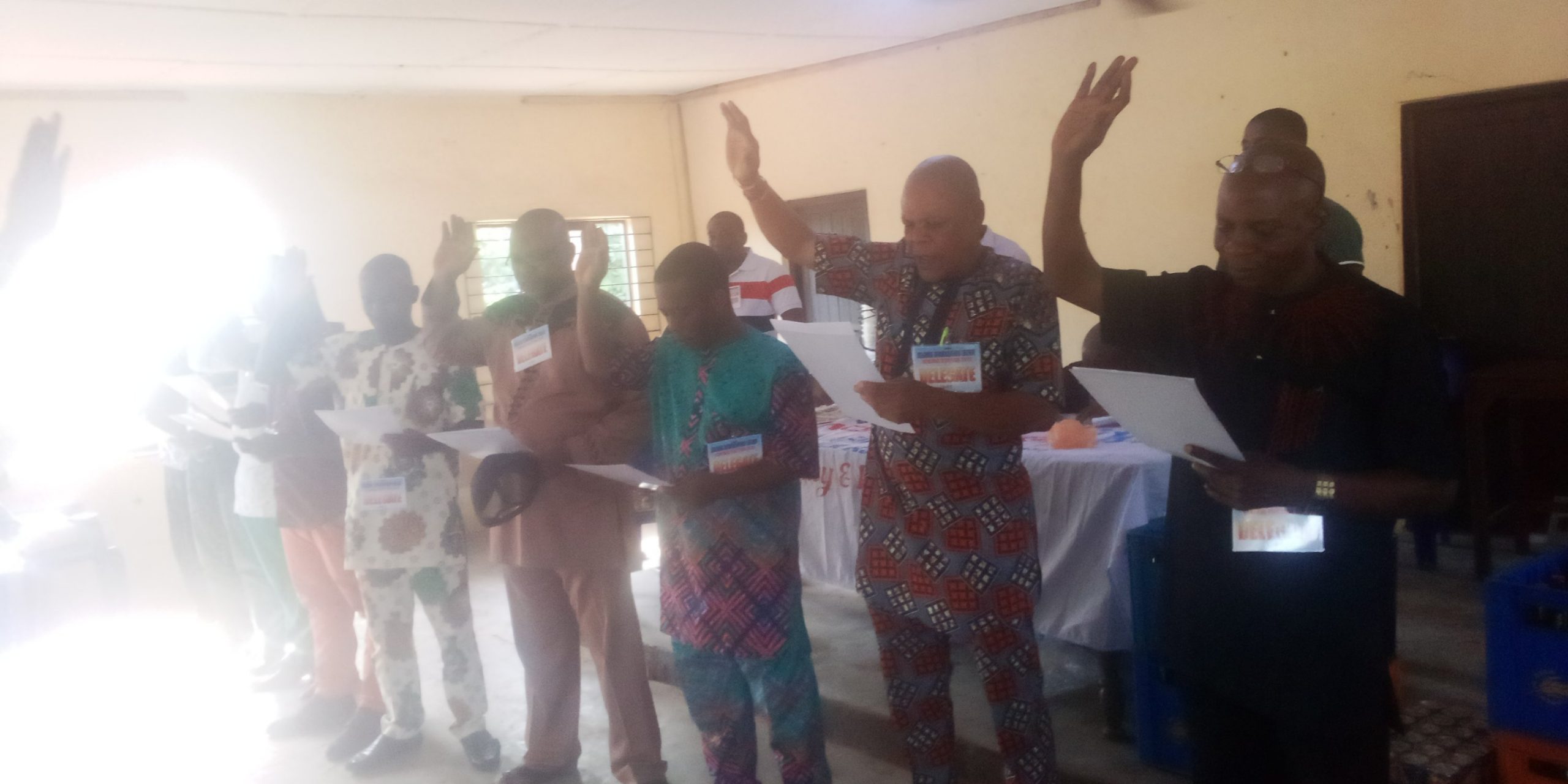 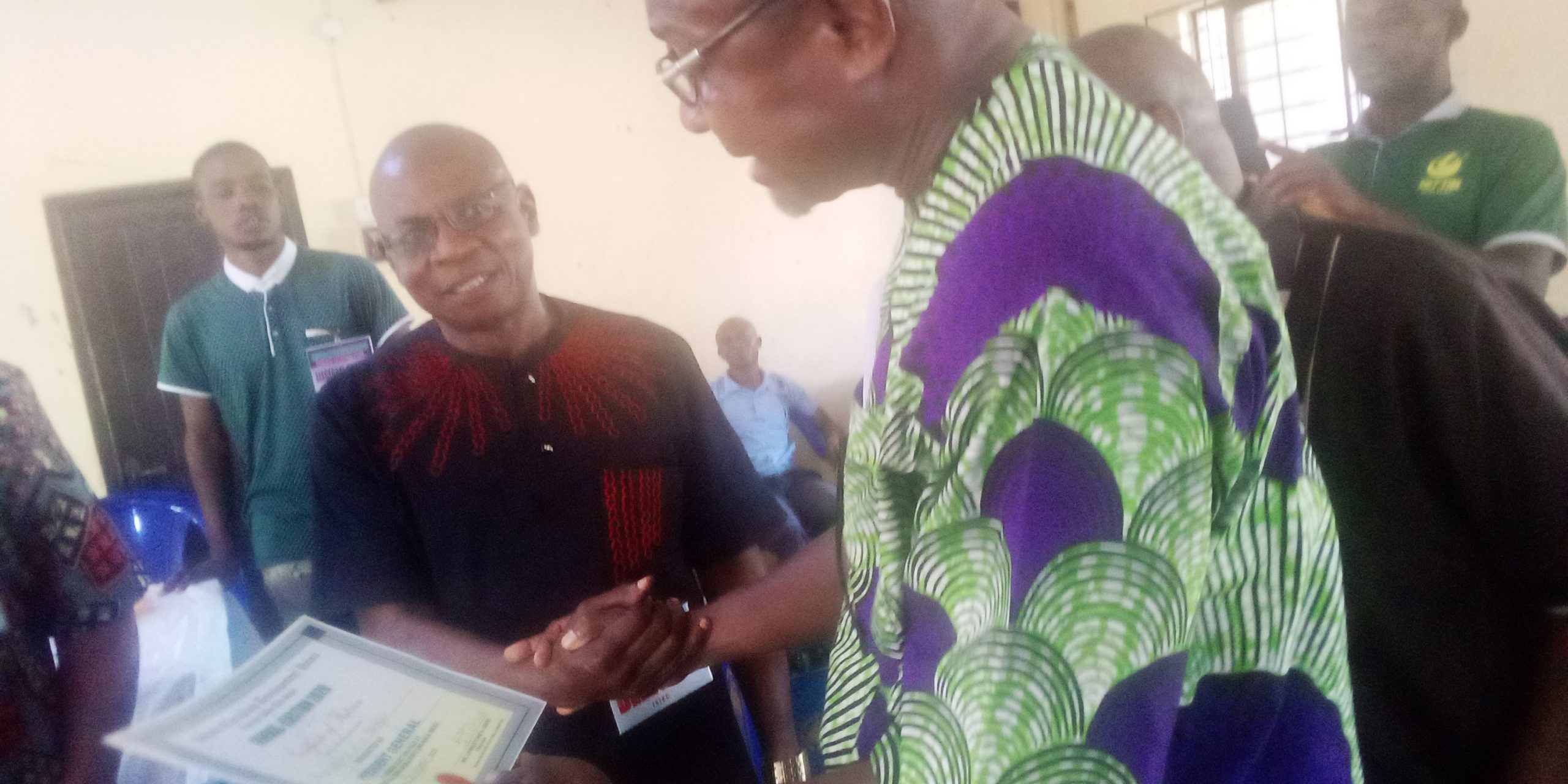 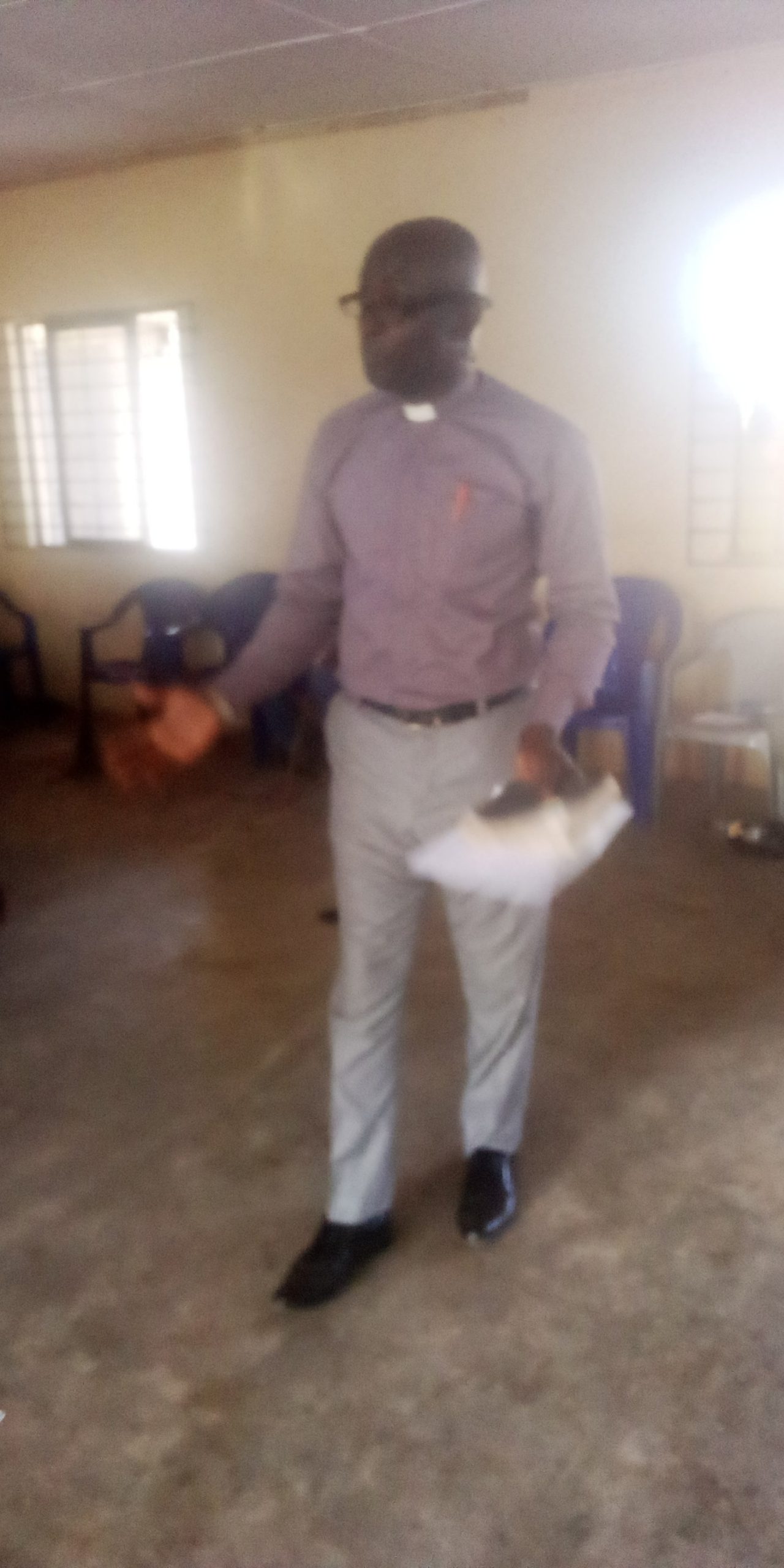 Hear him: I will ensure peace in this community. I know that there’s no community in any part of this world that has no crisis but as far as I am concerned in this Afaraukwu community, I will pursue peace diligently. Secondly, I will fine-tune the security architecture of this community. My emergence will restore adequate safety and security of this land and her inhabitants and I shall definitely continue from where my predecessor, Chief Ikechukwu Ndubueze stopped in terms of projects.”

Also, Chief Benjamin Nwanne Ohaeri, the Vice President whose election was unopposed has this to say: “Deputy or Vice President is like a spare tire. There are two persons contesting and anyone that emerges, l will definitely work with to make sure that the community is moved to a greater height.

On his promise to the people, he said: “everybody in this community beginning from Ndagbo, Etiti labu, Umuobasi, Mgboko, will be represented. I will work for everybody”, he pledged.

Corroborating, the Secretary-General, Oriaku Okezie whose fought and defeated two other opponents, Ikwuegbu Chigozie Samuel and Obike Ugochukwu .S, having won 36 of of 74 votes cast.

“I will make sure that every documentation that has to do with the affairs of the community is intact; I will maintain transparency and truth”.

He regretted that the crux of the challenges the community had been faced with over the years was dishonesty, as he  promised to always stand up for the truth despite all odds, saying “I will be on the line of truth, accountability and above all, humility”, he assured.

Admonishing the newly elected Officials, Ven. Alozie Ray Ofoegbu of the Anglican Communion, Ikwuano Diocese, an indigene of Isiama Afaraukwu warned the team against complacent attitude in the discharge of their duties, pointing out that, “to whom much is given, much is expected”, while reminding them that man must reap whatsoever man sows, according to the scripture.

The illustrious son of Isiama Afaraukwu urged the new Executive particularly the President- General to be of good conduct, adding, “whatever a man sows, that e shall reap.”

In addition, he advised the people to desist from being bad companies to the pg, saying they should always remember the interest of the community in general. Our prayer is that the good Lord who has called you into this office give you grace
Be contented with what you have, noting, the love of money is the root of all evil. Do not allow the wrath of God befall you.

The Clergy charged the people to give the community’s representatives their unalloyed support and cooperation, assuring that the community “shall be taken to a greater height through the efforts of the New Executives.”

In his views, Engr. Nnabuko Gaius Onuigbo of Mgboko community who contested with the PG, in the spirit of sportsmanship, expressed great delight over the victory of his opponent, noting that “it is not a do or die affair because we both have the same goal”, as he prayed for God’s grace upon the PG. 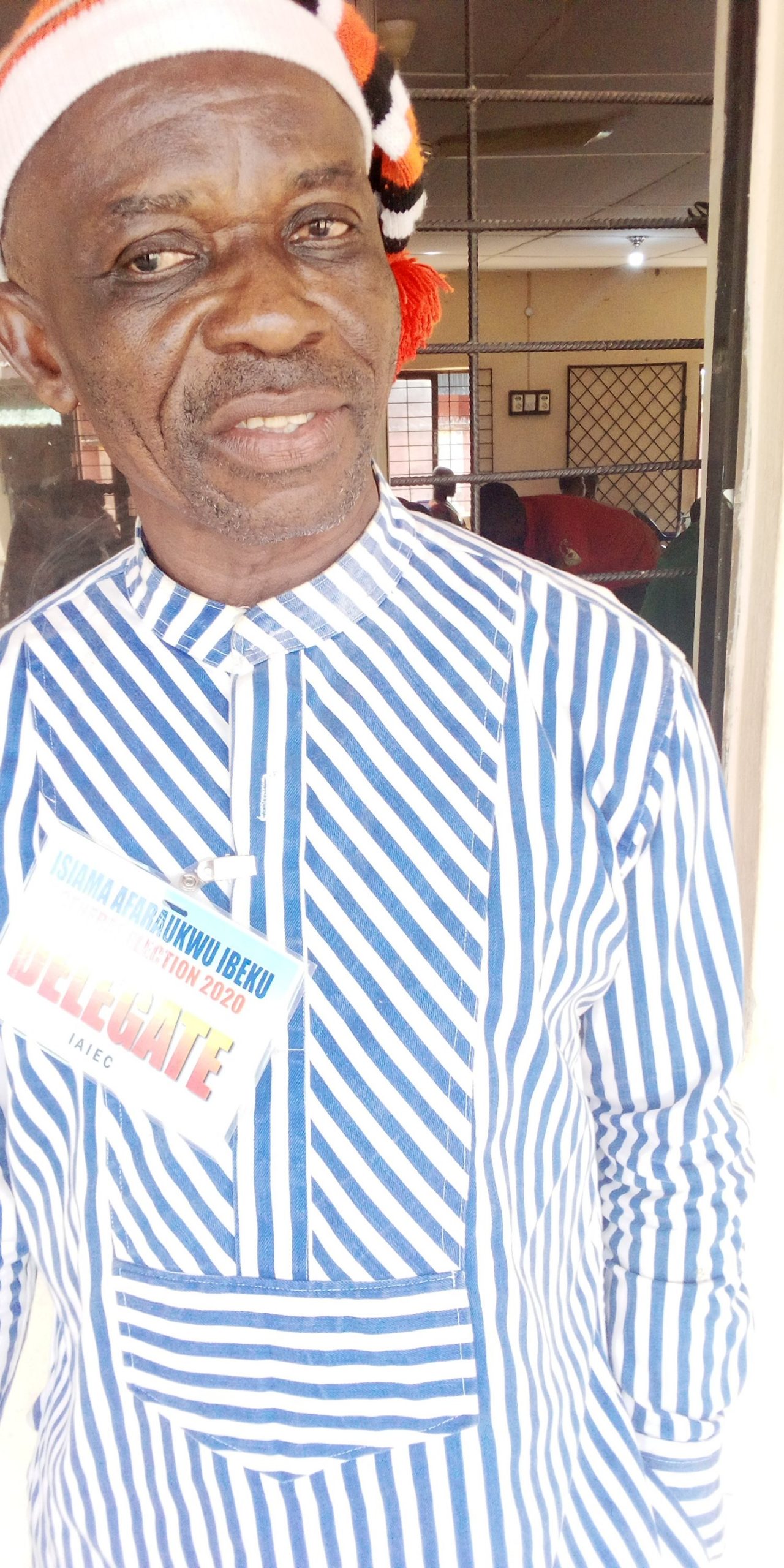 In his remarks, Prince Emmanuel Kanu, the younger brother of Mazi Nnamdi Kanu advised the new PG to “comport himself and make sure he leads us on the path of truth. 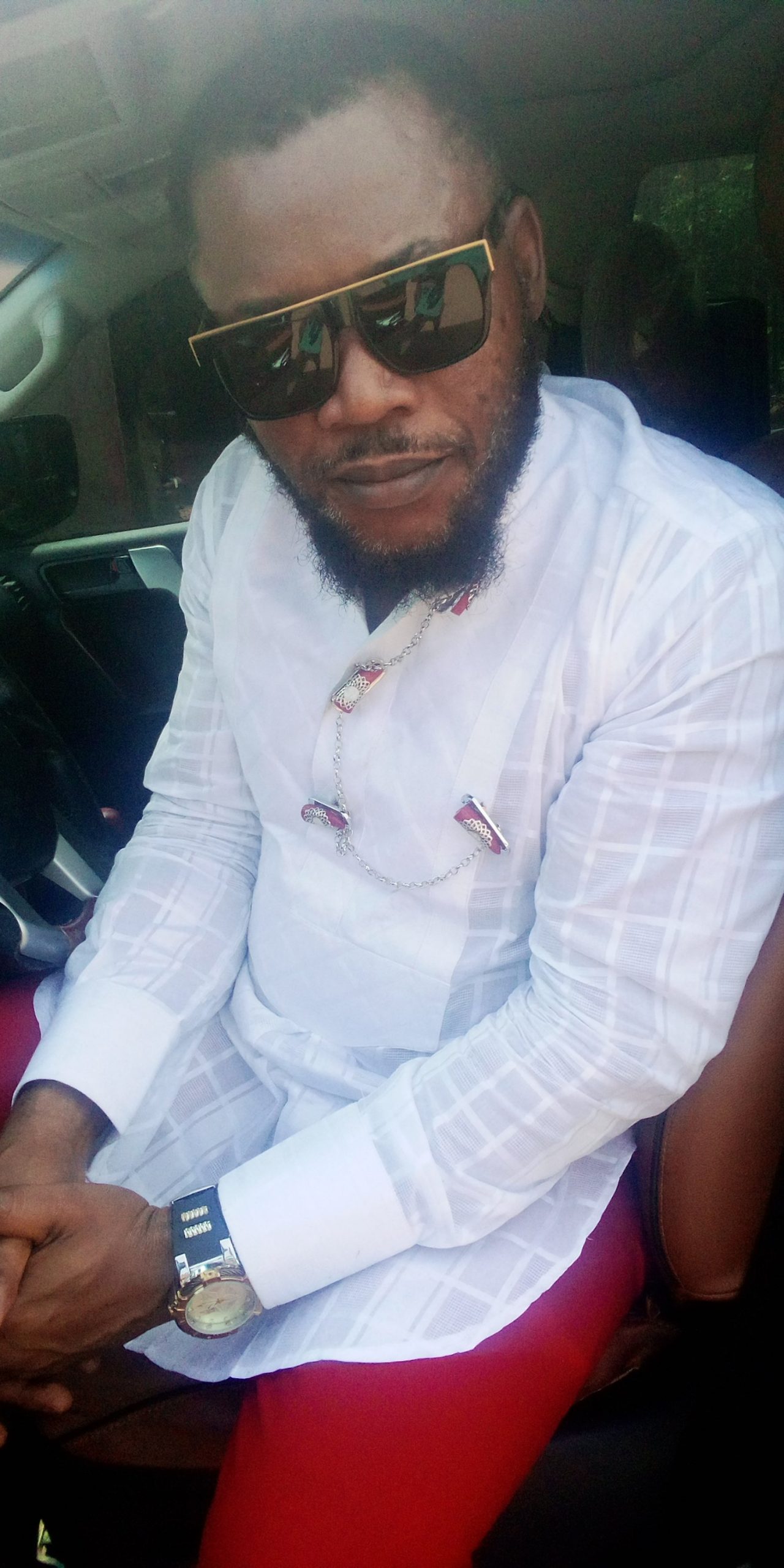 According to him, the presence of the security operatives at the venue was to ensure a credible election.

On the intense cordiality among contestants, he said: “of course, these are matured men who are as well intellectual. Whoever emerges as PG will have our support. It’s about Isiama Afaraukwu and not about individual. He’s to make sure that Isiama is seen as a good place and to maintain peace and harmony”. 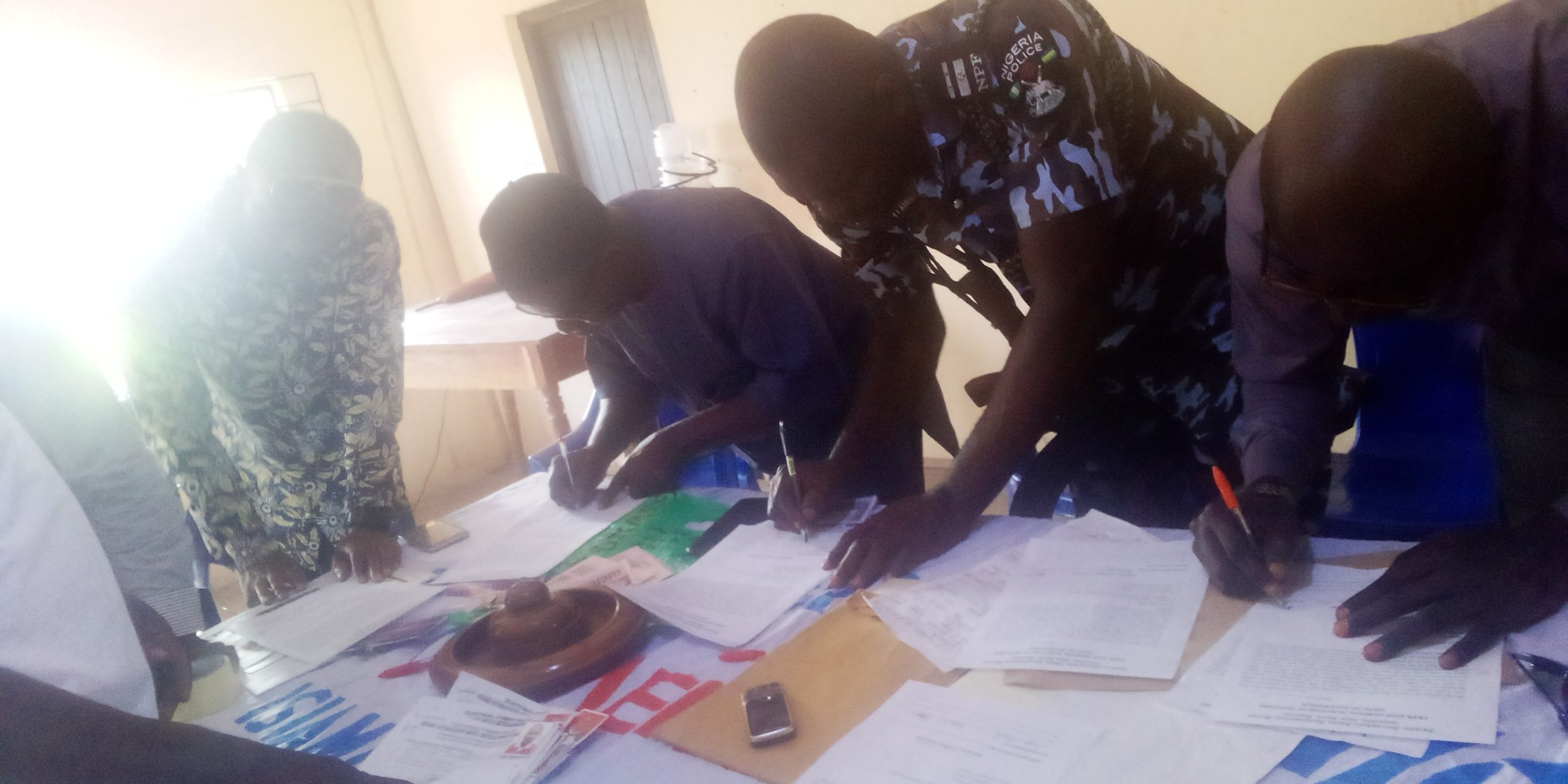 He, therefore, enjoined all and sundry especially contestants who lost in the race to embrace one another, insisting that the credible election was in the interest of the community.

Highlights of the well organized exercise which had in attendance  some security operatives, were the issuance of the traditional staff of authority, (Ofor) to the president general elect, and
Certificates of return to the newly elected officers by
former president general, Chief Ikechukwu Ndubueze.

Meanwhile, Famous Reporters recalls that the  demise of the King of Afaraukwu Kingdom alongside his Queen, HRM Eze Israel O. Kanu and Ugoeze Sally Kanu, respectively, in the end part of the year 2019 had stalled some of the activities of the land, hence the deceased were mourned in accordance with tradition.

Reportedly, the sudden death of the traditional ruler and his wife as it were, had necessitated the hesitation in the conduct of a fresh election which was evidently overdue.

Man who raped me bite my private part,...

Heartbreaking!! Man calls out to coldstonecreamery_nigeria for killing...