Journalists Warned Against Pull Down Syndrome Role In Govt, as Abia NUJ Gets New Chapel

Journalists have been enjoined to always adhere strictly to the various ethics of Journalism while discharging their watchdog roles in the society. 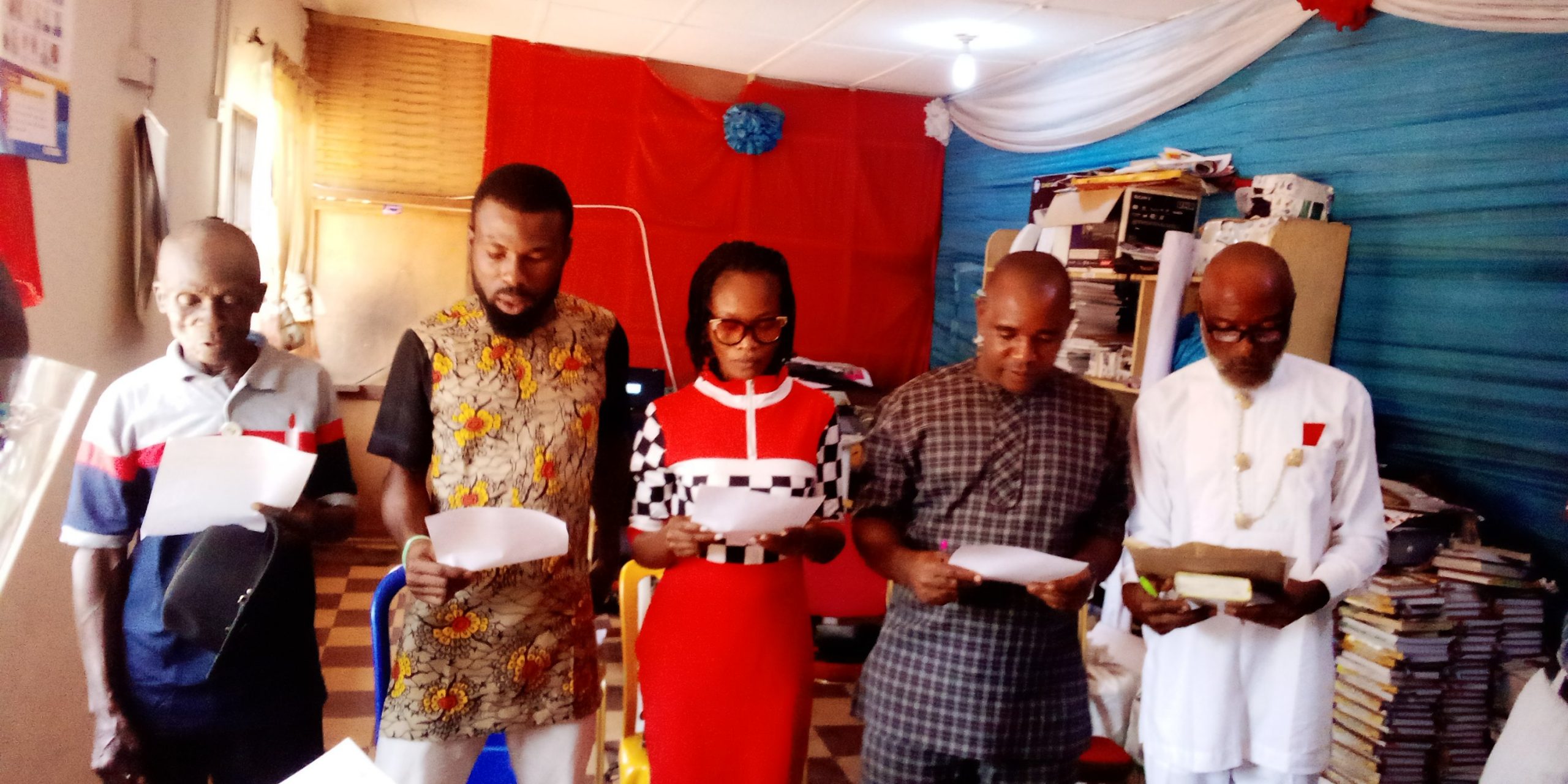 The Abia State Council Chairman of the NUJ, Comrade John Emejor have this charge shortly after the inauguration of the Unity Federated Chapel of the NUJ, today, at Mater Dei Cathedral, Umuahia, the state’s capital.

Cmrd. Emejor who reminded members of the Fourth Estate of you Realtor the need to devote theirs time in engaging in developmental Journalism, stressed that “this is the only way of helping to build as well as advance  the society.” 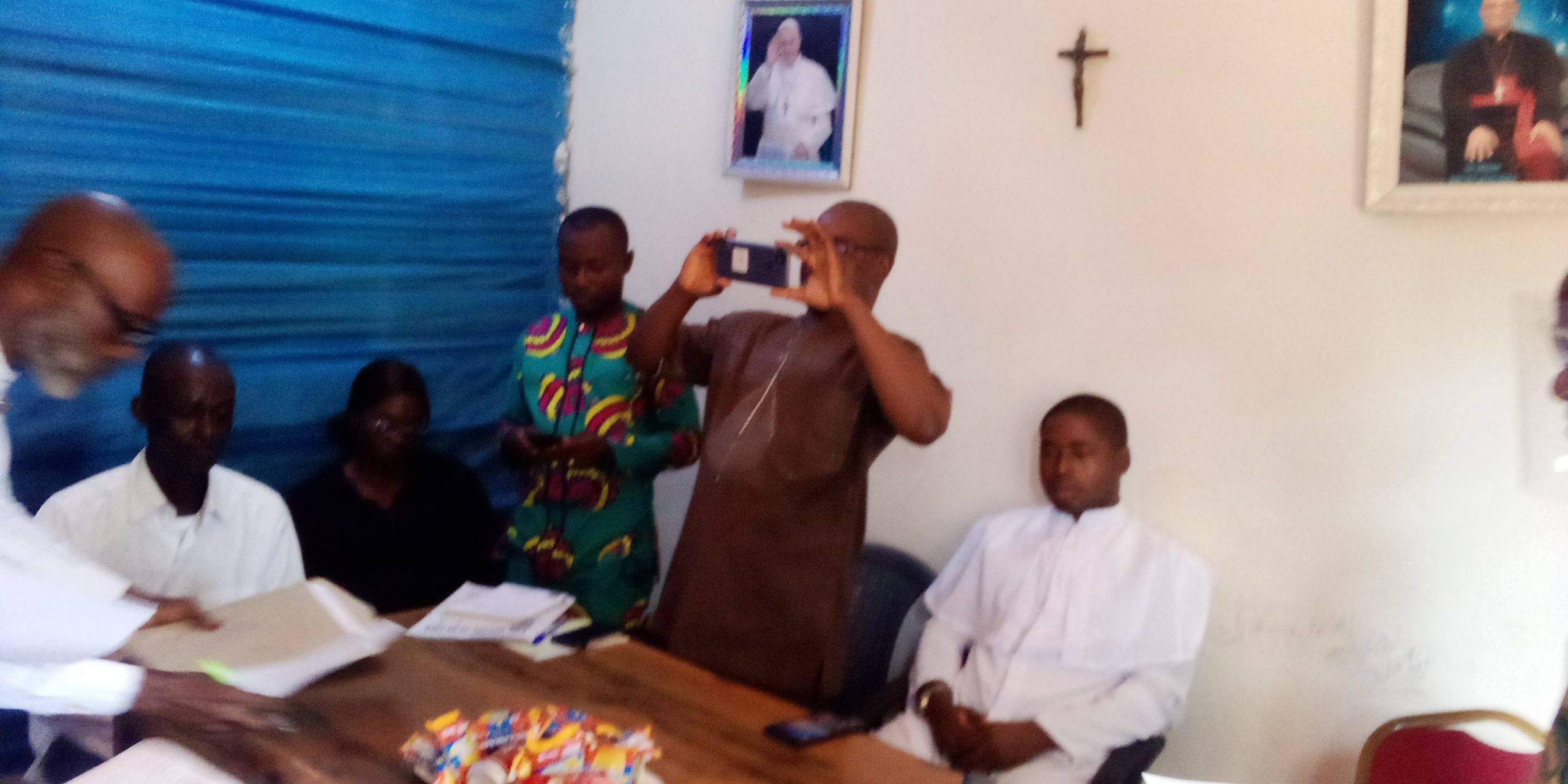 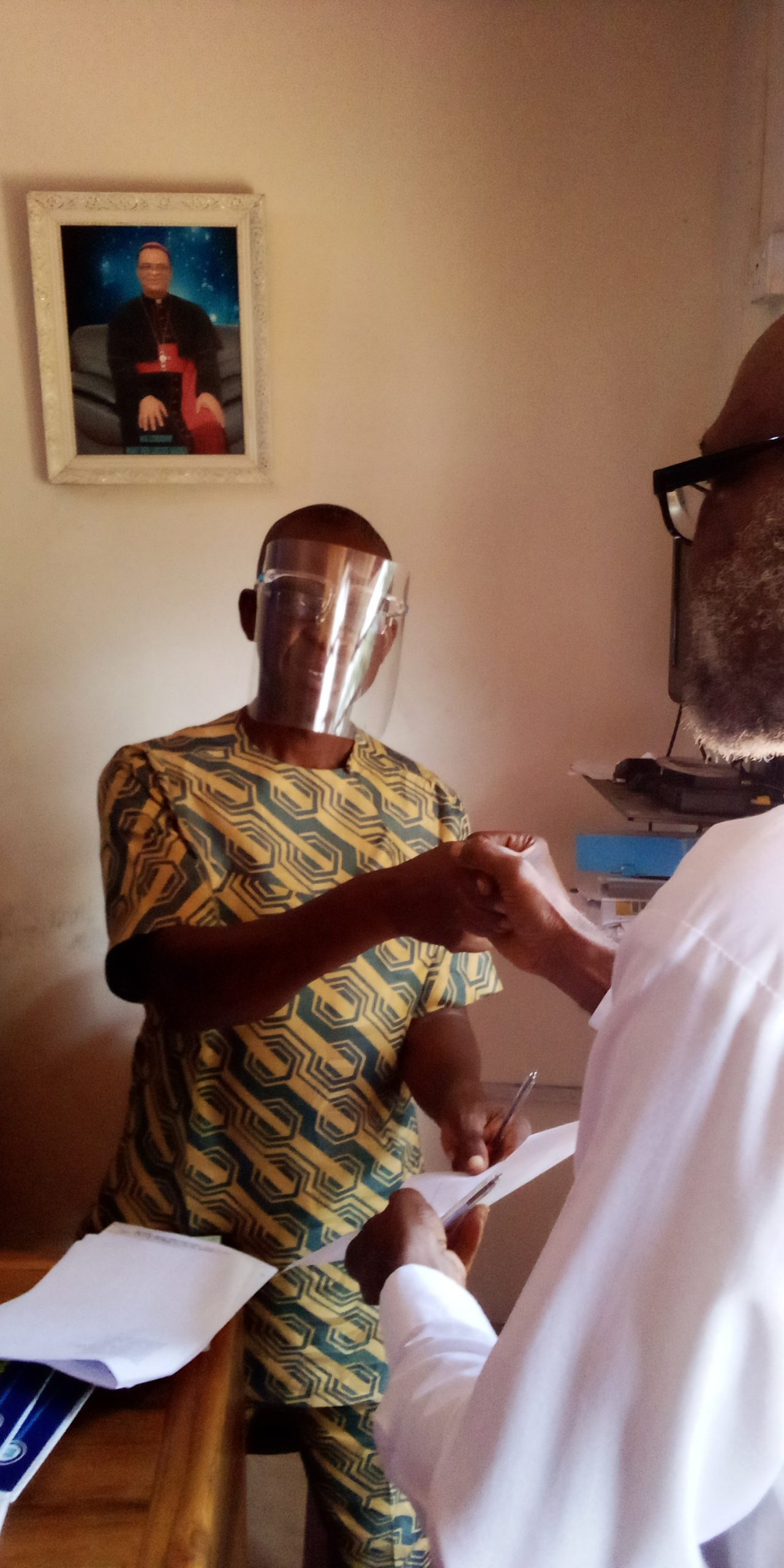 Comrade Emejor maintained that Journalists should be partners with Governments in building the society rather than be seen as fighting the Government at all times.

His words, “Let us not communicate to kill the society, rather we should work to build the society. We should not malign or pull anyone down. We should abstain from wickedness”, even as he frown at the trending pull him down Journalism practice.

“There are issues and problems confronting the State, and we as communicators we are the ones to expand and tell the public what is happening .its not enough to talk about the government is not doing this or that ,tell government the proper way of going about it constructively and that way our society will grow and enlarge.”

On the welfare of the Union, he said: “There are the essence of having a union; to promote the welfare of our members and you find a way and means to do that ,to show that the welfare and union of your members are okay from time to time. With the union, you can get it but as individuals it’s what you can’t get . No union succeeds without finances , there are financial obiligations attached to this chapel towards NUJ, Abia council and more essential to it the National.”

While advising the new executive of the chapel, Ezeogo Boniface Okoro, National Trustee of the NUJ reminded members of the new chapel on the need to be guided by the ethics of the profession.

Responding shortly after the election, the pioneer Chairman of the chapel, Comrade expressed his heartfelt appreciation, lauded the Chairman and executive of the Abia NUJ for considering the Chapel for inauguration, just as he promised to be guided by the constitution of, “Our great NUJ”.

Furthermore, he described unionism as a uniting factor and therefore promised to do all within his reach to carry everybody along, even as he promised that the welfare of members of the chapel will remain a priority at all times.

He commended the managing Editor of Lumen Newspaper, Rev. Fr. Alex Okonta for partnering with the new chapel as well as extending hands of fellowship at this time.

China slams US national security allegations as ‘hodgepodge of lies’

Police evacuate US Congress offices amid clashes with...

Igboland is not a dot and it’s not...