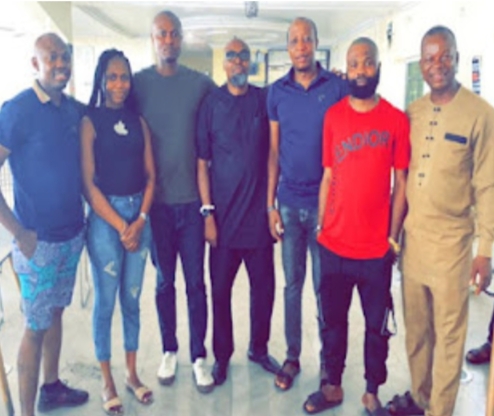 Mr Steve Unegbu of Southeastbreakingnews.com.ng emerged Secretary with 18 votes against Mr Ikokwu Ogbonna of Citytimes.com who got 13 votes

Other positions that were returned unopposed include that of Treasurer won by Mrs Blessing Ogonna Iroha of Factnews.com; Financial Secretary won by Mr Chibuzor Aguwa and Welfare Officer won by Mr Nwaokonkwo Stanley of Evergreenreporters.com

Announcing the results of the election held at Evergreen Hotel, Umuahia, the Chairman of the Electoral Commission, Mr Uche Aguoru described the election as keenly contested and crisis free.

In his remarks, the outgoing chairman. Mr Ugochukwu Nwankwo of Abiapulse.com urged members to see the election with the spirit of sportsmanship. ‘The election has come and gone, lets continue as friends and brothers’, he said.

In his remarks, the newly elected chairman, Mr. Anyatonwu thanked members for trusting him with the mandate and promised to live up to their expectations.