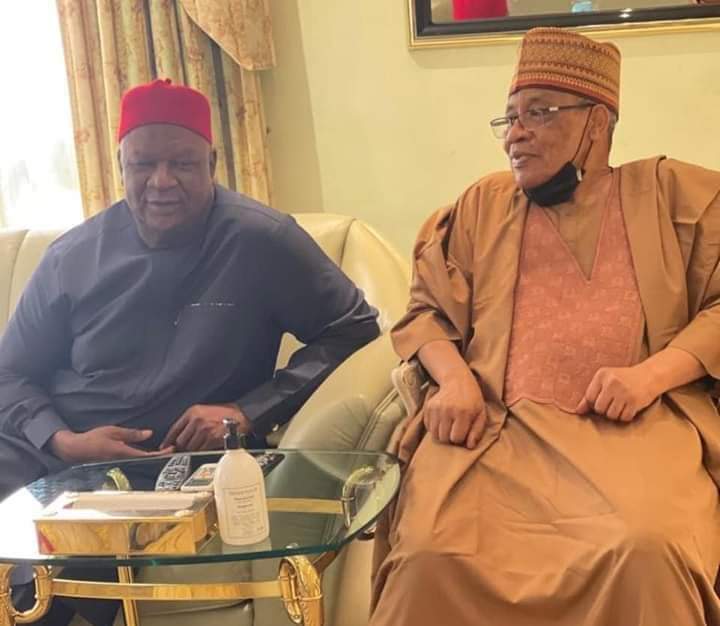 Former Senate President and Presidential Aspirant of the Peoples Democratic Party, PDP, Senator Anyim Pius Anyim has said that he is committed in building a stronger united Nigeria.

According to him, “Today, I was received in a private audience by two of our nation’s esteemed leaders and patriots. I met with former President Ibrahim Babangida and former Head of State, General Abdulsalami Abubarkar.”

“I consulted with them on my intention to contest for the presidency of our beloved country. Both leaders are rich in vision and deep in grasp of our history. They were generous with their wise counsels. I am further emboldened in the conviction that I can make significant contributions in our collective quest to consolidate democracy, build a stronger and more united Nigeria.”