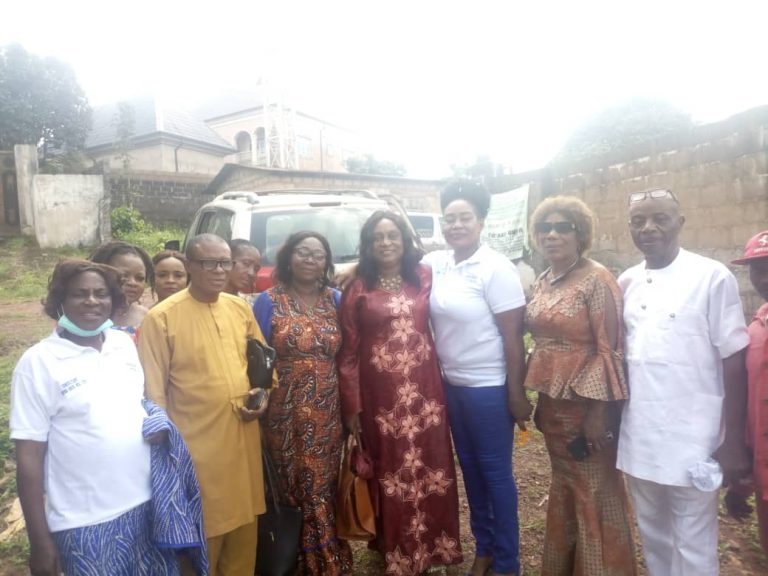 This is even as he emphasize on  the need for Nigerians to access improved health care delivery at all times from professional care givers.

He said the aim was to sure that all terminal diseases affecting Nigerians would be treated and eradicated from the country by the year 2030, inline with the United Nations’ sustainable development agenda.

The exercise which was facilitated by the senator was aimed at the test and  treatment of Peptic (stomach) ulcer diseases.

The Senate chief whip who was represented by the director General Orjr Uzor Kalu movement Rev. Jemima Ola-Kalu, added that the exercise that started in Isuikwuato LGA would continue in Arochukwu Local Government.

He also revealed that his foundation would commence a free medical treatment for cancer patients across all the political wards in the Abia North senatorial district.

He said, “We are aligning our thematic area with the United Nations substanble development agenda 2030 which is to eradicate poverty and provide good health care for all.

“We will ensure that by the year 2030 the patients/doctor ratio in Nigeria which is currently one doctor to 30 patients improves by training more medical doctors”.

The head of the medical team Dr. Grace Onyebuchi Achilike explained that peptic ulcer disease can occur in the stomach and any other part of intestine.

READ MORE:  Rehabilitation of Chukwuma Nwoha: Imolites Jubilate As Gov. Fayemi Did This

She pointed out that the medical out reach was facilitated by Kalu because of his love for the people of Abia North senatorial district and Abia State in General to access quality health care attention.

She said” ‘I had organized a free medical out reach to give back to the society at Igbere last year because of the kind gesture of his Excellency to me when I was a student.

“But being a man that wants good health care delivery for his people our distinguished senator asked that we should extend the free treatment to other Local Governments in his senatorial district.

Some of the beneficiary of the free test and treatment including Mr Godwin Onyekachi Orji, Roseline Eze, Chukwudi Augustine and Iyke Okole commended the Senate Chief whip for the kind gesture, describing it as a privilege to members of the community.