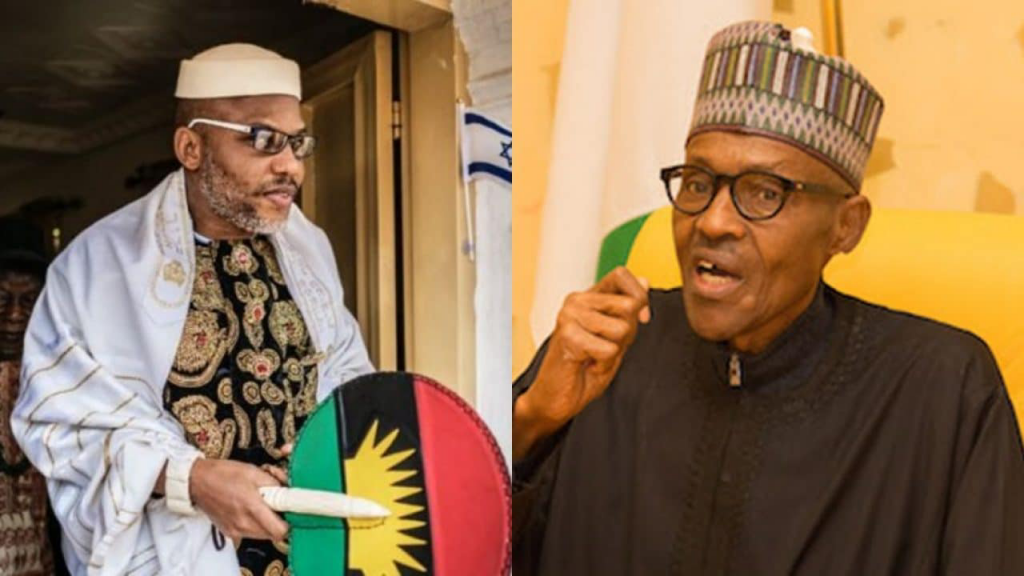 The leader of the Indigenous People of Biafra, IPOB, Mazi Nnamdi Kanu is said to have been seen in a Coffin by a popular Pastor, Daily Post reports.

Pastor Olatobiloba Peters, the Senior Pastor of Divine Mercy Church, in his prophesy, revealed that Mazi Nnamdi Kanu would die in the custody of Nigeria’s secret police, Department of State Services (DSS).

The Cleric said this on Tuesday, noting that IPOB members were enraged and consequently declared war on President Muhammadu Buhari and the entire Nigeria to avenge his death.

Pastor Peters, who enjoined the congregation and lovers of the freedom fighter, to pray against the prophesy, as he urged Buhari and the DSS should treat Kanu’s matter with maximum care.

READ MORE:  Ahmed Joda, man who headed Buhari’s 2015 transition, is dead *What you need to know about Ahmed

The cleric, however, appealed to everyone to pray against this prophecy so that it may not come to pass, adding that Buhari and the DSS should treat Kanu’s matter with care, lamenting that same could incite the mother of all violence in Nigeria.

Peters said, “I see his followers declaring war on the president and Nigerians as vengeance. Nigeria is at a junction.

“I will advise those in power to handle this case carefully because one misstep could trigger the mother of all violence in Nigeria, his group are seriously aggrieved and planning seriously.

“As a man of God, I say Kanu should be treated with care because I see he is currently fragile and his death would have serious repercussions.

“This government should take my words seriously because I see great danger ahead if things are not handled carefully.”

It would be recalled that, prior to Kanu’s rearrest, Peters had disclosed that the IPOB leader may not live till the end of 2021.

Kanu, the leader of pro-Biafra secessionist group, IPOB, was abducted in Kenya and repatriated to Nigeria over a week ago.

Nnamdi Kanu is currently in the custody of the DSS, after the Nyaku ruled that he should be kept with the secret police till July 26 for the next hearing on his case.