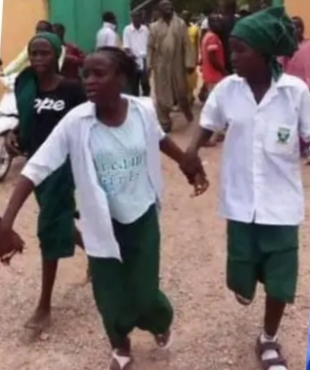 A female student (name withheld) who narrowly escaped abduction in the Thursday’s attack at Federal Government College in Birnin-Yauri, Kebbi State says she believes the gunmen are not Nigerians.

Pandemonium had erupted at the school yesterday, Thursday, as gunmen who drive on motorcycles stormed the school and reportedly kidnapped a large number of students.

It was learnt that among the students abducted were some teachers of the school.

The said attackeds gathered also resulted in the death of one of the Police officers as members of the Nigeria Police who were on ground were overpowered by the gunmen.

Meanwhile, the female student further revealed that two of her classmates, who sustained gunshot injuries during the attack, are currently receiving treatment, following the attack.