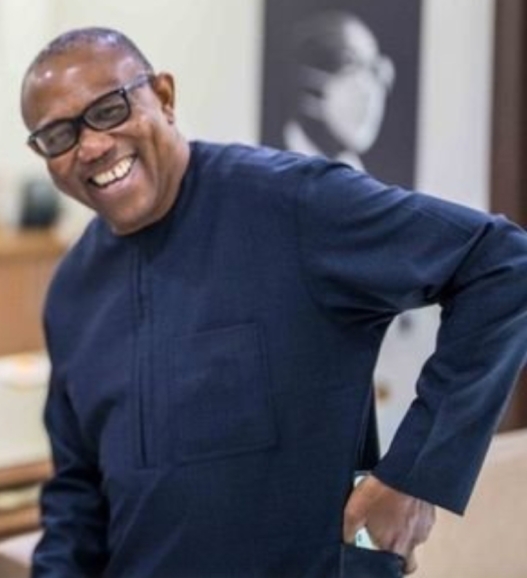 As Nigerians in Lagos State embark on a “#FourMillionMarch” in support of Mr. Peter Obi’s presidential bid, the apex Social Cultural youth Organisation of Ohanaeze Ndigbo worldwide, Ohanaeze youth Council OYC has unanimously urged the Nigeria police, the Military and various security agencies to ensure that no harm is done to any Nigerian participating in the peaceful demonstration.

The Council, through her National President, Comrd. Igboayaka O. Igboayaka advised that security operatives should execute their Constitutional duties tomorrow peacefully and devoid of bloodshed, whatsoever.

The Council, in a release signed by its National President, Comrd. Igboayaka O. Igboayaka and made available to famousreporters.com today, Friday insisted that the youths and every Nigerian in general had the right to exercise their Civic Rights and Responsibilities “and therefore must not be subjected to any form of assault or brutality by anyone, whosoever while they exercise same.”

READ MORE:  Ahead of 2023: IPAC to Appoint Igbo Presidential Aspirant Before Independent Day

He therefore insisted that the youth body would not tolerate any form of intimidation or victimisation of anyone of the participants in the course four million match slated for tomorrow, Saturday, October 1, in lagos state, in the honour of Peter Obi’s presidential candidacy.

The apex youth body, without mincing words, threatened that any harm inflicted on any Nigerian youth becomes an injury to all and must, as a matter of urgency and necessity, be treated as one, saying “and the entire youths of Nigeria will not take such dastardly act with a pinch of salt.”

Continuing, Igboayaka said “we are calling upon the Nigerian police, the DSS, the military and all other security agencies all over the country to ensure that none of our youths nor any of the participants in the four million man match slated for tomorrow holding in Lagos state comes under any form of harm or mistreatment. We will not take it lightly with the security body or anyone who perpetrates; all we’re asking for is to allow our youths rights to freedom of expression and association. Let them exercise their civic right; it’s their right as citizens of this country”, Igboayaka insisted.

READ MORE:  Orji Kalu Cries Out Over Deluge Of Calls To Run For Presidency
*Says party to visit PMB after zoning to S'East

Earlier, famousreporters.com reports that Lagos State Police Command, had, through its Spokesperson, SP Benjahim Hundeyin stated that, “It has become imperative to reemphasize that no form of rally whatsoever will be allowed at the Lekki Toll gate tomorrow, October 1, 2022.”

Meanwhile, Famousreporters.com gathered today, that Lagos State, had earlier on Friday, experienced an influx of a fleet of vans conveying heavily armed security men into the metropolis today, suspected to be prepared to halt the proposed #FourMILLIONMARCH.