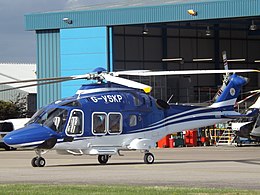 Share
Facebook Twitter LinkedIn Pinterest Email
Kindly Share This Story
The third crew member who initially survived the crash from the helicopter crash in Lagos, in the early hours of today, Friday and was rushed to the Lagos University Teaching Hospital has died.

It would be recalled that the Bell 206-B3 helicopter operated by Quorum Aviation crashed into a building at 16 A, Salvation Road, Opebi, Ikeja Lagos at about 12.05pm on Friday.

Earlier, AIB said it was notified about the crash by LASEMA at around about 12:30 pm Friday and had commenced investigation into “an accident involving a Helicopter Bell 206-B3 with the Nationality registration Marks 5N-BQW operated by Quorum Aviation coming from Port Harcourt to Lagos, which occurred on the 28 August, 2020 at the Opebi Area of Ikeja Lagos. Three Passengers on-board – two fatalities and one hospitalised.”

However, AIB later confirmed that the third person on board the helicopter who was a fitter, died in the hospital.

Meanwhile, an initial situation report released by the Director General and CEO of Lagos State Emergency Management Agency (LASEMA), Dr Olufemi Damilola Oke-Osanyintolu, said “The helicopter was carrying three people, one is in the intensive care unit at the Lagos State University Teaching Hospital while the other two were killed on impact and there bodies have been deposited in the mortuary.”

Asking for assistance, AIB said: “We want the public to know that we would be amenable to receiving any video clip, relevant evidence, or information any members of the public may have of the accident; that can assist us with this investigation. The Bureau will appreciate that the general public and press respect the privacy of the people involved and not assume the cause of the accident until formal report is released.”

A statement from Quorum Aviation explained that a light helicopter belonging to it with registration Number 5N-BQW, flying from Port Harcourt to Lagos crashed between two buildings in Ikeja en-route to Murtala Muhammed Airport, Lagos.

“As soon as we received news of the accident, we promptly informed the aviation authorities, Accident Investigation Bureau and the Nigerian Civil Aviation Authority (NCAA).

“Preliminary reports indicate that of the three souls on board – all crew, two of the crew members lost their lives whilst the third one is currently receiving treatment at a hospital. We have been made to understand that nobody in the building or in the vicinity was injured for which we are grateful.

“In accordance with aviation regulations, the AIB has taken over the investigation process. We hereby ask members of the public to await the outcome of the investigation. We hereby express our heartfelt condolences to the families of the crew who lost their loved ones in this tragic accident,” said the statement signed by the company’s management.