Lawyer Ejimakor’s Death Threat: Where are those who asked why i stopped associating with IPOB?…Ugwuonye, Esquire 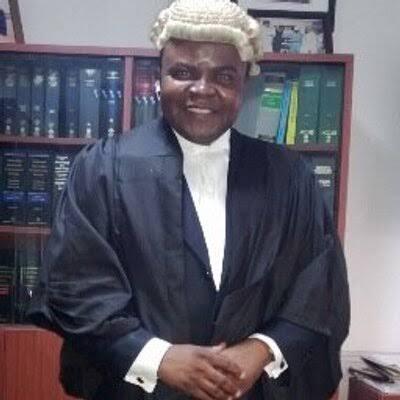 Lawyer Ejimakor’s Death Threat: Where are those who asked why i stopped associating with IPOB?…Ugwuonye, Esquire

In 2016, I undertook to represent more than 100 people accused of being IPOB members in Enugu and Port Harcourt. In 2017, I was publicly seen with Nnamdi Kanu in Court trying to help him get bail. But today, I will have nothing to do with IPOB cases. And many have been wondering why. I have no hesitation in saying that I will have nothing to do with that group, its methodology or its ideology. Call me names, if you like. But before you do, listen to what Barrister Aloy Ejimakor, who is one of the current lawyers to Nnamdi Kanu. He stated on his verified Twitter account that he is receiving death threats “from people I’ve been defending for years.”

What did Ejimakor do wrong to merit death threats from IPOB members? He merely did his job well, as a lawyer. Nnamdi Kanu is in detention in Nigeria. For him to be associated with calling for a sit-at-home from detention will worsen his case. It will be impossible to grant him bail if he could be threatening the state from detention.

In fact, since the people that can see Nnamdi in detention are only his lawyers, it will be believed that the only way Nnamdi Kanu could pass information to his followers is through his lawyers. So, if he could call for a sit-at-home from detention, it means his lawyers are involved in that. Such will not only harm the case of Nnamdi Kanu, it will also make his lawyers complicit in the activities of IPOB, and expose them to disciplinary measures. But only an experienced lawyer with integrity such as Ejimakor would know this. A rabble rouser lawyer like Mr. Ifeanyi Ejiofor does not know this, which is why Ejiofor is an ideal lawyer for IPOB. 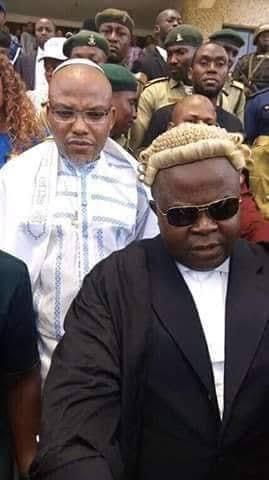 Thus, Ejimakor has a duty (to Nnamdi Kanu and the legal profession) to clarify that Nnamdi Kanu did not pass the sit-at-home order that was started about three weeks ago through him (Ejimakor). He noted that the order “was already delivered by others days before I visited him on 9th August.” He had to distance himself from the order and he has to try to create deniability for Nnamdi Kanu for that. But the ignorant people of IPOB did not understand this. So, they threatened to murder Ejimakor.

Looking back, I feel more justified for telling Nnamdi Kanu in 2017, during my visit to him in prison, that it would be impossible for a serious-minded lawyer in Nigeria to represent him.

Ejimakor was forced to write: “I can no longer keep quiet because I’m receiving DEATH THREATS from people I’ve been defending for years. Hear this: Onyendu DID NOT pass the SIT AT HOME message through me. The message was already delivered by others days before I visited him on 9th August. Check social media,”.

The truth, which I discovered as early as 2017, is that Nnamdi Kanu could not maintain control over the forces of Biafra which were being unleashed in the name of his IPOB. He only lent his name, naively, to those forces. The fact that the sit-at-home order went ahead even after IPOB had openly called it off shows you something. It shows you that there are forces operating behind the Biafran agitation which are outside the control of Nnamdi Kanu and IPOB. What and who are these forces? Indeed, those forces could be from elements within the Nigerian state itself. The aim of those forces could be to create as much chaos as possible and then benefit from the destabilization that will result therefrom. Nnamdi Kanu is just the one that naively personifies these forces that are clearly outside his control – a kind of posterboy for what others are doing.