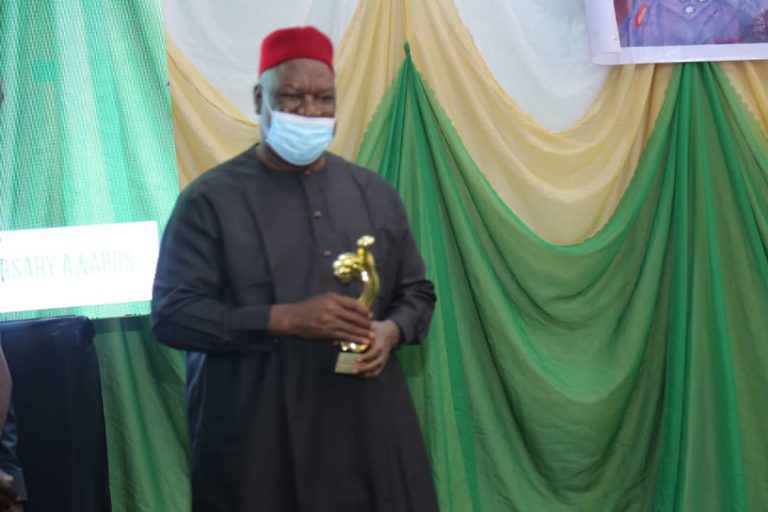 The League of Patriots has congratulated former Senate President, Senator Anyim Pius Anyim, on being conferred with an award of excellence by UK-based media group, TheNigerian News.

According to a statement signed by its president Hon. Samson Agbo on Friday, the group said the award is an acknowledgement of Senator Anyim’s numerous contributions to the nation’s democracy.

At an event to mark the company’s fifth anniversary in Abuja on Thursday, the former Secretary to the Government of the Federation was conferred with an award as ‘Grand Icon of Democracy’.

Senator Anyim was presented the award by His Royal Highness, the Emir of Lafia, Justice Sidi Bage (rtd).

READ MORE:  One third of Africa will be vaccinated this year: WHO

Congratulating Senator Anyim, the group said his many records of quality service delivery and courageous contribution to the advancement of democracy in Nigeria is unrivalled.

It added that Anyim is a great patriot who has carried out his national assignment with an unflinching commitment to national interest.

The group, however, urged other political leaders in the country to emulate the former SGF.