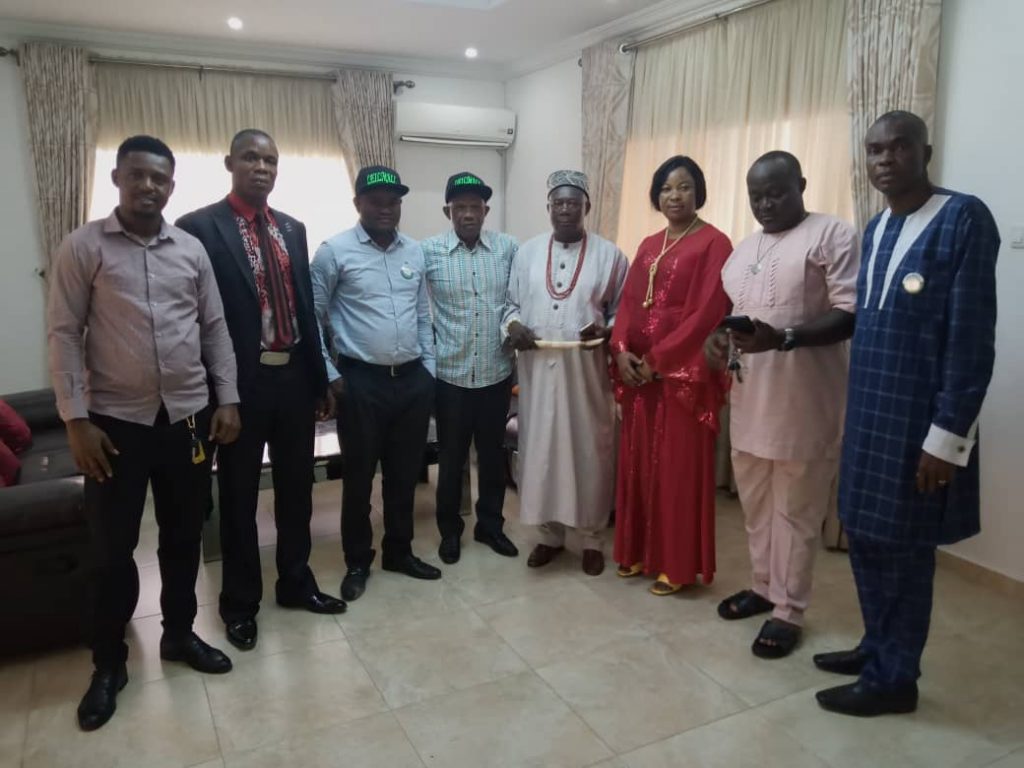 A prominent son of Ude Ofeme, Ohuhu kingdom, in Umuahia North LGA of Abia State, Amb. Empire Kanu of has urged the entire people of Ofeme to embrace the golden opportunity for massive fish production presented to them by LEIMALL, an American-Asian based company, describing Agriculture as the bane of livelihood and a veritable source of revenue for Abia state.

Amb. Empire who gave this charge in a chat with FamousReporters, in his Ude Ofeme country home, shortly after Chief Marketing Officer, (CMO), LEILMALL, Amb. Emmanuel Chigbogu Nwusulor JP led some stakeholders ed by to the community, in their quest for partnership.

Empire pointed out that Leimall presented to Ofeme, life changing opportunities, noting that Agriculture remains one of the major tools that has contributed immensely to the increase of the Government revenue in the state.

The renowned philanthropist outlined that the impacts of American-Asian based company that which had, over the years, proven notable expertise in major fields, ranging from medical, IT, farming and food production thus providing a sustainable large scale fish farm plant to Abia, would, in no doubt, outlive the present generation.

“Leimall is an American Asian based company, Leimall. They’re into Medical, IT, Farming and food production and most importantly they have medical association in india. And such Agro business cannot be swept to the background because it has remained one of the tools that had contributed immensely to the increase of the Government revenue in the state”, he said.

Empire who spoke with an aura of confidence, reiterated that the dividends of situating an elephant project as that in the community, would among other benefits, aid growth and development in the area and state in general.

On whether the community could still claim ownership of their lands, Empire stated: “This company is acquiring lands across eastern Nigeria to raise food products like cassava, tomato, and all sort of integrated farming. It is going to be a partnership so I advise my people to disabuse their minds from any negative thoughts.

Continuing, he said: “Our partnership with LEIMALL promises to create a long lasting impact in Ohuhu land. There is no need for fear, they are not buying off our lands but partnering with the community and also, the government to make sure the project succeeds in terms of water project, security and other amenities.

“LEIMALL’s fish project is a multi- naira project where we produce a lot of fish and fish meal and a lot of people into fishery will be coming here to buy the fish products and we’ll be doing a lot of exports also.The benefits of this project in my community is a one time offer that will bring development, generate revenues and equally create job opportunities for our people”.