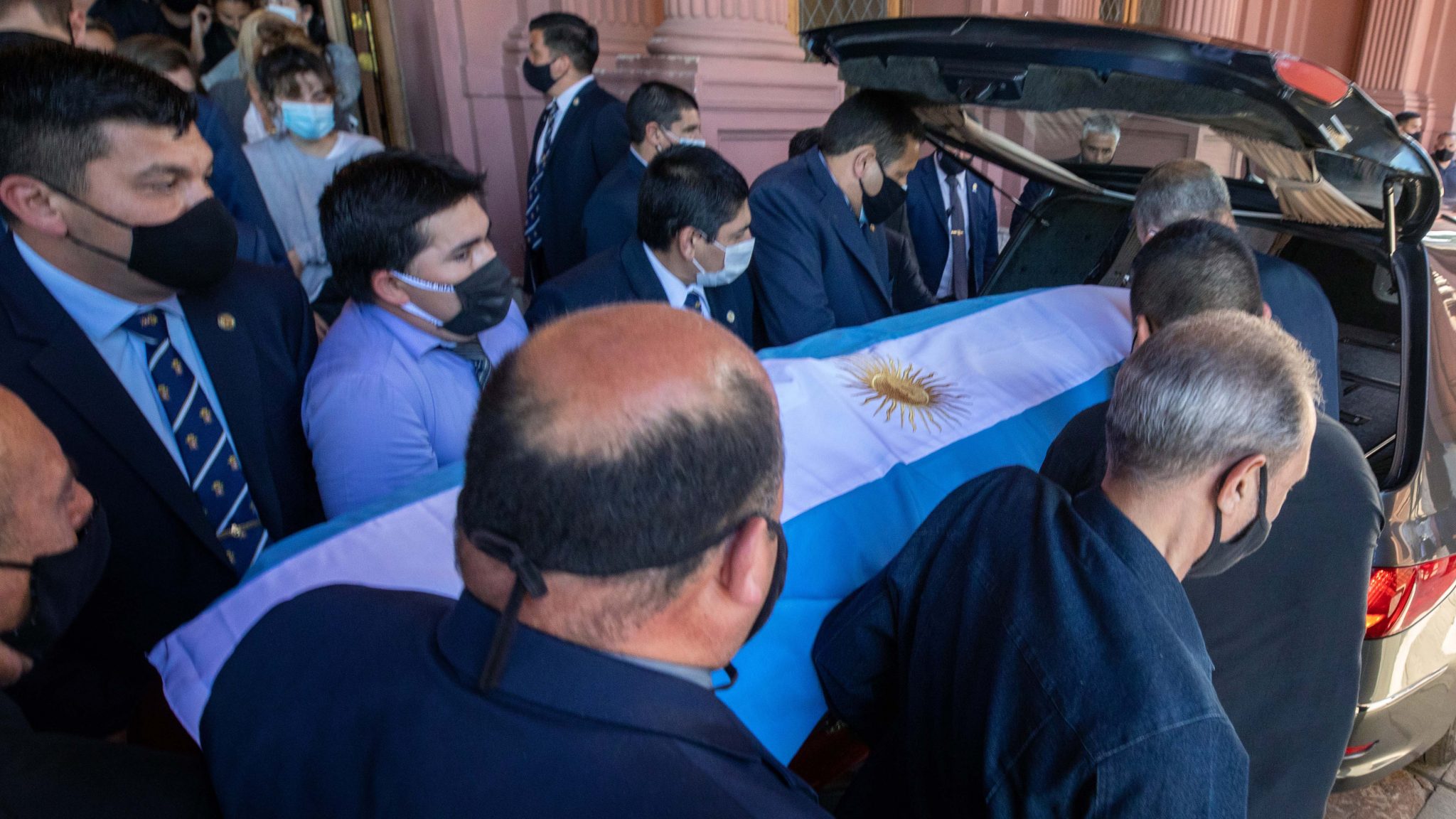 EDITORS NOTE: Graphic content / Handout photo released by Argentina’s Presidency press office showing the coffin of the late Argentinian football legend Diego Armando Maradona being placed in the hearse, outside the Casa Rosada government house, in Buenos Aires, on November 26, 2020. – Diego Maradona will be buried Thursday on the outskirts of Buenos Aires, a spokesman said. Maradona, who died of a heart attack Wednesday at the age of 60, will be laid to rest in the Jardin de Paz cemetery, where his parents were also buried, Sebastian Sanchi told AFP. (Photo by ESTEBAN COLLAZO / Argentina’s Presidency Press Office / AFP)

READ MORE:  Can we trust China claims of virus success?

Amid blaring sirens and surrounded by motorcycle police outriders, the funeral cortege swept quickly through the streets around the presidential palace, where thousands of fans had filed past Maradona’s coffin since early morning.

The lying in state, which had been extended to cope with the crowds surrounding the palace, was cut short by the family and officials after unruly fans took over an inner courtyard of the presidency.

Police then clashed with fans in the city center as the event threatened to descend into chaos.

The cortege avoided the main 9 de Julio avenue where many fans had gathered, and instead sped onto a highway out of the capital, following by dozens of photographers and cameramen on motorbikes.

Maradona was to be laid to rest at the Jardin de Paz cemetery on the outskirts of the Argentine capital after a private family ceremony.

Weinstein moved to jail after having heart surgery