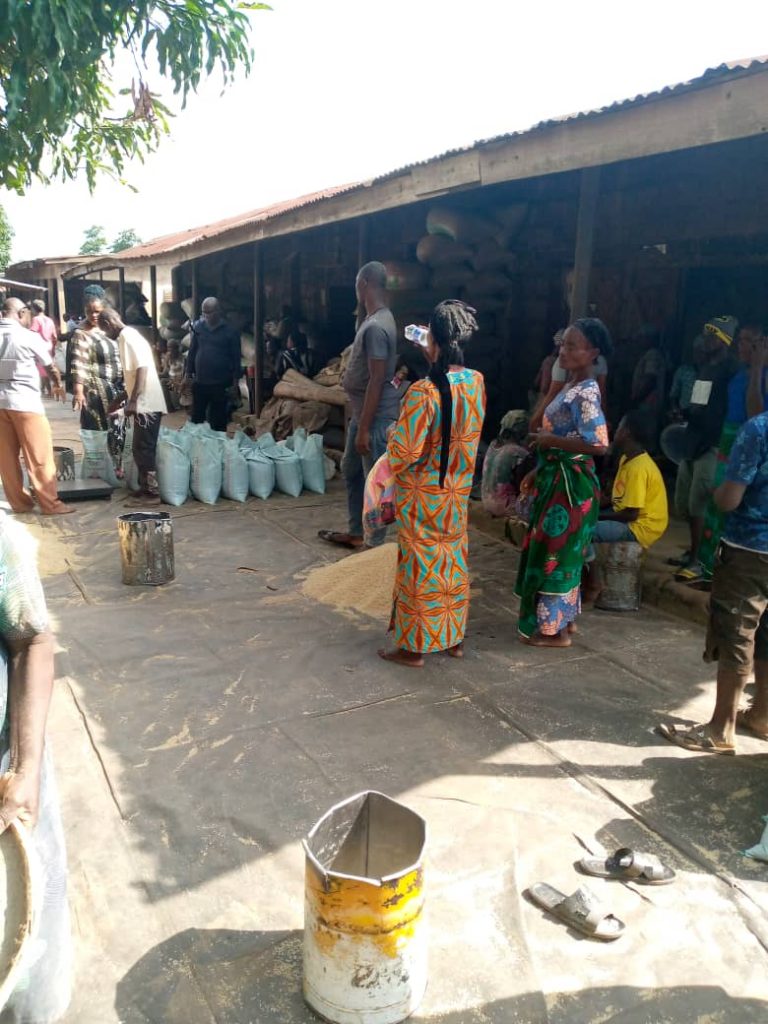 This is following the counter distraction delaying the mill from conducting their election after state government intervention of request for the removal of the former caretaker Chairman, Hon Samuel Ogodo.

According to Chief Maduka Anigor, he alleged that the Ebonyi Rice World Manager hinted that the duo who had installed the former mill chairman boosted that the Industry would never have their peaceful election unless they concede to his demand.

He noted that rice mill owners with the ugly experience of the past leadership which was imposed on them insisted that the industry’s constitution on electing their representatives must prevailed.

He alleged that Hon. Uguru who boosted of his relationship with one of the political chieftain in the state who is the former South East Zonal Chairman of People’s Democratic Party, Chief (Hon) Austin Umahi, said the rice mill owners must allow his choice candidates to rule the mill or continue to suffer perpetual business bankrupt.

Chief Anigor who explained that he had spent not less than thirty years in the milling industry lamented that of all the time spent by Hon. Samuel Ogodo as their caretaker Chairman the mill witnessed highest level of business stagnancy since all their customers from rural areas stop coming to mill their rice due to high taxation and unnecessary extortion from boys allegedly planted by Hon Mathew Uguru.

Speaking, one of the traders who gave his name as Mr Sylvester Ugwumba told us that he stopped coming to the mill after about a year ago due to excessive taxation from the immediate dissolved caretaker Chairman.

He noted the mill which was a behoove of rice all of a sudden increased their prices of empty sacks, toll charges and other unecessary extortion that was not in the market.
“Abakaliki Rice Mill is our major place of buying rice since I started my business since past twenty years but all of a sudden things started increasing everyday”.

“I got a call some weeks ago that government had intervened and normalcy has been returned, I came and see by myself that the market is now at peace and price returned to a considerable amount as seen in other mills”.

Corroborating the report, another stakeholder in the mill, Mr Ignatius Chinedu revealed that he has it in a good authority that Hon Uguru has forwaded some names to Chief Austin Umahi as to be impose on them as new executive of the Industry among:Mr Jeremiah Oduma,as Chairman, Chijioke Iloduba as Vice Chairman, Emmanuel Onu, as Financisl Secretary and Sunday Oyota as Treasure.

When contacted the General Manager Ebonyi Rice World, Hon Mathew Uguru on phone, said that he is not a member of rice.

He said”Journalist, do you believe that thing that they told you and besides, I am a member of rice Mill”.

Meanwhile, Mr Sylvanus Njoku appealed for free, fair and creditable election, adding that the Industry’s image has been badly affected with the last caretaker leadership and imposing another group of leaders with the government instrumentality as threatened by some stakeholders in the state would do more harm than good.

Mr Njoku called the state Governor, Engr David Umahi, which according to him has listening ear to intervene by ensuring that the leadership of the mill follows the Constitutional principles of the Industry.

Just in: Ekweremadu may join APC, discussion at advanced stage