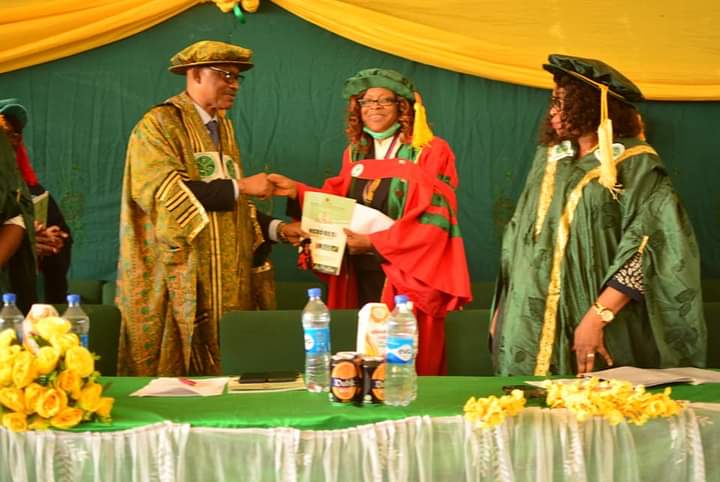 By our guest writer

Although the numerous destructive effects of microorganisms on man have been the focus of a wealth of scientific researches, they still offer a plethora of benefits in various areas.

This was the position of the 51st Inaugural Lecturer of the Michael Okpara University of Agriculture, Umudike, Prof. Uchechi Nnembuihe Ekwenye in her lecture entitled, “Microbes: Friends and Foes”.

Delivering her lecture at the ETF Hall of the University on Wednesday, Prof. Ekwenye maintained that though microorganisms such as viruses, bacteria and fungi are disease-causing agents.

She said: “They are beneficial in the areas of food production and improvement; advancements in medicine and agriculture; as well as the improvement of the environment.”

The Professor of Microbiology and a recipient of the Elsevier Award of Excellence in Research, the focus of the nation, ought to be on enhancing microbial applications and friendly microorganisms for the benefit of all.

Earlier in his opening remarks, the Vice-Chancellor, Prof. Maduebibisi Ofo Iwe described the inaugural lecturer as one of the pioneer staff of the University who has contributed immensely to its growth since its inception.

Prof. Madu Ofo Iwe extolled the vast knowledge and leadership qualities of the inaugural lecturer which he said is evident in the plenitude of accolades she has received across the globe in the course of her glittery academic career.

The lecture was attended by members of the academia from within and outside the University, as well as family and friends of the inaugural lecturer.

Meanwhile, the event also featured a presentation of gift items to the inaugural lecturer by representatives of the College of Natural Sciences (COLNAS).